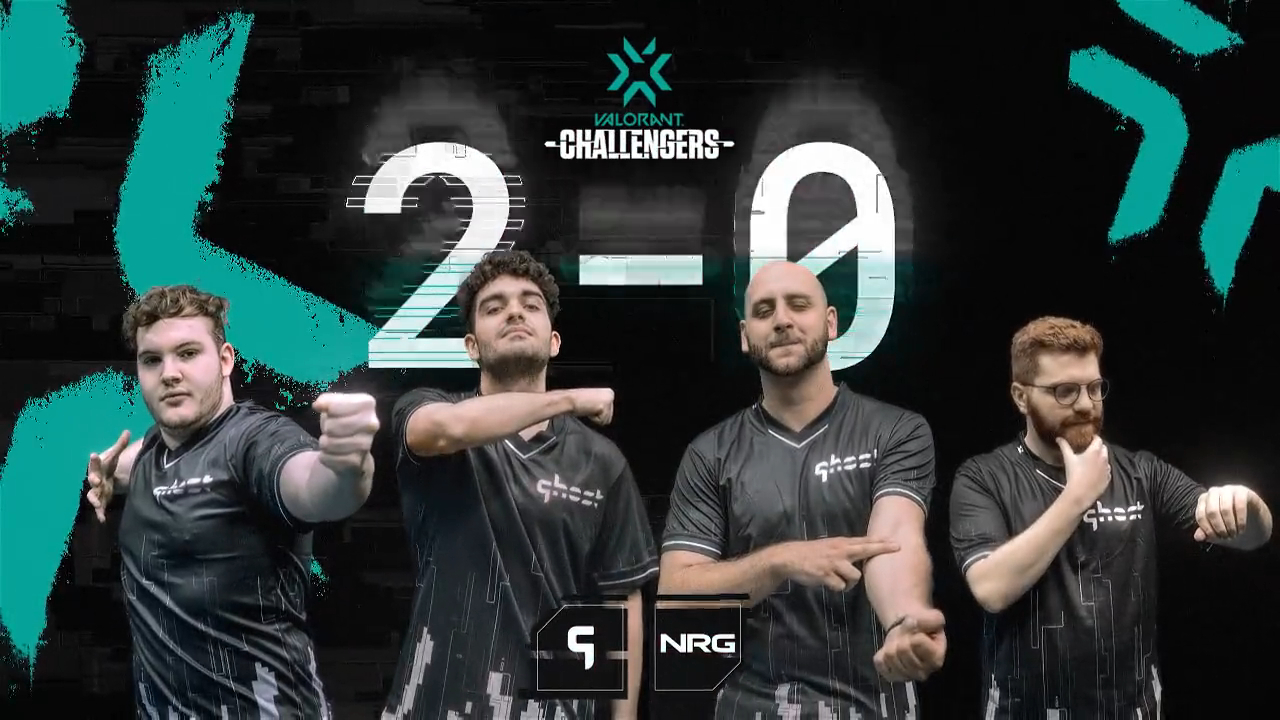 Ghost Gaming moves to 2–1 overall in the VCT Challengers 2 group stage after sweeping NRG Esports, who are struggling after a strong start to the event.

Ghost opened the best of three series with a win on their map pick of Haven after taking a four-round lead at the half over NRG. While NRG squeezed two rounds on attach, Ghost was able to close the second half out 13-6 to go up 1–0 in the series. Marc-Andre “NiSMO” Tayar was the one getting all the kills on the side of Ghost as he walked away with a 2.09 KD on Raze after getting nearly 25 kills and only 11 deaths.

To avoid the sweep NRG would have to regain control on their own map pick of Breeze. But, Ghost carried the momentum they had from Haven into the next map and quickly took the first eight opening rounds. NRG were able to claw back three rounds of their own to give Ghost a six-round lead at the half.

With the lead behind them, Ghost was able to continue stream rolling NRG during the second half to finish Breeze 13–5. Once again NiSMO was on top for his team with a 2.7 KD using KAY/O on NRG’s map pick.

After having a dominant performance during the open qualifiers for VCT Challengers 2, NRG has fallen flat in their recent matches against XSET and now Ghost Gaming. They will have to bounce back in order to make it to the playoff stage.

Up next, NRG will play 100 Thieves on June 5 while Ghost will face TSM.