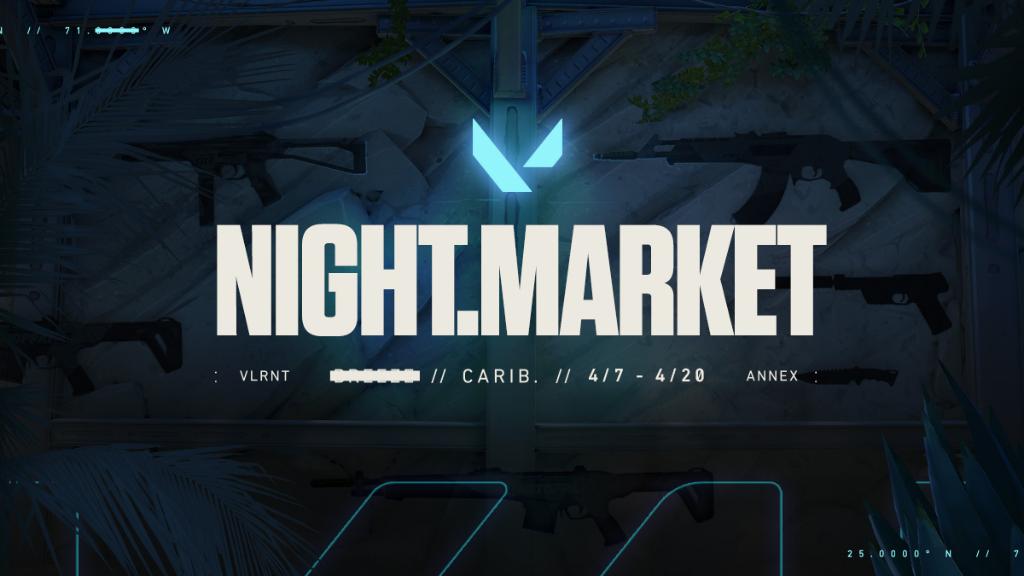 VALORANT‘s Night.Market is back as part of Riot Games’ “YR1” events for the title, the company announced today.

The YR1 events include community voting on a “Give Back” bundle, which will bundle four old skins to be sold for charity, new player cards, account leveling, and more.

Specifically, the Night.Market has returned as well.

The Night.Market sells old skins at a discounted price. Due to community backlash from the first iteration, you’ll only get a maximum of two skins for the same weapon in your Night.Market, which is decided randomly.

Players will get six skins available at a discounted price for a small amount of time. Yes, this includes knives, and every player is also guaranteed a specific number of “Premium” skins.

While the Night.Market is essentially a roll of the dice, Riot has placed guarantees over time that ensure players don’t get hosed by their Night.Market containing, for example, six Classic skins.

Skins in VALORANT have been lauded for their creative artwork. From the Elderflame bundle, which turns weapons into dragons, to the Forsaken bundle, which is a twist on the Sovereign bundle, gamers across all titles respect the effort and detail put into VALORANT skins.

In addition to the Night.Market, the community will vote on a series of preselected skins to go in the “Give Back” bundle. The bundle will be sold for charity and could feature popular cosmetics like the Prime 2.0 Phantom, Reaver Vandal, and Ion Operator. No matter what, you’ll be able to get a solid skin on the cheap to celebrate one year of VALORANT.