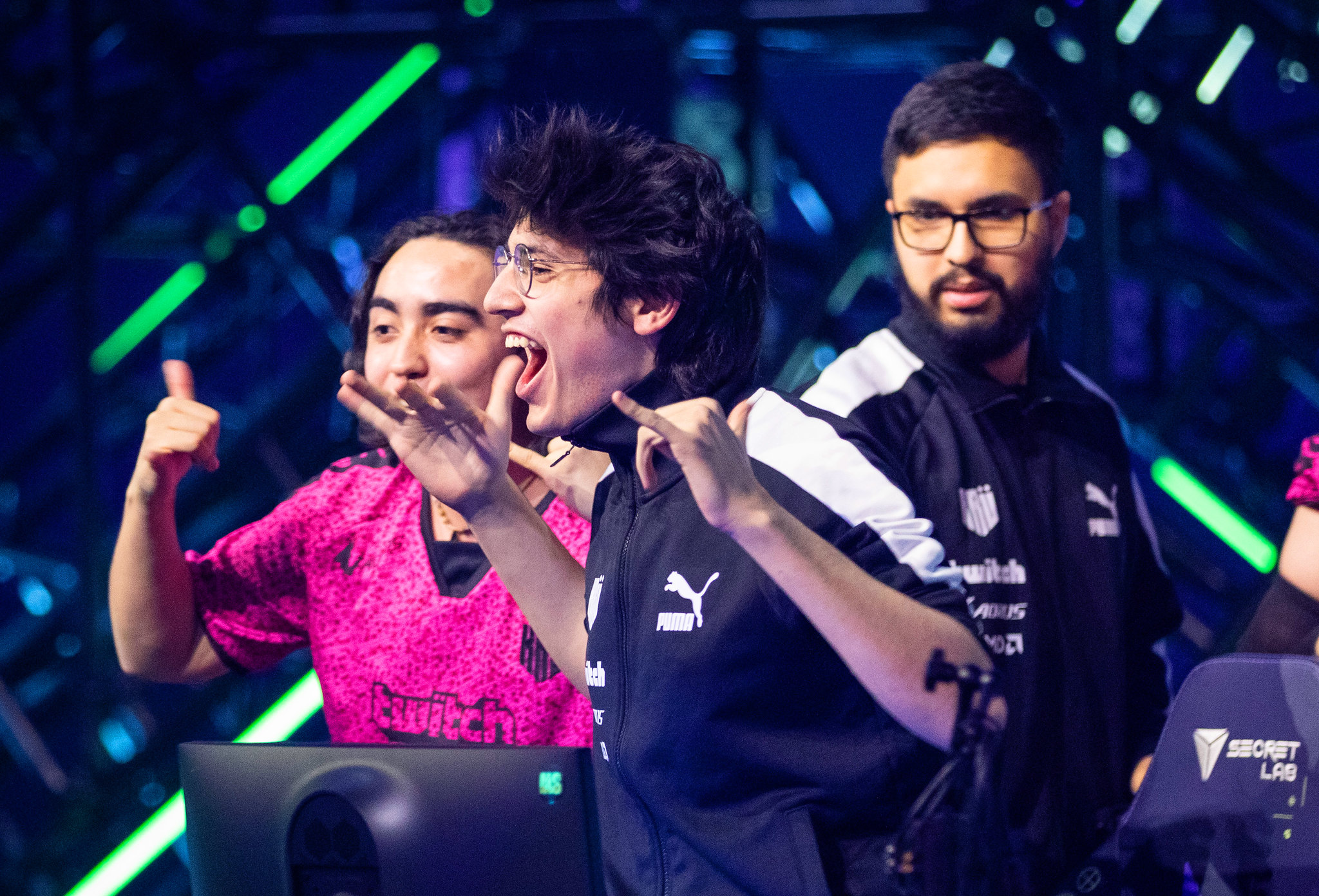 In one of the most monumental VALORANT upsets ever, KRU Esports stunned Sentinels today in a thrilling three-map series, coming back from losing their own map pick to send one of the top teams at VCT Champions home.

Sentinels set the tone early in the series on their defensive side of KRU’s map pick, Fracture. The multiple site entry points were no trouble for Sentinels with TenZ making some big plays early while ShahZaM and SicK built off their Jett star’s momentum. They were able to completely shut down KRU’s own Jett star, NagZet, who was left with only two first-half kills in addition to a -4 first blood to first death ratio.

The second half was more of the same dominance from Sentinels, with ShahZaM blasting into sites as Breach and collecting most of the kills as well. KRU had no answer for the blinding Breach/Skye combo that ShahZaM and SicK brought to the server. And with dapr on Killjoy locking down sites in post-plant scenarios, Sentinels turned their 9-3 halftime lead into a 13-7 victory on Fracture. The usually dynamic NagZet finished with a dismal four kills over map one.

KRU’s first attempt at building momentum on Haven was stifled early by an anti-eco from Sentinels in the second round thanks to a disgusting triple from TenZ on the Marshal. The first half was ultimately decided by Sentinels players making some great individual plays in close post-plant scenarios from the likes of TenZ, SicK, and ShahZaM. The NA side closed out their attacking half 8-4 before switching sides, with 17 kills coming from SicK alone.

KRU got a much-needed start on their attacking side, closely winning the pistol round, avoiding the anti-eco from Sentinels, and just narrowly holding off the Sentinels retake in their bonus round by 0.09 seconds to tie the map at 8-8. Sentinels stumbled in the face of an ultra-aggressive attacking side, falling behind 11-8 without a single defensive round to their name. But Sentinels bounced back with back-to-back-to-back huge A holds to tie the map at 11-11. NagZet responded with a massive 4K to turn the momentum of what was shaping up to be another TenZ showcase, giving KRU a 12-11 lead and breaking Sentinels’ bank. KRU then stormed into the C site with no one to stop them, taking the map 13-11 and sending the series to Split.

In a tense map three, with a playoff spot on the line, the two sides traded rounds back and forth to start out the first half. But the latter part of the first half was dominated by some crisp Sentinels attacking rounds, with a big performance from dapr and crew. Sentinels won six of the last seven first-half rounds to take an 8-4 lead (like they did on Haven) into halftime.

KRU won another massive pistol round, their fourth straight of the series, before a massive utility-driven NagZet Spectre push in the bonus round jumpstarted their attacking side. The KRU Jett star delivered again in a crucial buy round with a late Heaven flank during an A push to give his team the lead in almost a mirrored performance of Haven. But back-to-back huge rounds from dapr stopped the bleeding, tying the map at 10-10. They traded two massive rounds to tie it at 11-11, and in a fitting one-vs-one between dapr and NagZet, KRU’s Jett main came out on top to make it 12-11. A ferocious rush into B then went unanswered by Sentinels and KRU did the unthinkable to take Split 13-11 and the series 2-1.

KRU become the first team outside of Europe to reach the playoffs at VCT Champions, doing so in stunning fashion against a team considered a heavy favorite. The final group stage deciders will be played on Tuesday, Dec. 6. NA fans will have to hope for either or both of Envy and Cloud9 Blue to reach the playoffs after this monumental upset.