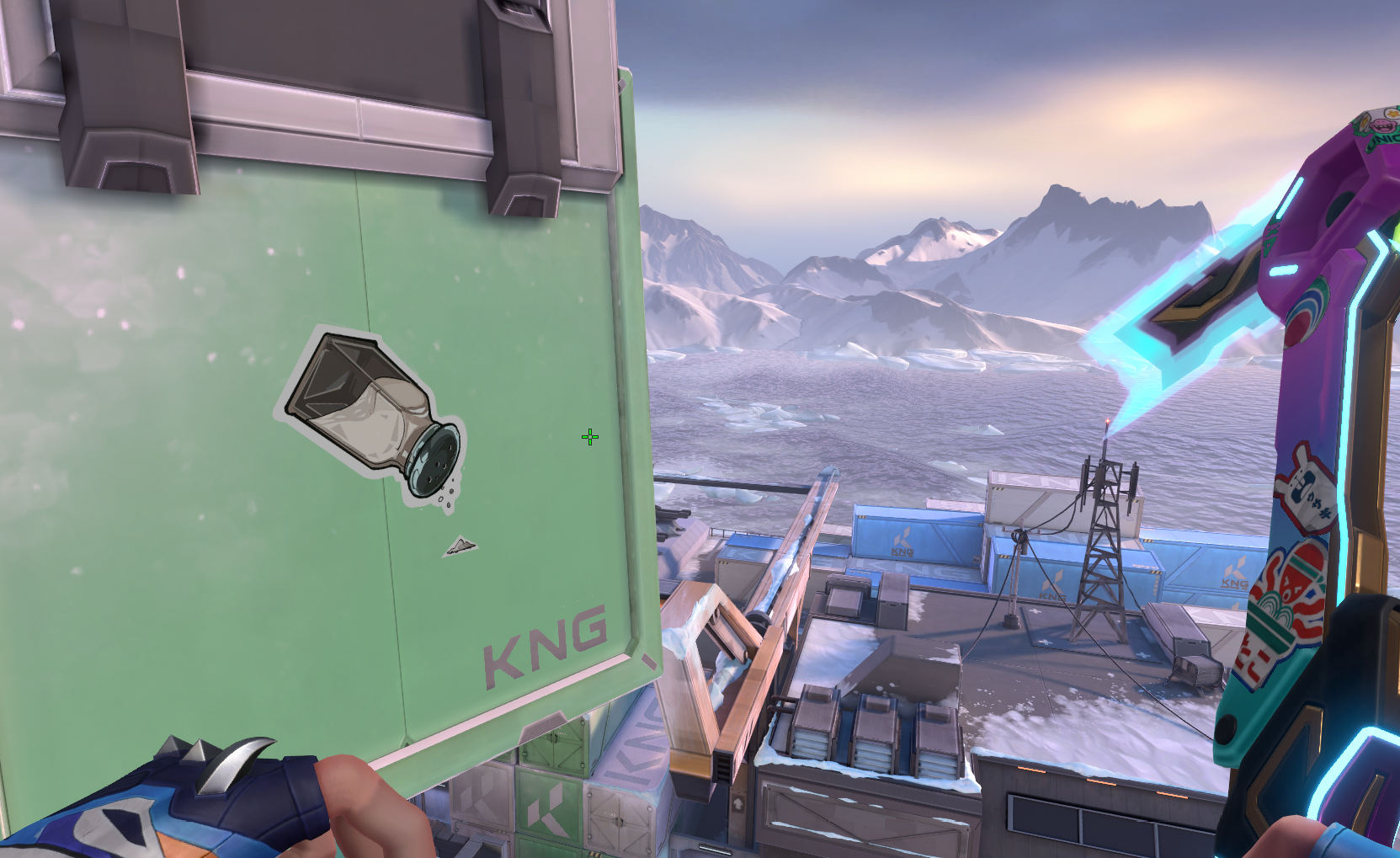 There’s no better way to express yourself in VALORANT than by vandalizing some walls.

Sprays can be used to tag up maps in the beginning, middle, and end of a round—a unique way of interacting with other players in the game. Whether you’re trying to BM an enemy, create a masterpiece, or provide some comedic relief, VALORANT‘s sprays have multiple uses.

Here are the best sprays in VALORANT.

The Octo Attack 2 spray pays homage to old arcade games, with a ship firing missiles at a giant octopus. And it’s paired with a nice tune, making it one of the more elaborate battle pass sprays. For players that want a nostalgic reminder of where gaming began, the Octo Attack 2 spray is perfect.

Not every spray is meant to BM other players. But My Eyes! definitely is.

Phoenix once again makes a cameo in a spray, with the duelist screaming in agony while his eyes burn. Players can use this near a fallen enemy to embarrass them when they miss a crucial shot, flash themselves, or pull off a Roza ult. My Eyes! epitomizes bad manners—and it’s awesome.

The Theo’s Great Escape spray is beautifully designed, allowing you to get a glimpse of Ascent no matter what map you’re playing. Spraying the cosmetic on any surface creates a window with a view of the floating map in all its glory. And if you position yourself in different spots, you can peer into the window at various angles. While this isn’t a spray you would use to trash talk your opponents, it’s a tranquil way to start off a round.

It’s not every day that you get a Pokémon reference in VALORANT. The Surprised Penguin spray plays off of the hilarious Surprised Pikachu meme, perfectly mimicking the electrified rodent’s face. With Dan the Penguin being one of VALORANT‘s many mascots, the adorable animal is a great for replicating the popular meme.

Make Some Noise might not be the prettiest spray, but it’s certainly the loudest one. The air horn is one of the few VALORANT sprays that features an audio cue. It’s a nice way to wrap up a round since its obnoxious sound can put the opposing team on edge. And if you’re using it at the start of a round, you can rally your team to surmount a comeback.

It’s always nice to rub salt in your enemy’s wounds, and this spray does just that.

The Salt Shaker spray is a classic, having been introduced in the first battle pass. And the cosmetic was one of Riot’s earliest ventures into an animated spray, since it slowly pours out more and more salt before resetting. Even though it’s too distracting to be used in the middle of the action, Salt Shaker is a great way to assert dominance after picking up the final kill of a round. And if it tilts your opponent, that’s just an added bonus.