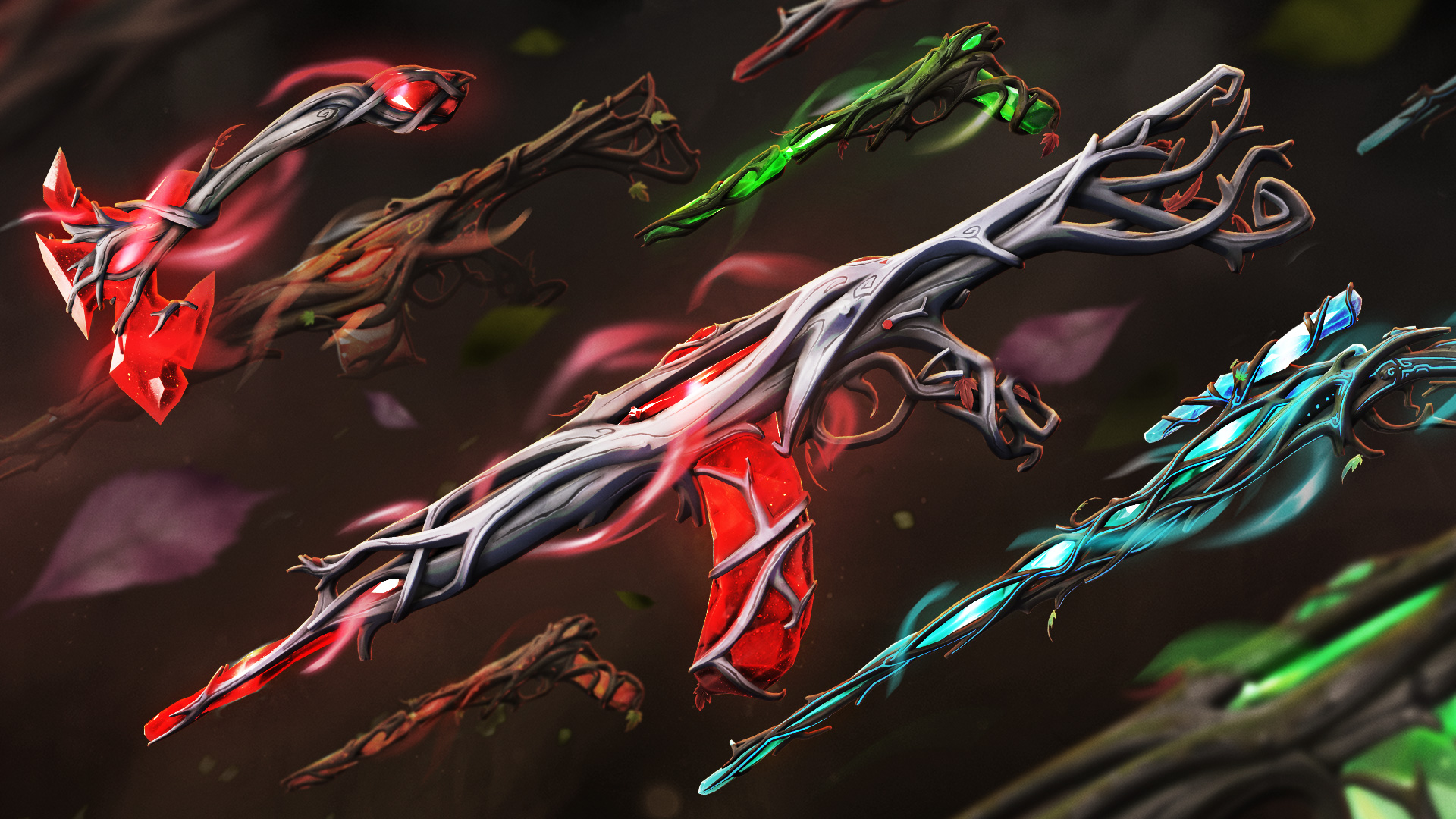 The Gaia’s Vengeance bundle introduces new skins for the Vandal, Ghost, Marshal, Guardian, and a new melee. Each weapon has three variants in addition to the base option, and all guns have four upgradable levels. Each level adds new details, and level four adds a unique kill banner and finisher. Each variant has a unique finisher that matches its color, so you can experiment with the different options. The new melee weapon can also be upgraded to unlock new VFX and audio when equipping, attacking, and inspecting it.

VALORANT senior producer Preeti Khanolkar explained how the team developed the Gaia’s Vengeance bundle and decided on the unique tone for the new skins.

“We could have made a skin line based on a forest theme and taken it in a lot of directions, but the team found this really wonderful blend of mysterious, magical, intricate, and powerful,” Khanolkar said. “We named the skin after we’d completed work on it, so at that point we really felt its balance of elegance and danger—a kind of haunting beauty.”

Associate art director Sean Marino also explained how the Gaia’s Vengeance bundle was originally going to ship without any reload, equip, or inspect animations, or any unique audio, finisher, or kill banner. But the team ultimately realized the potential the bundle had and delayed releasing it to work on a “more ambitious idea.”

The Gaia’s Vengeance bundle costs 7,100 VP and will be released on March 1. Players who purchase the bundle will also unlock an exclusive player card, gun buddy, and spray.