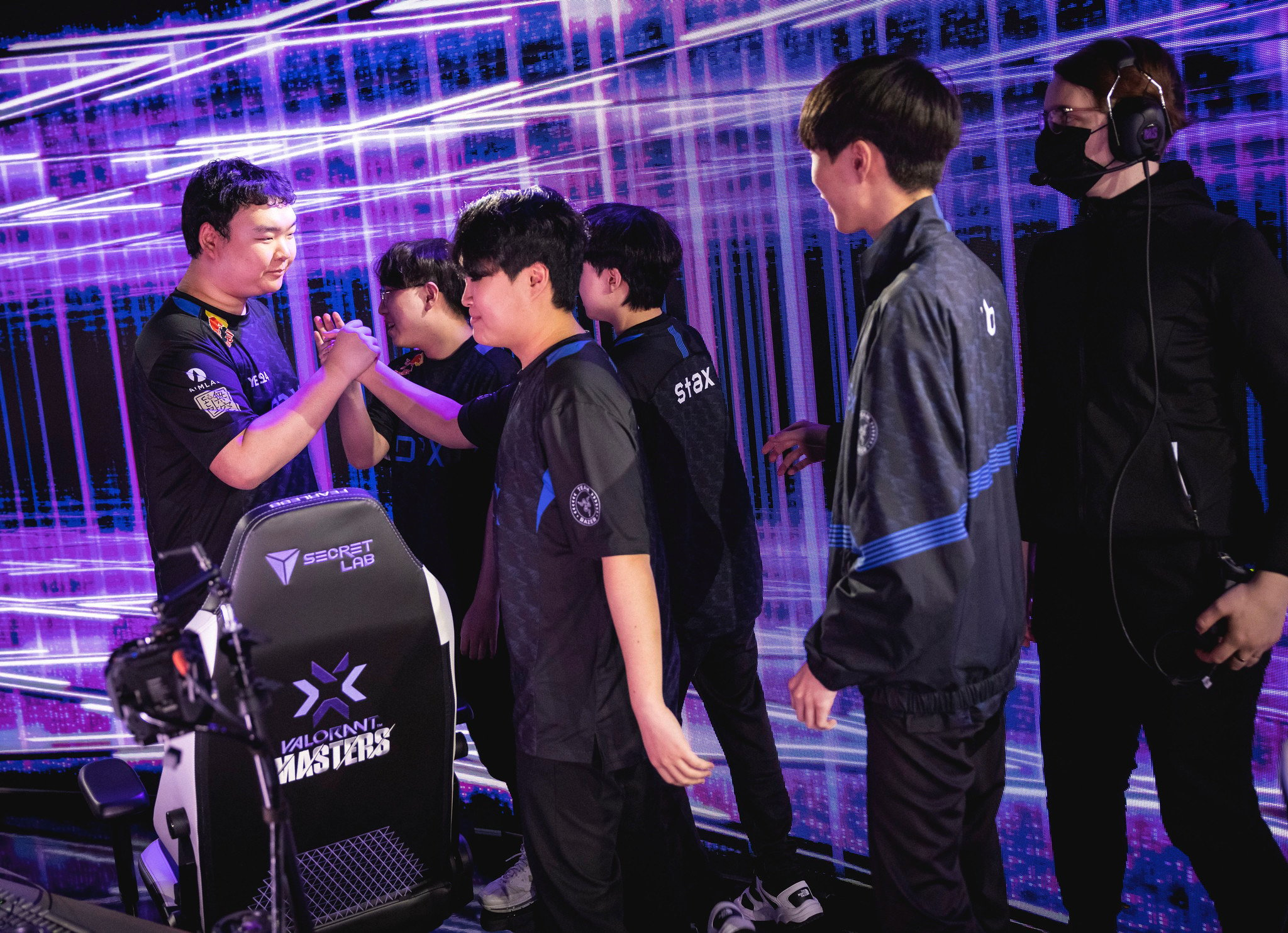 VALORANT VCT Masters Copenhagen kicked off this morning bright and early with the tournament’s first match between Korea’s DRX and Japan’s Northeption.

Despite both teams’ strong performances in their regions, there was a lot of uncertainty surrounding them entering Masters. DRX has failed to produce international results similar to their regional dominance in Masters tournaments, and this is Northeption’s first trip to the event.

DRX were able to get the better of their first opponent today with decisive victories on Ascent and Bind, sending Northeption down into an elimination match.

Northeption confidently chose Ascent as the first map of the match, which has been strong for DRX. DRX started off with a strong pistol round that continued through the first round. Once Northeption could buy, however, they got four rounds in a row, taking space with their defense. Luckily, DRX stopped the bleeding as every player stepped up to take the half 8-4.

In the first round of the second half, Northeption waited until there were less than 30 seconds left to push and plant the spike at B site. Despite losing the round, they continued with this strategy of playing slow and cautious throughout the second half. The strategy finally started to pay off, and Northeption got a few rounds, mostly playing off of Meteor’s positional reads of DRX. As one of their star players, Northeption needed Meteor to step up after being down so many rounds.

It was clear that Northeption’s confidence grew with every round they took, as cheers of “Nice!” rang across the Masters Copenhagen stage. On the back of a big round for Rb, DRX were able to turn the map back into their favor and wrapped up Ascent with a winning score of 13-8.

Moving to Bind, both teams opted for a double controller composition, but Northeption decided to put Meteor on Neon, while Rb went for Raze. After taking the site and defending post-plant, DRX took a flawless first round on Bind. A lengthy tech pause didn’t disrupt their momentum at all, and they took the second round.

Northeption read the positioning of DRX pushing onto B for the third time and prevented the bonus round from coming in. Northeption had trouble executing with Neon on defense, and DRX played a slow tempo through the half to go up 11-1 in a dominant fashion.

Northeption was really missing value from Meteor on Bind, who had made such a big difference for them on Ascent. Though Northeption got the spike down with a faster execute in the pistol round of the second half, DRX quickly picked the team members off in the post-plant and the game seemed doomed for Northeption. DRX stopped any execution in round 14 and took the map 13-1.

For DRX, this dominant showing wasn’t a surprise. They showed confidence in their composition and new strategies taken from other regions. After lackluster international showings in the past, DRX seems prepared to face tougher international opponents in the rest of this tournament.