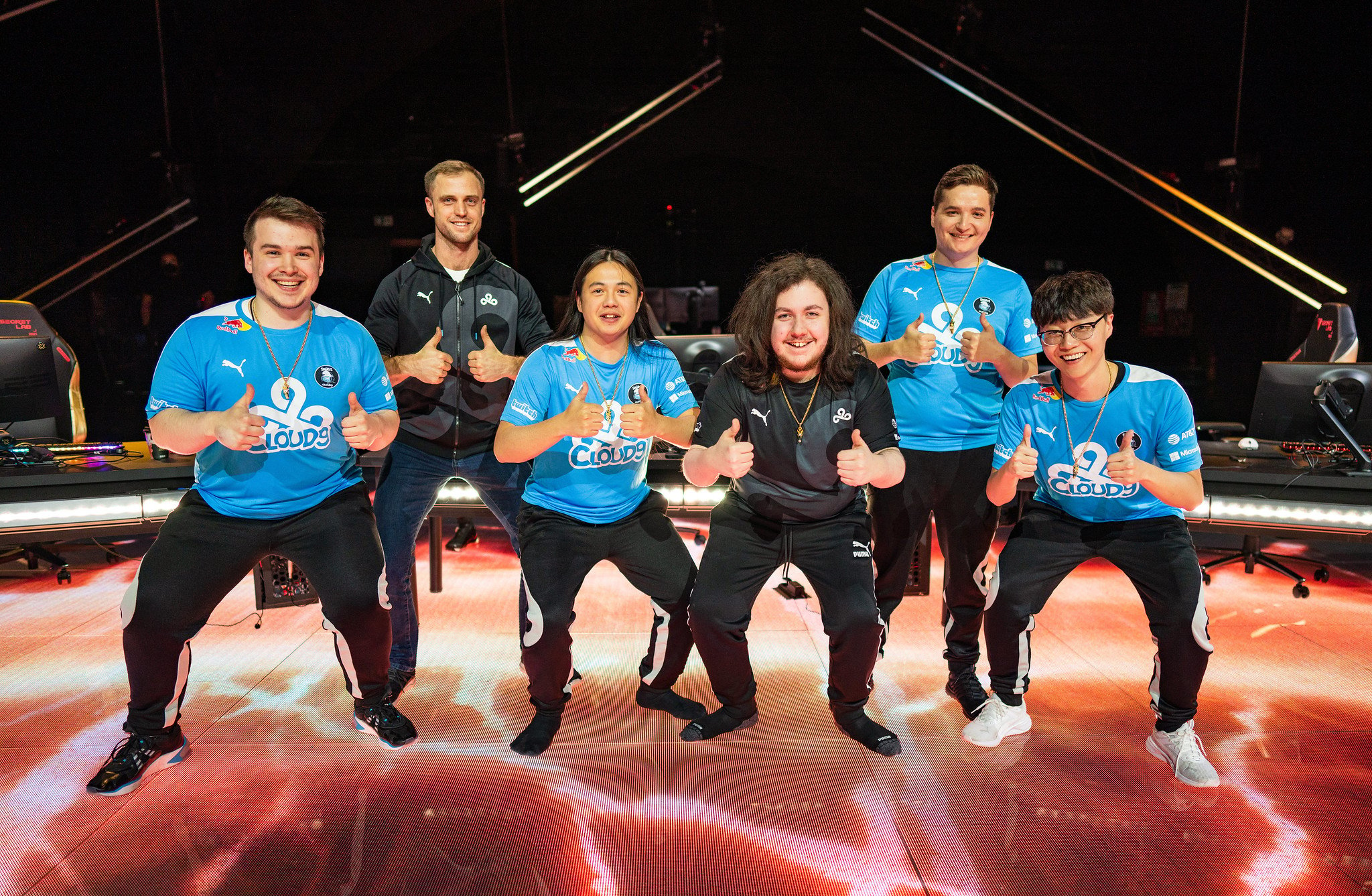 Cloud9 Blue took down Vision Strikers in the Group D decider match today and are the first North American team to make it into the VALORANT Champions playoffs.

C9 started the series with a dominant performance on offense that Vision Strikers couldn’t counter. They won eight straight rounds in the first half of Ascent before Vision Strikers finally stopped them in round nine. This was only a slight hiccup in C9’s dominance, though. The North American team proceeded to win the last three rounds, ending the first half with an 11-1 scoreline.

While C9 undeniably dominated the first half, Vision Strikers finally came to life in the second half. They won five rounds to start the half, including a beautiful 3K from BuZz in round 15. C9 took the 18th round, but Vision Strikers continued their onslaught by winning the next four. C9 prevented them from pulling off a brutal comeback, though, by ending the match in round 23. Ascent went in favor of C9, 13-10.

Split was Vision Strikers’ pick, but C9’s Xeppa started strong with a 3K and followed that up with an ace in the second round. Vision Strikers didn’t let them run away with the match like on Ascent, however, and stopped their streak in round three.

Vision Strikers performed well on offense and took their first lead of the series in round six. The teams traded blows for the remainder of the half, ending with a 6-6 score. Vanity clutched a defuse in round nine with seconds to spare, showing how evenly matched the teams were.

This time, it was Vision Strikers’ turn to start strong in the second half by claiming the first three rounds. They secured a flawless round in round 14, solidifying their slight lead. C9 only won three rounds in the remainder of the half and Vision Strikers forced the series to game three by taking Split 13-9.

The final map of the series came down to Breeze. Vision Strikers won the pistol round by defusing the Spike, but C9 once again dominated on offense. They won six straight rounds to take a substantial lead, but Vision Strikers won three of their own, preventing C9 from gaining a massive lead. Leaf helped his team win round 11 with a 3K and did even better in round 12 with a 4K. The half ended with C9 leading 8-4.

Vision Strikers weren’t ready to go home without a fight, though, and won the first two rounds of the second half. They won five more rounds in the half to bring the game to an 11-12 score and needed one round win to go into overtime. Vision Strikers had the weapon advantage in round 24, but C9 held the A site to close out the series and secure their spot in the playoffs.