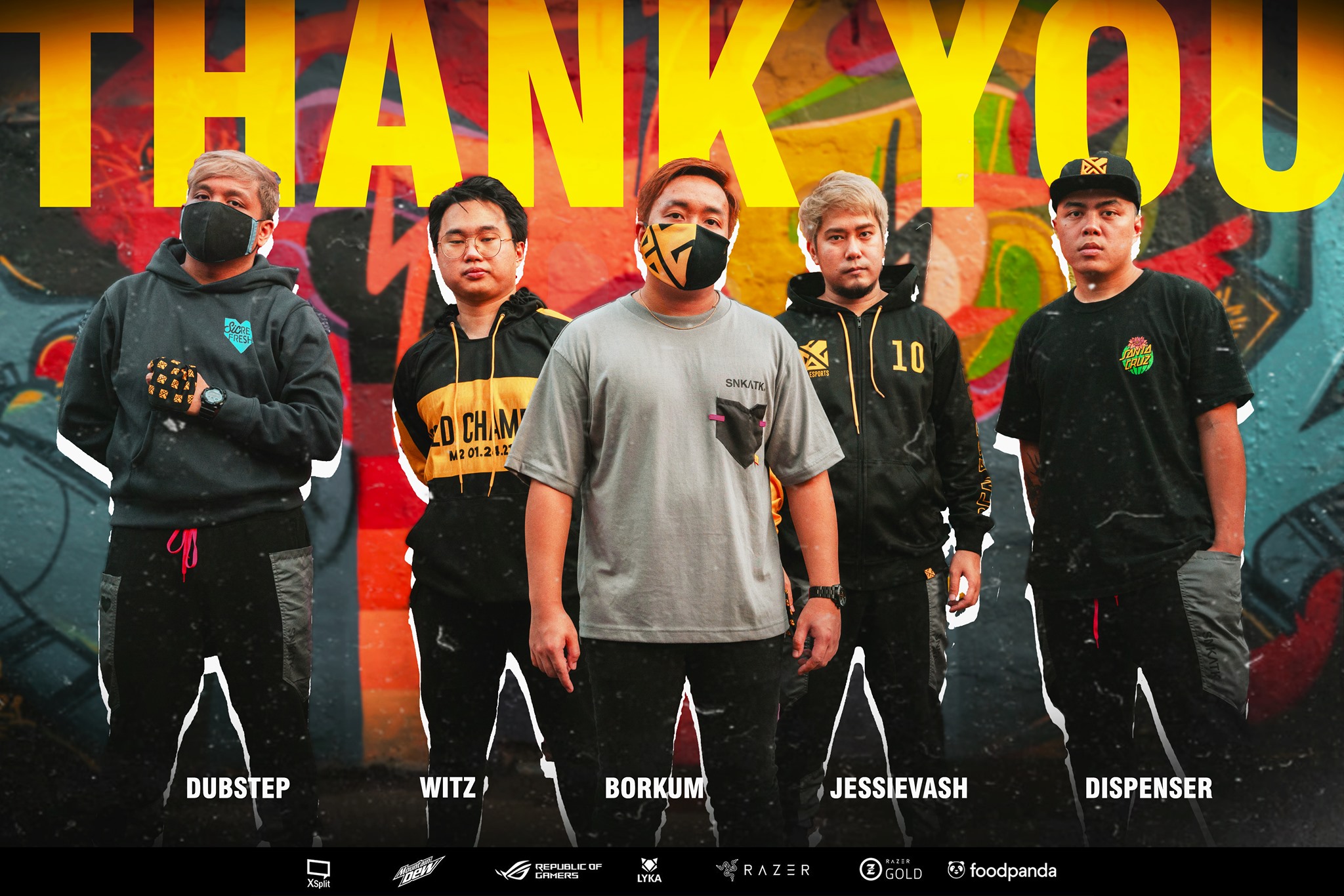 Bren Esports has parted ways with its VALORANT players after the team decided to explore other opportunities, the organization announced today.

They were the No. 1 seeded SEA VALORANT team for the VCT Masters Three Berlin, but the Filipinos were unable to secure visas in time to leave the country and compete in the international LAN event. Riot Games had no other choice but cut Bren Esports from the tournament last week and award the squad with 175 VCT points and the associated prize pool for qualifying for Berlin.

Jessie “JessieVash” Cuyco, Jayvee “DubsteP” Paguirigan, Jim “BORKUM” Timbreza, and Kevin “Dispenser” Te were part of Bren Esports since August 2020, while Riley “witz” Go joined them in May 2021 after a period of trial. At the moment, it’s unclear whether the quintet will keep playing together. The 175 VCT points belong to the players, not to Bren Esports, and they’ll be entitled to it as long as three of the five players sign with the same esports organization.

It’s unknown whether Bren Esports will look for another VALORANT team to represent the org or if it will stop investing in Riot Games’ FPS for now.