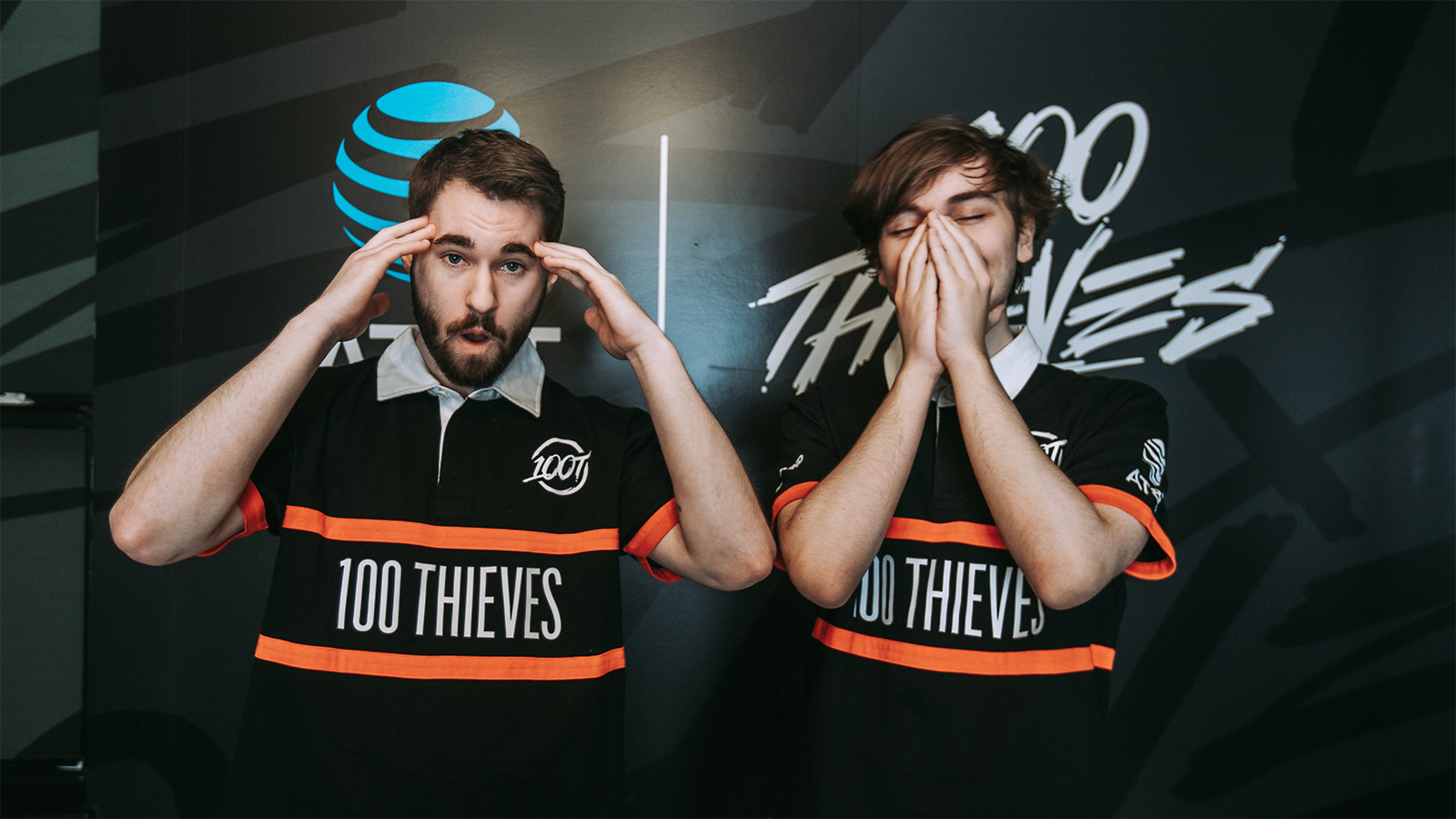 100 Thieves have secured their spot in the VCT Challengers Two playoffs with a 2-0 win against NRG Esports today. They’re now tied at 3-1 with Ghost Gaming and XSET in Group A.

Since forming the latest version of its roster, 100 Thieves have only lost VALORANT Champions Tour matches to TSM and have steamrolled through the other teams. That same energy was present in 100 Thieves’ matchup against NRG, who signed former 100 Thieves in-game leader Ethan Arnold. 100 Thieves were able to showcase their growth in their first matchup against their former teammate.

100 Thieves started out strong by winning NRG’s map pick of Icebox to kick off the best-of-three series. Despite the round count being tied 6-6 at the half, 100 Thieves were able to string together multiple rounds to close things out 13-9. Sean “bang” Bezerra, who isn’t even with his team at their boot camp in Texas, was the star during map one on Viper. He walked away from the win with a 1.4 KD after dropping 21 kills and only 15 deaths.

Bind was the second map in the series. Since 100 Thieves selected the map, they were put on the attacking side, which proved to be no issue for the Thieves. 100 Thieves started up 9-3 going into defense and continued to steamroll NRG, who looked lost on Bind. In a near-perfect defensive half, 100 Thieves walked away with a 13-4 win against NRG to close out the series 2-0.