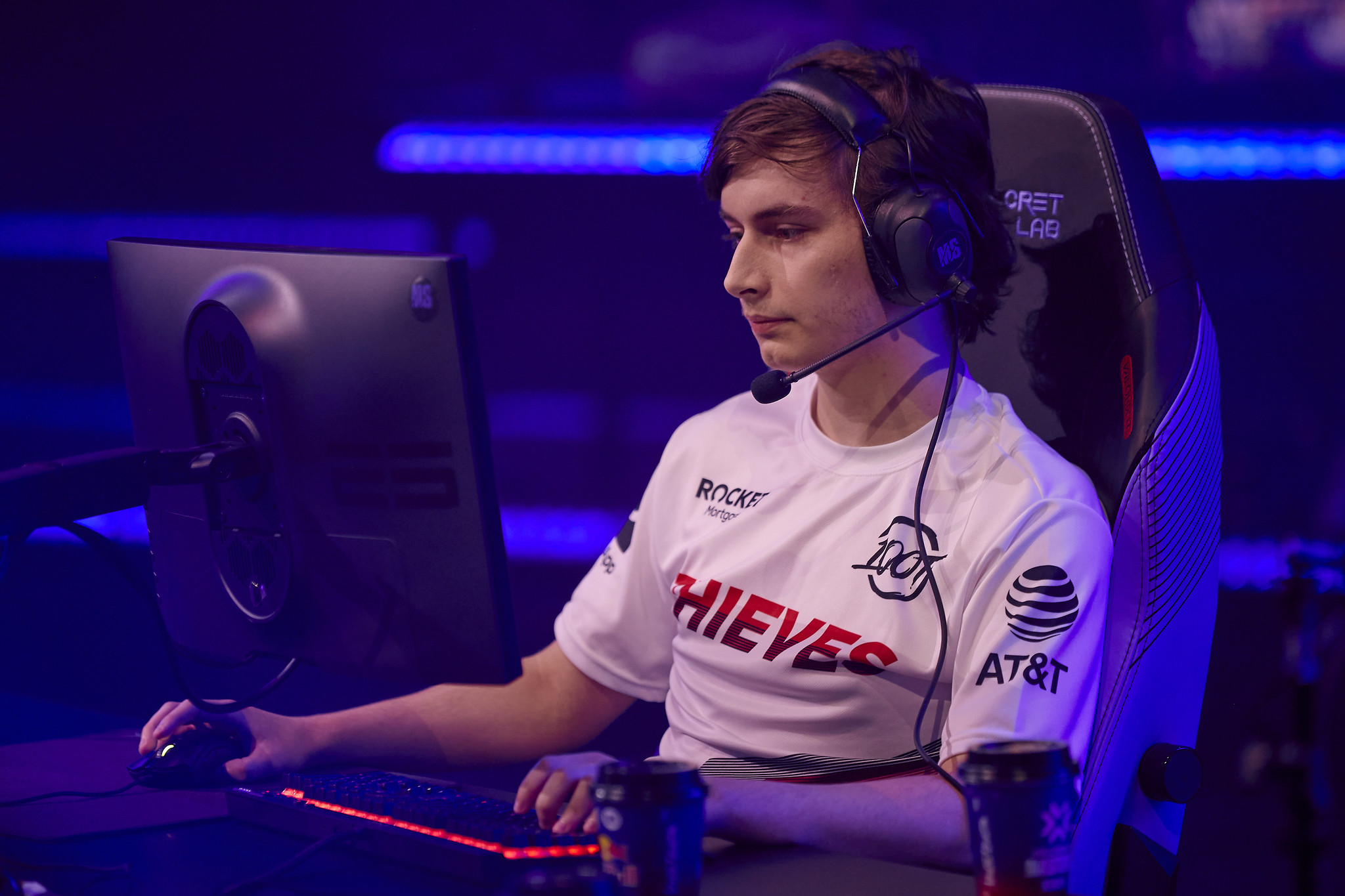 100 Thieves’ turbulent VALORANT campaign in the North American VCT Challengers One main event is all but over, with today’s loss to XSET dropping the team to an 0-4 record and mathematically eliminating the roster from playoff contention.

On XSET’s pick of Breeze, Cryocells put on another star-making performance with his go-to Jett. His site entry prowess made it easy for XSET on their attack side, taking a 7-5 lead at half-time that would have been larger if not for some heroic defensive plays from jcStani on Chamber. XSET quickly grew that lead to 11-5 and, just as 100T started to gain some momentum, they surrendered a final round defuse with all five players still alive to lose Breeze 13-8.

Both teams brought out the mirror compositions on Fracture, and traded rounds back and forth in tightly contested affair. After trailing 7-5 at half-time, 100T retook the lead on their defensive side thanks to some critical retakes on the B site. They never looked back on Breeze, with some key defensive rounds (cemented by an Asuna triple kill) to take the map 13-9 and keep their season alive.

With playoffs on the line, 100T broke out Breach on Split, putting him on new addition bang. 100T claimed the pistol and anti-eco round, but XSET’s bonus round win jump-started their defense, with bang’s Breach unable to provide much early impact.

XSET answered a 2-0 start from 100T with 10 straight rounds of their own before half-time. A dephh triple in the second half pistol round put 100T on death’s door, before XSET swiftly kicked them out via a 13-4 win on Split.

100T’s winless record through four weeks of NA VCT Challengers One means they are mathematically eliminated from playoffs with one week of play still to go. Cloud9, The Guard, Luminosity, and XSET will advance out of Group A to playoffs; either C9 or The Guard will advance with a 5-0 record after their week five matchup.