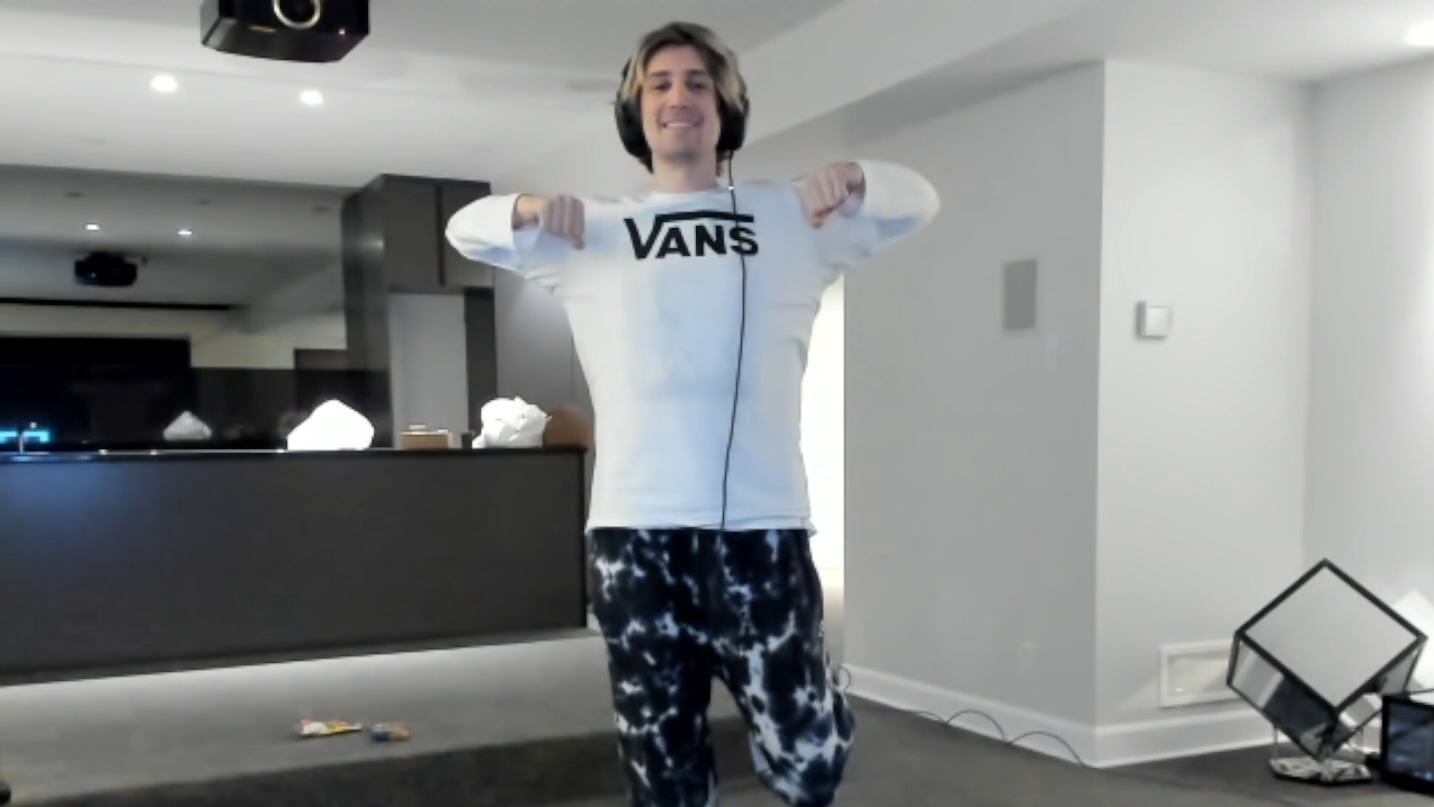 After fans begged him to clean up his room, popular Twitch streamer xQc finally decided to clean his room, where he learned never to leave full drinks lying around in the future.

Yesterday, xQc revealed massive piles of empty food wrappers, fast food bags, and empty soda cans, much to the dismay of his viewers. Some viewers described the room as a “landfill” after seeing the room while others voiced their horror at the situation. As a result, many viewers urged the streamer to clean up his streaming setup immediately. Eventually, xQc agreed to the demands of his viewers, but within moments of beginning his cleaning ways, something unfortunate happened.

The 40-second video clip begins with xQc entering the camera’s view visibly frustrated and shouting while viewers question what happened. Shortly after, xQc reveals to viewers major spillage splattered across his desk and onto his auto console.

“I was trying to clean. I stacked the cups and pushed on them,” xQc said. “I didn’t see that (the bottom cup) cup was nearly full and it exploded on the f***ing wall man!”

This was not the first time people have asked xQc to clean his room on stream. Previously, in Dec. 2021, xQc’s girlfriend spoke up to him about the ongoing mess in his room during a Livestream where xQc showed off how bad his room had become. While he ultimately did clean up his room, a cleaning routine was not something that stuck.

Today was an unfortunate series of events that stemmed from positive motivations to clean his streaming setup. Let’s just hope that this one experience won’t discourage him from cleaning his room again. Instead, let’s hope it prompts the popular streamer to make it a habitual routine to clean his streaming setup. Or, at the very least, make sure old drinks aren’t filled with any beverages moving forward.

To stay up-to-date on all news related to streaming and xQc-related content, check out our dedicated section