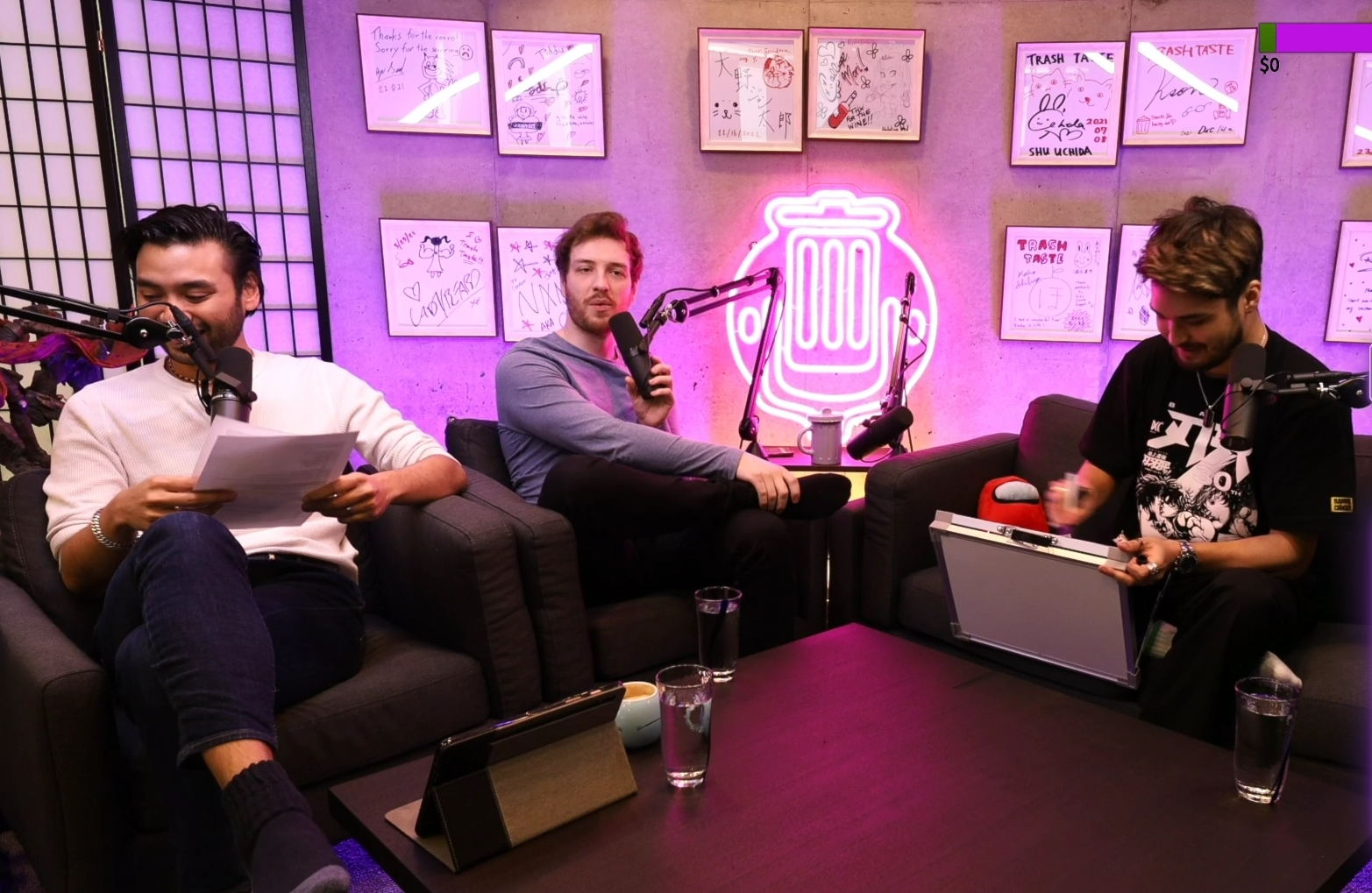 Screengrab via TrashTastePodcast on Twitch

As part of the Trash Taste podcast, Gigguk, CDawgVA, and The Anime Man have raised over $140,000 after streaming for over Twitch for over 18 hours in a still-ongoing broadcast. Their goal is to raise as much money for charity as possible in a 24-hour stream, with challenges for them to complete at certain milestones.

Some of the largest donations have come from viewers and popular streamers alike, such as VTuber Ironmouse with a $5,000 donation, or over $17,000 from a viewer. While big donations have propelled the stream through many of its milestones, most of the money raised has been through a steady flux of donations from regular viewers.

The three hosts have done their best to entice these donations through challenges at different milestones. At $60,000, $70,000, and $80,000, CDawgVA, The Anime Man, and Gigguk each had to don an embarrassing costume to wear for the rest of the broadcast. At $100,000 raised for charity, the streamers had to shave their facial hair.

Gigguk, CDawgVA, and The Anime Man aren’t the only streamers using their platform to raise money for Ukrainian relief. Just three days ago, Nmplol, along with a few other OTK members, hosted a charity stream where they raised $133,000 for CARE. With five hours left in the stream, the Trash Taste Podcast raised over $140,000, and its creators show no signs of stopping before they reach the 24-hour mark.