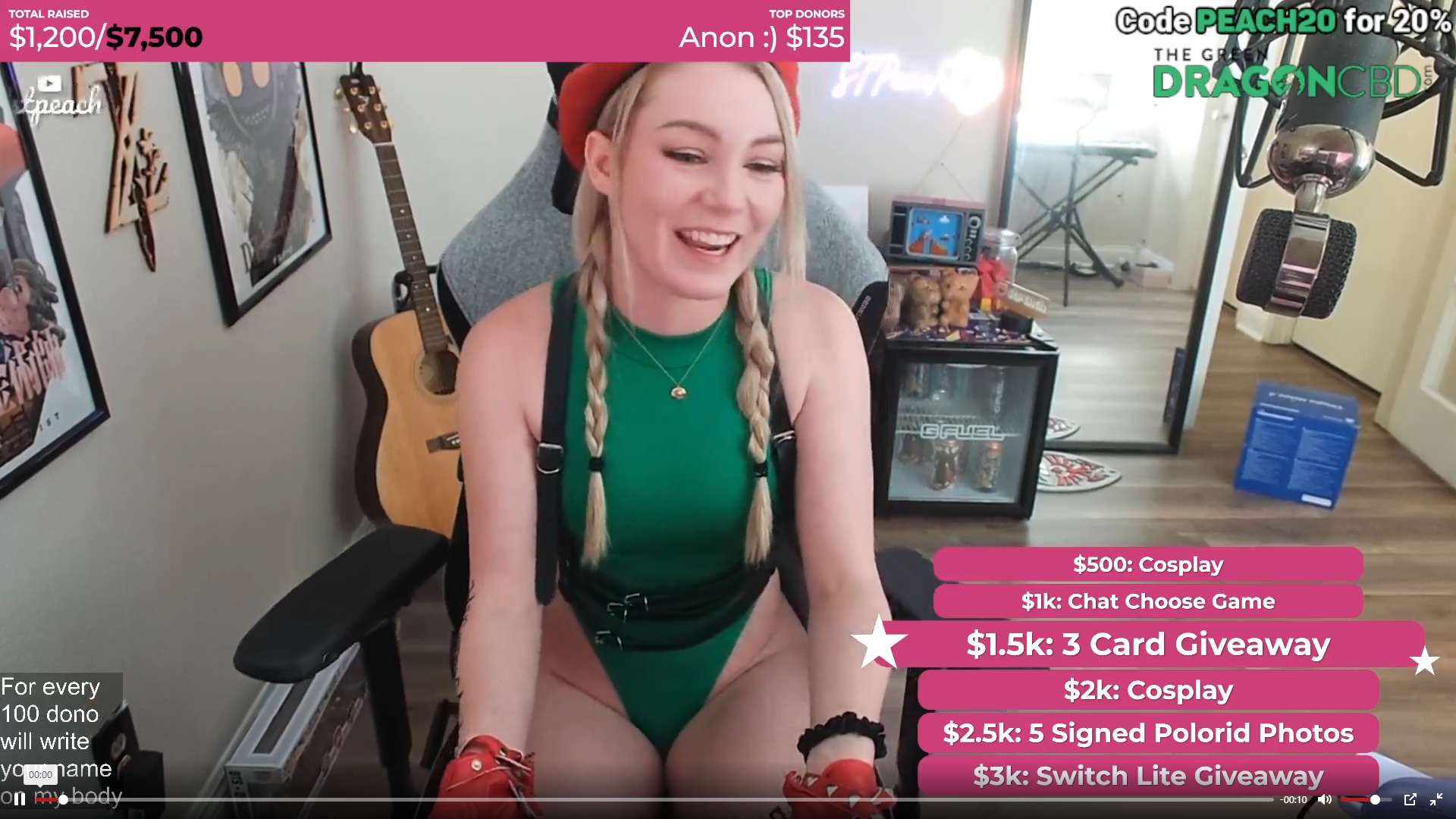 Popular streamer STPeach has been banned from Twitch, according to the Streamer Bans Twitter account. This is the Canadian streamer’s first ban off of the platform. The exact nature and length of the ban is unknown.

Though the reason behind STPeach’s sudden ban is unconfirmed, several users have speculated that it could be in regard to a recent viral clip from her channel. During a March 1 stream, STPeach cosplayed as Cammy from the popular Street Fighter franchise. Fully dressed in the character’s infamous alpha costume, the cosplayer was seen moving a box on camera in a potentially NSFW clip.

The stream that potentially led to the ban was a charity fundraisier for Games For Love. At the end of the stream, the IRL streamer raised over $10,000 for the children’s charity.

Only minutes after her ban, both the initial Twitter post and following announcements were flooded with responses. STPeach’s ban so far has been met with a mixed reaction, with many viewers either criticizing or commending Twitch’s decision. Though it’s still unknown if it was her Cammy cosplay that led to the ban, users have argued whether or not it conflicts with the website’s terms of service.

Popular for her cosplay, modeling, and IRL content, STPeach has amassed a significant following on Twitch and has emerged as one of the leading content creators on the platform. Since beginning her streaming career in 2015, STPeach has gained over 1 million followers and garnered more than 44 million channel views, according to Twitch Tracker.