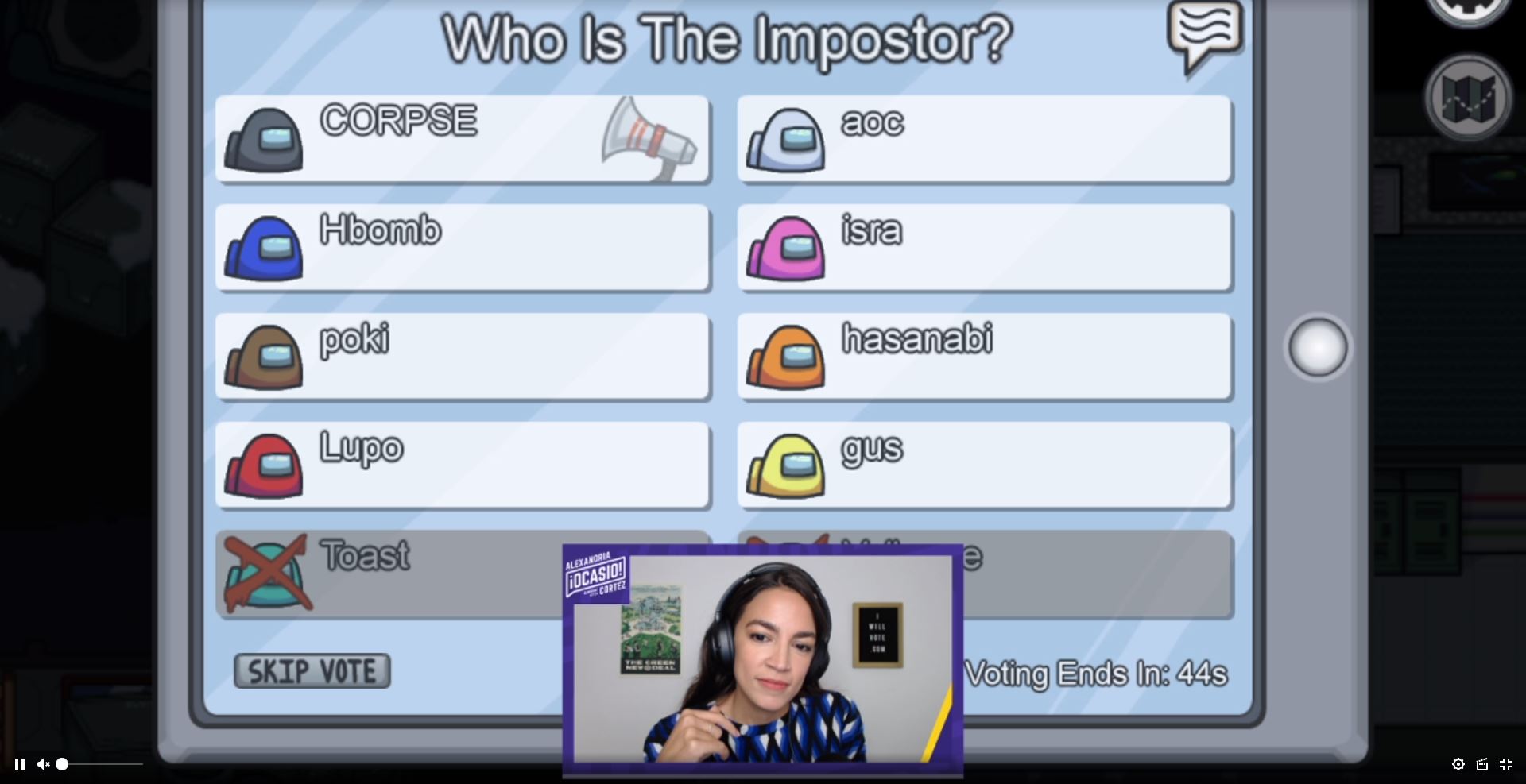 U.S. Rep. Alexandria Ocasio-Cortez made her debut on Twitch on Tuesday with an Among Us stream as a way to encourage people to vote on Nov. 3.

AOC is the junior congressional representative for the 14th district of New York and is well known for her digital literacy and using technology to communicate with her constituents and the American people. Her stream on Twitch is the latest example of her use of social media for political activism.

“Make sure you hit up www.Iwillvote.com,” AOC said at the start of Tuesday’s stream. “Make a voting plan. Let me tell you why a voting plan is important. What we are seeing from data, and past studies and behavior, people who sit down and make a voting plan are more likely to get their ballot cast than people who don’t. . . please make sure to make your plan to vote.”

AOC was joined by fellow U.S. Rep. Ilhan Omar, who is the junior congresswoman for Minnesota’s fifth district. Omar is a key ally of AOC, and both politicians are part of an informal group on Capitol Hill known as ‘The Squad.’ The congresswomen were also joined by Twitch personalities like Pokimane, Myth, HasanAbi, Gus Johnson, and Disguised Toast, among others. At one point, Omar’s daughter, Isra, also joined in on the fun.

The stream peaked at about 439,000 viewers, which makes it the third most-watched stream in Twitch history, behind Ninja’s collaboration with Drake and Shroud’s return to the platform. For further context, when Dr. Disrespect, one of the most popular streamers in the world, returned to streaming in August, he returned to more than 500,000 viewers. The congresswoman rivaled his numbers on her very first stream, and those viewership statistics don’t even take into account the viewership of the streamers who joined her on Tuesday evening.

Playing Among Us with Twitch stars was not AOC’s first foray into gaming.  In 2019, the congresswoman made headlines when she hit Silver 4 in League of Legends.

She also made waves in Washington earlier this year when she introduced an amendment to block funding for military recruitment on live streaming platforms, like Twitch. That move followed the U.S. military using fake giveaways to trick Twitch users, including minors, into handing over their personal information to the U.S. military. That amendment was ultimately rejected.

With Twitch becoming a more mainstream platform, it would not be surprising to see more politicians utilizing it to connect with their own bases. AOC showed that you can reach a significant number of people by just playing games with popular streamers and having a good time.