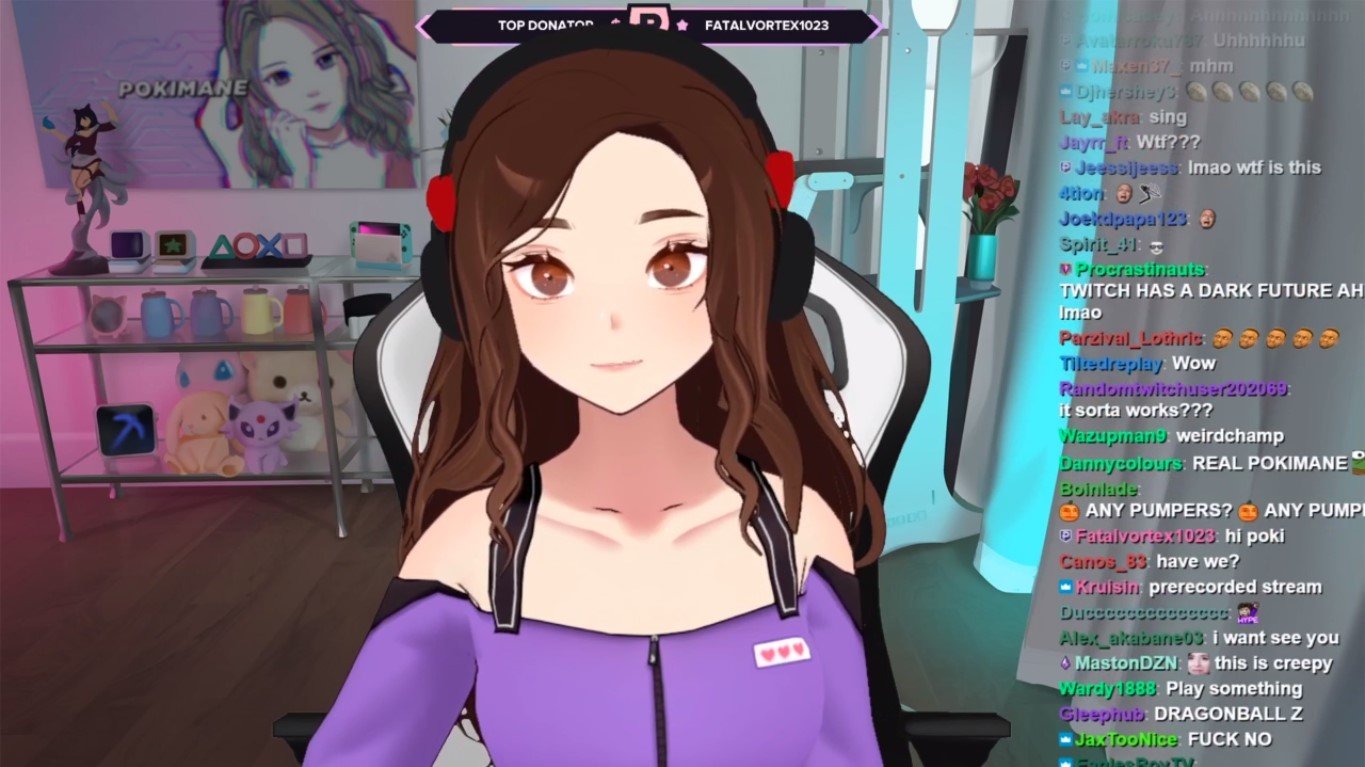 When Pokimane started her stream last night, her fans were in for a surprise. The usual Pokimane everybody knows wasn’t on camera. It was an anime-like 3D virtual avatar of her instead.

This is an AI feature used by the VTuber community on YouTube. The most famous VTubers are Japanese, like Kizuna AI, Kaguya Luna, and Mirai Akari. Their content is versatile, ranging from vlogs to music videos, gaming, and comedy.

In Japan, there are whole companies behind the characters investing in making the motion tracking for the virtual vloggers in a studio. But Pokimane and other channels just use a program to track their face movement and microphone sounds.

Pokimane was just trying out the feature while chatting and playing Among Us during a recent stream. She explained a bit about the VTuber community at the beginning but it soon became a normal Pokimane stream.

After the VTube community saw Pokimane’s stream, however, she received considerable backlash. Many people felt like she was just taking advantage of a trend after the VTuber Group Hololive English debuted the day before.

Pokimane didn’t mention Hololive and only gave a shoutout to Kizuna AI. The stream wasn’t dedicated to the community, either. She briefly explained what VTubers do with the 3D avatar and continued with her normal content.

One of the benefits of this feature is allowing for anonymity, so some people questioned her motives for using a virtual avatar since she’s already famous and her identity is known.

In general, the response from the VTuber community was mixed. Some people criticized her for bringing attention to a small streaming culture that could become saturated by her bringing it into the spotlight, while others welcomed her.