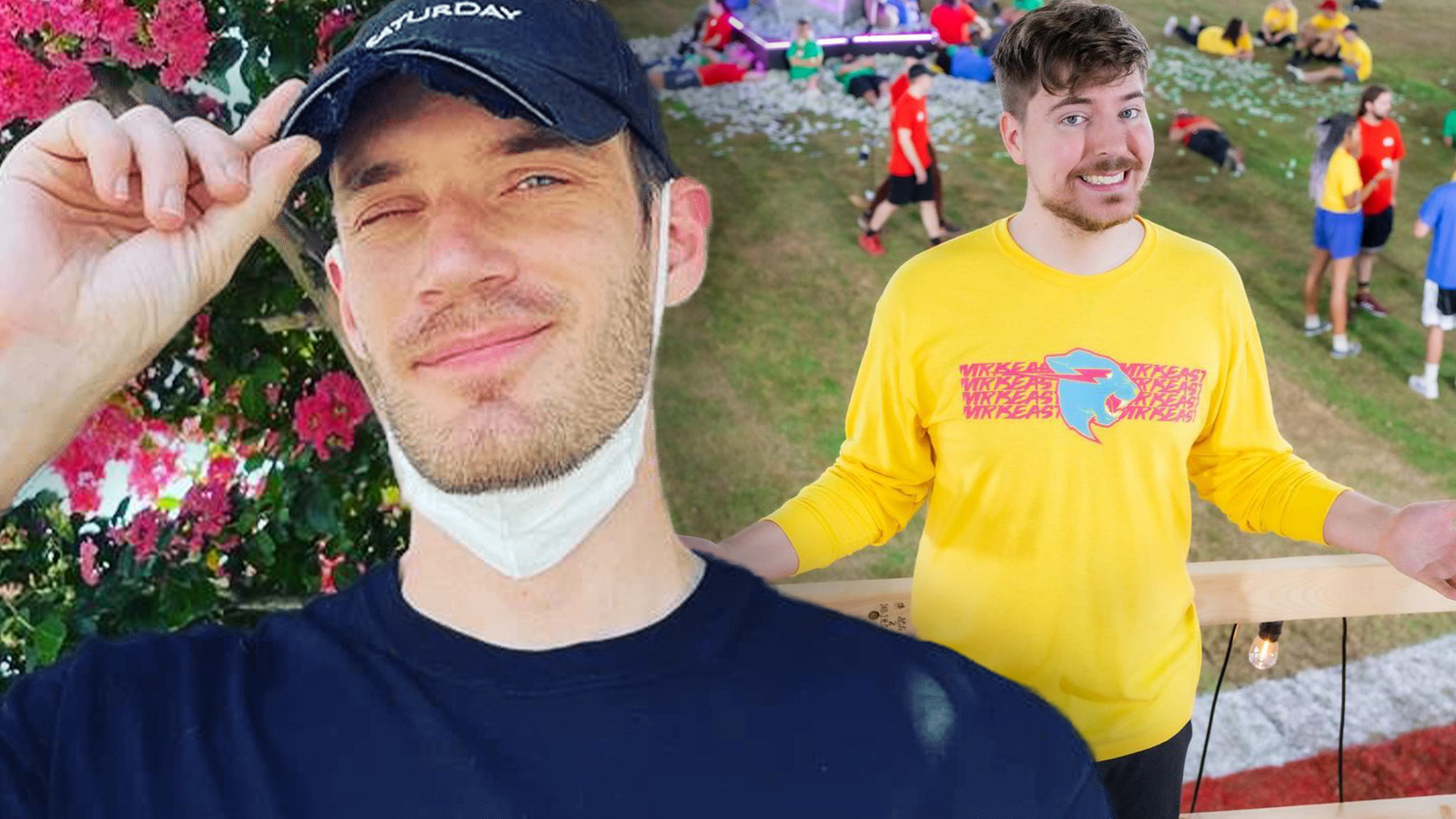 After seeing Jimmy “MrBeast” Donaldson hit 100 million subscribers on YouTube, Felix “PewDiePie” Kjellberg thinks it’s only a matter of time before his rival surpasses him, and he’s all for it.

MrBeast reached the massive milestone on July 28. Since then, he’s already added another two million, putting him a mere nine million subscribers behind PewDiePie.

Momentum is on his side, and PewDiePie knows that better than anyone. During a Q&A YouTube video on Aug. 13, a fan asked him if he thinks MrBeast will pass him, and he said “definitely.”

At first, the Swedish star joked about the situation.

“I’ve been retired for two years now,” he said, referring to the fact he’s eased off the content grind compared to previous years as an excuse, although he wasn’t being totally serious.

He also said he “can’t wait for it to be over” because it means MrBeast’s fans will stop “infiltrating” his comments. “I’m getting a taste of my own medicine,” he added, implying his fans have done the same.

But then he got serious and said when it does happen, MrBeast would definitely deserve it, and he hopes he does surpass him.

However, MrBeast’s viewership is booming while PewDiePie’s has stagnated. So, if the current trajectory continues, they’ll switch places.

Either way, they’re still the two most-subscribed content creators on the Google-owned platform because media companies own the three channels above them, and that’s a massive achievement.