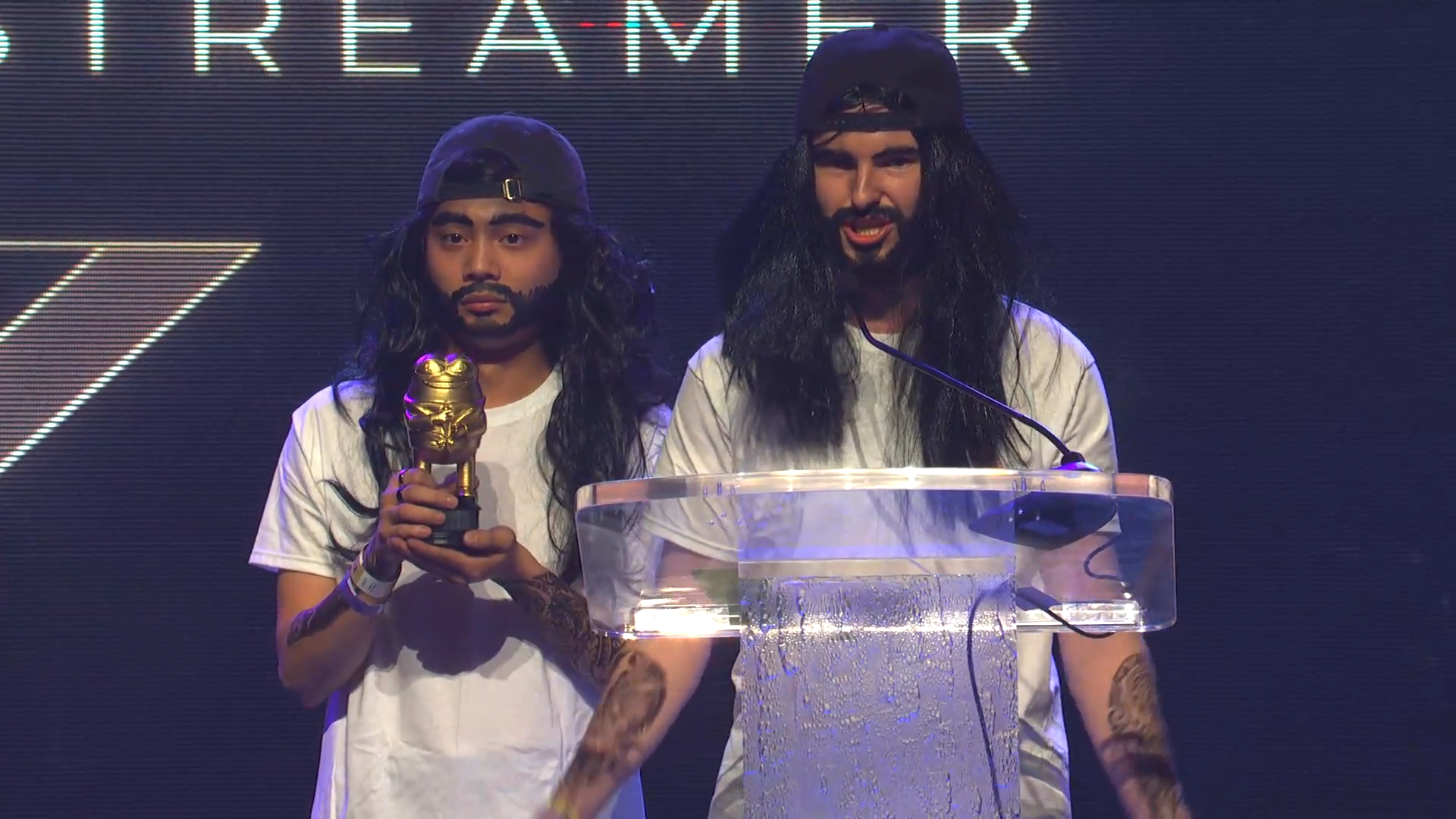 Popular content creator and Twitch streamer MoistCr1tikal had one of the most memorable speeches at the inaugural Streamer Awards, given that he sent two look-a-likes in lieu of attending.

Nominated for Best Variety Streamer, MoistCr1tikal was unable to make the trip to the live event in Hollywood. Given the sheer size of this event, however, the nominated content creator still wanted to be represented.

While reacting to the Streamer Awards on his own channel, MoistCr1tikal caught the first glimpse of his doppelgangers on the red carpet during an interview segment. Unable to contain his excitement, he watched as the duo, donned in the classic white t-shirts, black shorts, and backward hats, represented him live.

This was not the only time we would see the strange pair of Charlies, as MoistCr1tikal beat out the competition to claim the first Variety Streamer of the Year award. Giving a speech on MoistCr1tikal’s behalf, speaking in almost entirely analogies and extended metaphors, the two picked up their award to thunderous applause from both the audience and Charlie himself.

The pair previously donned MoistCr1tikal’s attire; in a Feb. 14 video, Charlie even showcased himself along with four of his doppelgangers. This may also not be the last time we see MoistCr1tikal’s look-a-likes, but this was certainly the most memorable.