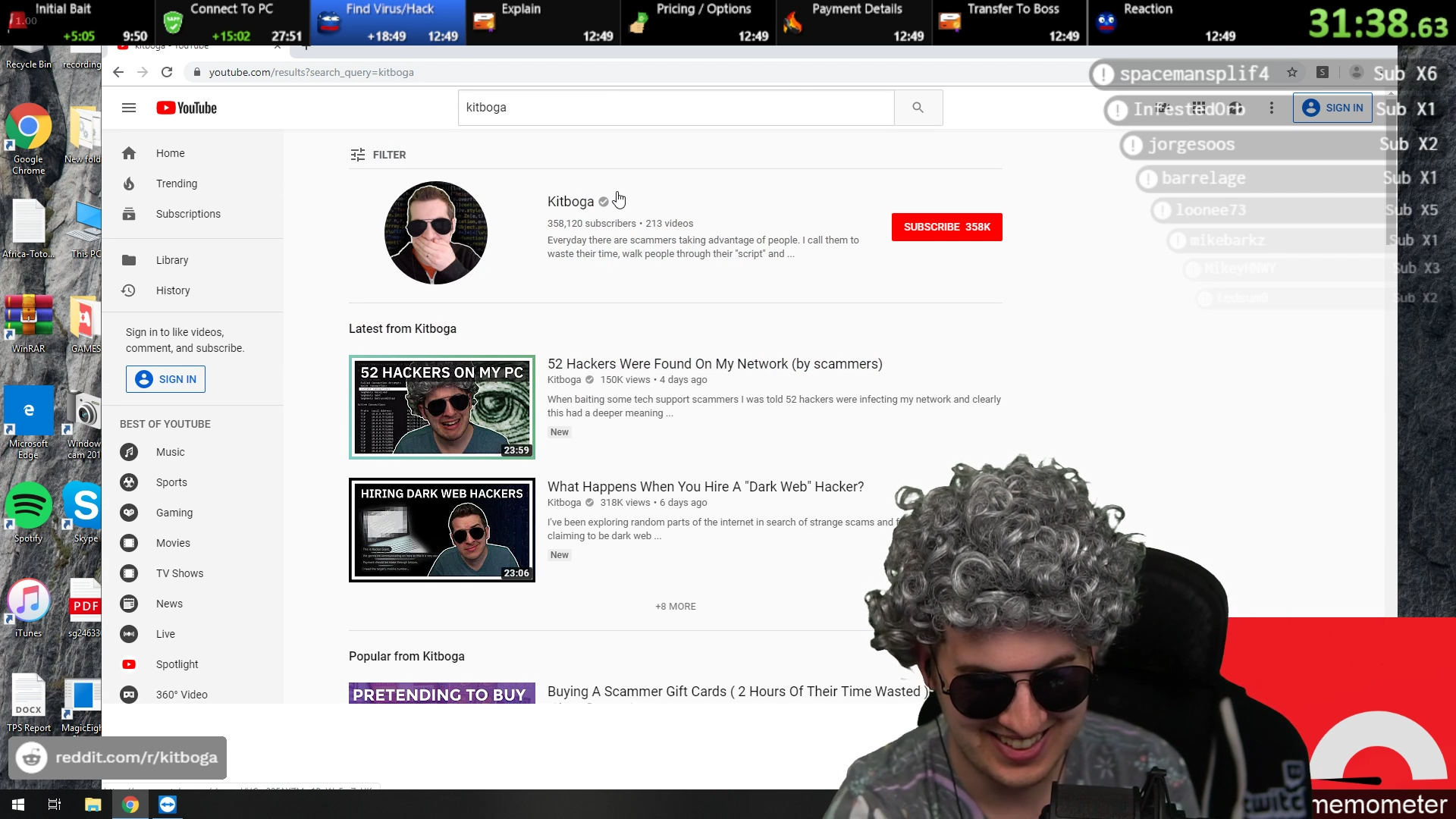 There are people who make a living scamming people, but Twitch streamer Kitboga makes it baiting scammers. He usually succeeds in making scammers waste their time in long conversations with one of the several characters he roleplays while streaming, but his increasing popularity has finally caught up to him.

Kitboga was baiting a scammer on a stream last night. He called him after receiving a message that he should claim a $299 refund for a service he actually never paid for. After Kitboga impersonated an old lady for about an hour of conversation for the refund he would never take, the scammer busted him.

“What do you do? Are you a YouTuber?,” the scammer said as they opened YouTube on Kitboga’s computer remotely, which was the screen the streamer was broadcasting. As the scammer started scrolling through the videos, Kitboga remains in character for a bit longer and pretends not to understand what the scammer was talking about. He can’t fool him, though.

“This is you!,” the scammer said while a preview of a Kitboga video was playing. The streamer was impressed and gave up on his character to ask the scammer if he watched his YouTube videos, to which the man confessed.

“I know who you are, Kitboga!,” the scammer said while laughing. Kitboga chuckled and said he found the situation awkward, still in disbelief that one of his victims was part of his audience. That ruined the rest of that interaction, which forced Kitboga to find another scammer to fool.

This is a rare situation, though. Kitboga usually goes undetected throughout the whole service, and scammers at most understand at some point that the person on the other side is just wasting their time. But being called by his Twitch name is not something Kitboga is used to.

Kitboga’s viewership on Twitch has been growing for a few months now, according to statistics website Sullygnome. He just has to hope he doesn’t become popular enough that people regularly recognize him. Otherwise he’ll have to create a new character roster to bait them.