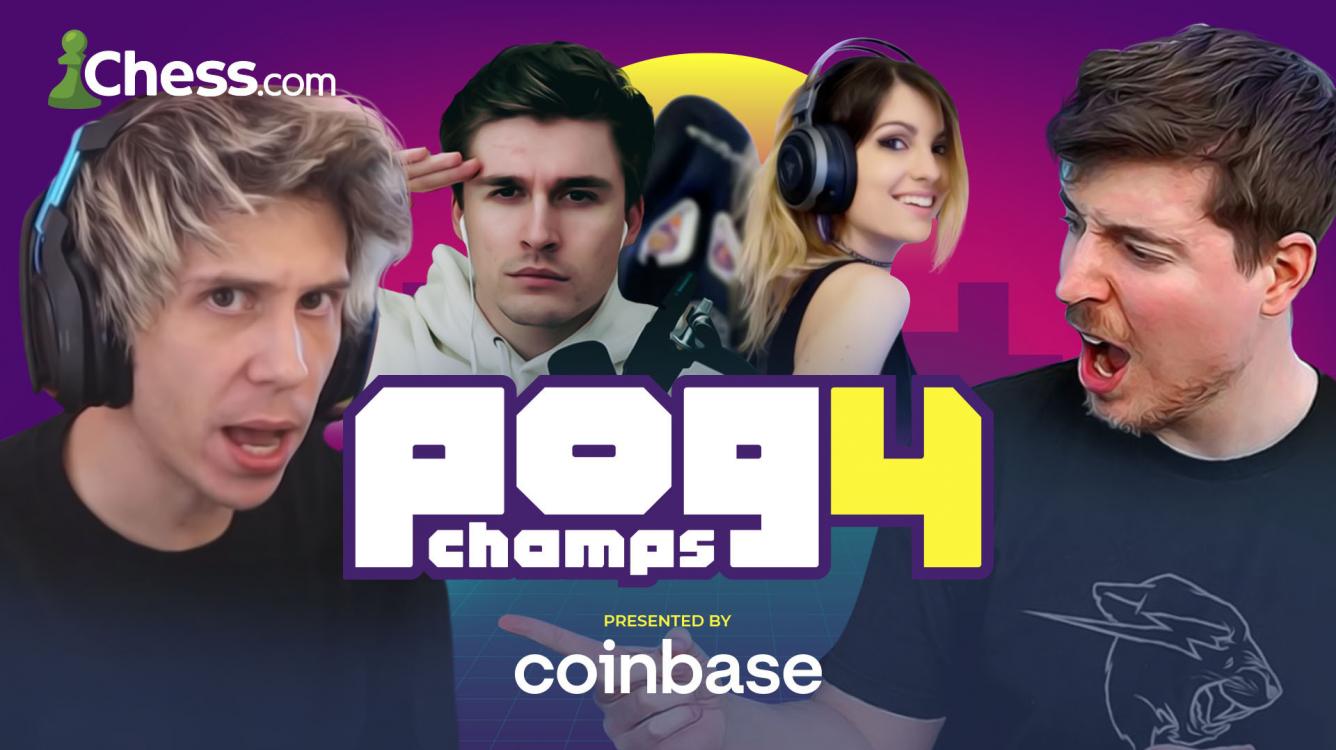 PogChamps is back again on Chess.com and the fourth edition of the personality-driven chess tournament touts a $100,000 prize pool.

The event will be hosted by all of the usual suspects in the chess game, including the Botez sisters, Danny Rensch, and Anna Rudolf, among others.

There are 16 different personalities competing with 15 of them being Twitch content creators. The only person who is not primarily on Twitch is MrBeast, who’s a YouTuber.

Here’s a list of all the people who are playing:

The competition, which takes place until Sept. 12, starts with group play that runs through next Tuesday, Sept. 7. Every day, except Friday, Sept. 3 will feature two to four matches between people in the same pool.

Each match will have two games of 10+5 time control. Players will get three points for a win and two for a win via tiebreaker. Each group’s top two competitors will advance to the eight-person championship bracket.

To watch all of the action, you can check out the event’s schedule and watch the stream of whoever is playing at the time. You can also check out the action at Chess.com/tv, where you’ll be able to get commentary from notable IM and GM-level personalities.