The setup, the punchline, and the result are all in one clip. 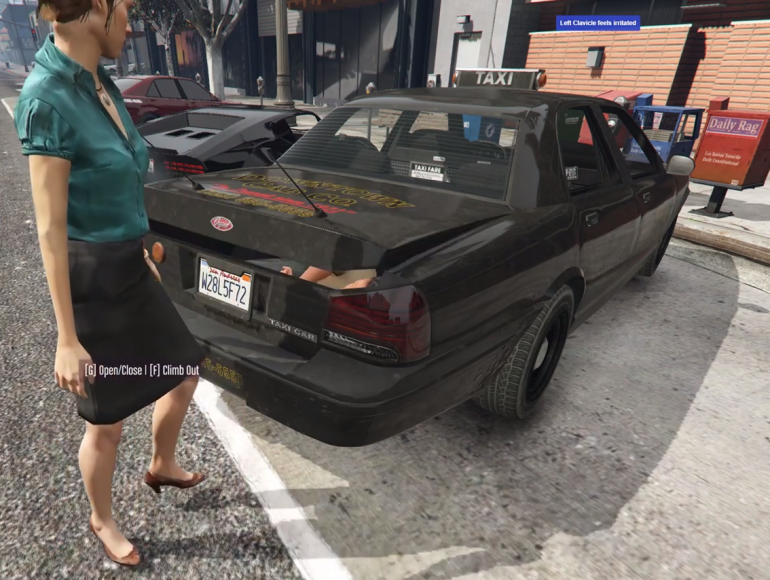 Playing on the popular NoPixel server, Ashlynn’s character Brenda was parked in her taxi cab when she received a call from Pokelawls’ character Bogg.

Little did Brenda know that the incoming call was actually being placed from inside her car’s trunk where Bogg was lying in wait to spring his trap.

“What, Bogg?” Brenda said, annoyed with Bogg’s regular antics she has to put up with.

“You can’t tell anyone about my location, I put a gun in your trunk,” Bogg said. “Okay? Bye.” He hung up the phone and prepared to strike.

Understandably curious, Brenda got out of the car and walked to the trunk to investigate. As she was standing behind her car and preparing to see if Bogg was telling the truth, he threw open the trunk door, screamed, and slammed it shut.

“OHHHH,” Brenda yelled. Both Ashlynn and Pokelawl’s chats starting going crazy, with emotes and LULWs flying everywhere. “What the fuck?” she said.

“Did I get you?” Bogg said after climbing out of the trunk so he could point and laugh at Brenda.

Fortunately, the prank was captured from both perspectives. You can also watch how it unfolded through Ashlynn’s eyes.