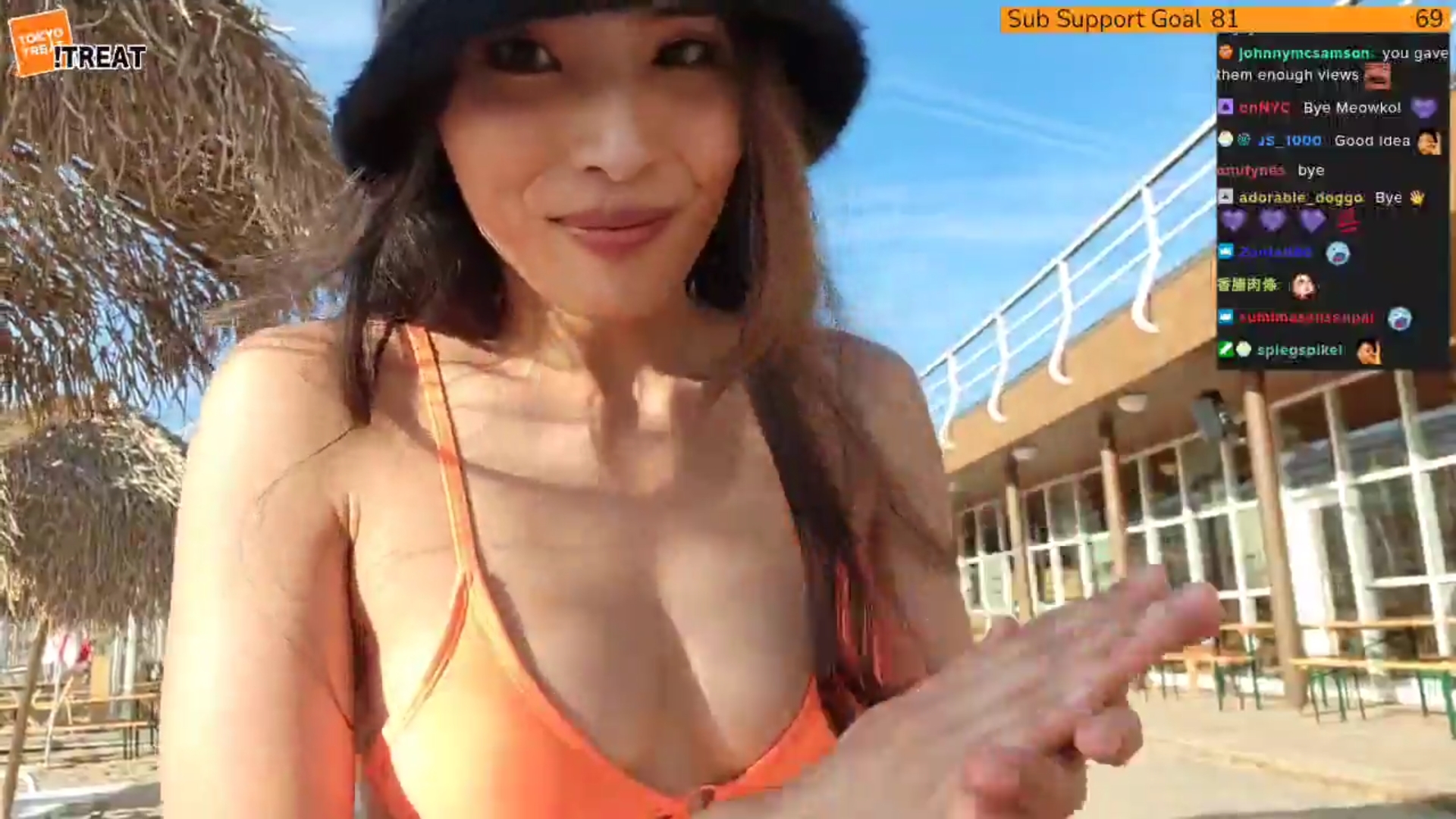 Japanese variety streamer Meowko is the recent female content creator to share a horror story about their streaming experience.

Meowko is known for her IRL streams where she will dance in public places or do other physical activities. This recently brought Meowko to a public beach but the previously light-hearted stream was cut short after a man made her too uncomfortable.

Meowko, sporting a fuzzy bucket hat and neon bikini, leaned in to whisper to her viewers that she was ending the stream and would continue at home due to a man hovering around her. He was getting too close to her things, causing Meowko to feel unsafe and scared. She described his behavior as “creepy” to her fans.

On Reddit, a lot of people defended the man’s behavior, noting that she’s in a public place surrounded by families. Others pointed out that many of her viewers were probably “this guy,” although there’s a difference between someone watching safely from home versus getting in her personal space.

The eerie moment had some fans in the streaming community concerned for Meowko’s safety. A few viewers even wondered if female streamers should have “bodyguards” if they plan to do IRL broadcasts. Amouranth has admitted to having a bodyguard, something she recently discussed when a stalker attempted to break into her home.

Other streamers have faced their share of uncomfortable and even dangerous situations, including CashMeow who was assaulted at a restaurant while he was traveling. QuiteLola was also kissed by a random man on the street without her consent.