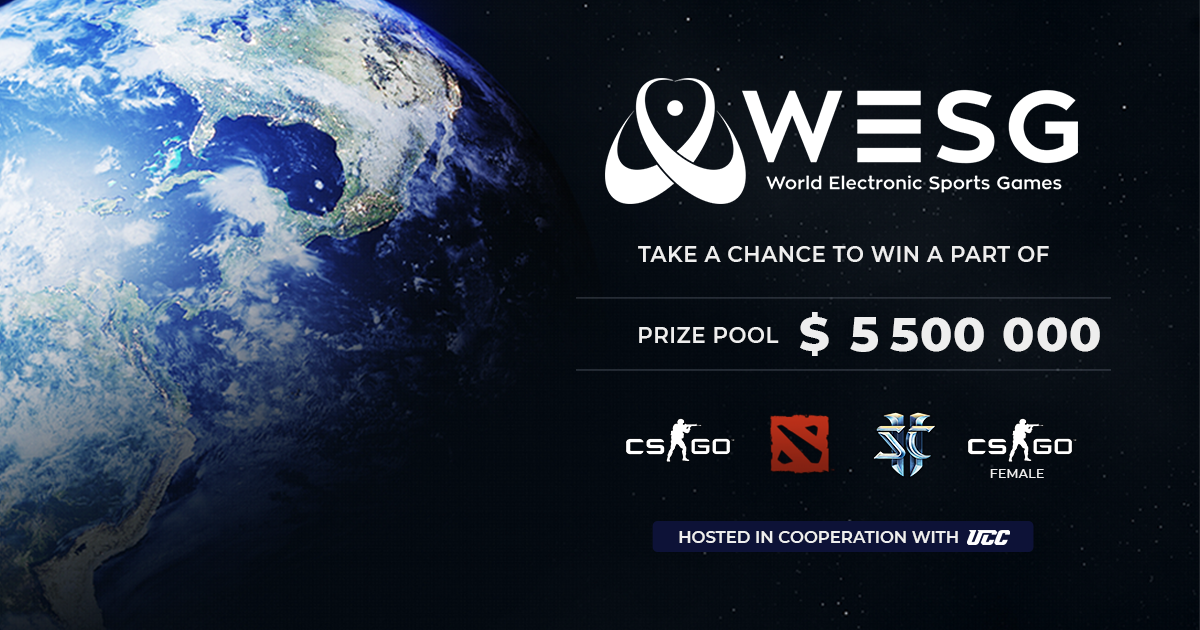 The World Electronic Sports Games is making a return and will feature online qualifiers for all four competing regions in the race to the Chongqing Grand Final in March 2020 and its $5.5 million prize pool.

These qualifiers will begin on Nov. 13, with different tournaments held for Dota 2, StarCraft II, and CS:GO, with a men’s and women’s bracket for the first-person shooter.

In collaboration with tournament organizer, U Can Company, each region will have a two-stage qualifier that will vary slightly between each competition, with Asian teams getting to compete in a revived Asia Pacific Final.

Each qualifier system will vary depending on the region, with full details to be revealed once the registration period ends. Players from Africa, the CIS, and Europe will be competing directly for spots at the WESG Grand Final by playing completely online through the U Can Company organized qualifiers.

Meanwhile, those Asian teams will compete in an open qualifier to claim a spot at the Asia Pacific Final, where they will then work to qualify for their own Grand Final spot.

Another big change is that teams signing up to compete in the WESG 2019-20 qualifiers no longer have to be completely comprised of a single nationality. This year, teams can include a maximum of two players from other nationalities on their rosters, as long as the remaining three players represent the same nationality.

If you are interested in competing in one of the games, you can find more information and everything else you need to sign up, including joining a commentary team, on the official WESG website.