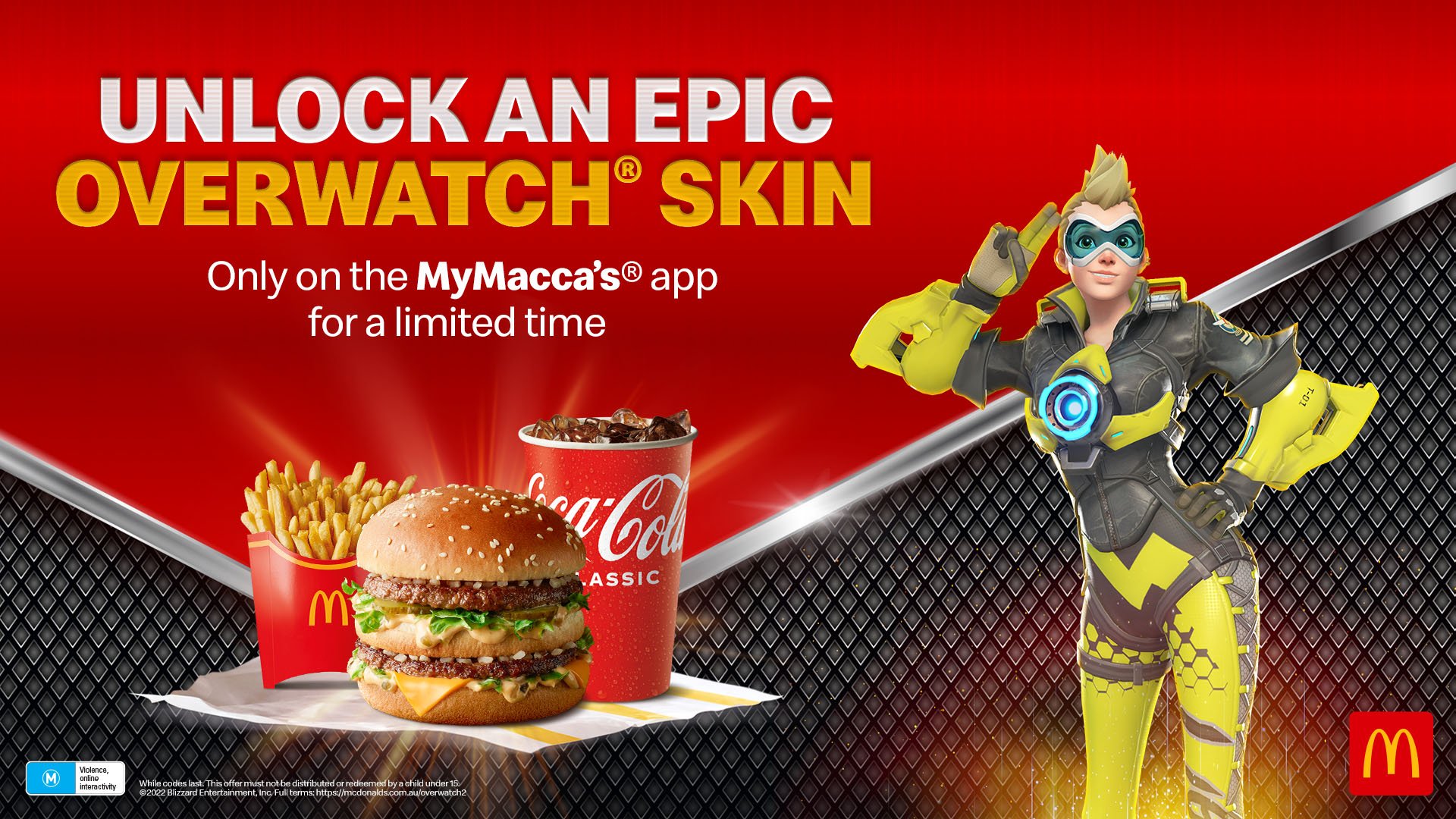 This article is written in partnership with Macca’s.

Time to gear up with a Big Mac! The Overwatch 2 Meals are finally at your local Macca’s with three epic meals to choose from!

After years of waiting, Overwatch 2 is upon us. Introducing a slew of new characters, remixed mechanics, and extra maps, the sequel to Blizzard’s genre-defining esports shooter is set to take the world by storm in the coming months. As you grind out levels and unlock new gear, costumes, and victory poses, you’ll need some meals to keep you going. That’s where Macca’s comes in.

To celebrate the release of the much anticipated Overwatch 2, McDonald’s Australia has partnered with Blizzard to create three Overwatch-themed meals.

Available from Oct. 19 to Oct. 31, customers that grab an Overwatch 2 Big Mac, McChicken, or 10-piece Chicken McNuggets combo through the MyMacca’sApp will receive a code for an exclusive Tracer Lightning skin.

The steps are simple. Open the MyMacca’s app, select your Overwatch 2 Meal and desired pick-up location, complete your purchase in-store, and then you’ll receive an email with a unique code for the skin.

Once you’re at home, go to your Blizzard account, open the redemption page, and type in the Overwatch 2 code. You’ll then have a brand-new Epic skin for Tracer.

This promotion will be live across all Macca’s stores, so you won’t need to worry about participating retail locations. There is a limit of one code per transaction per customer, so you won’t be able to stack codes with multiple meals.

Quantities are limited, so make sure to order yours as soon as you can.