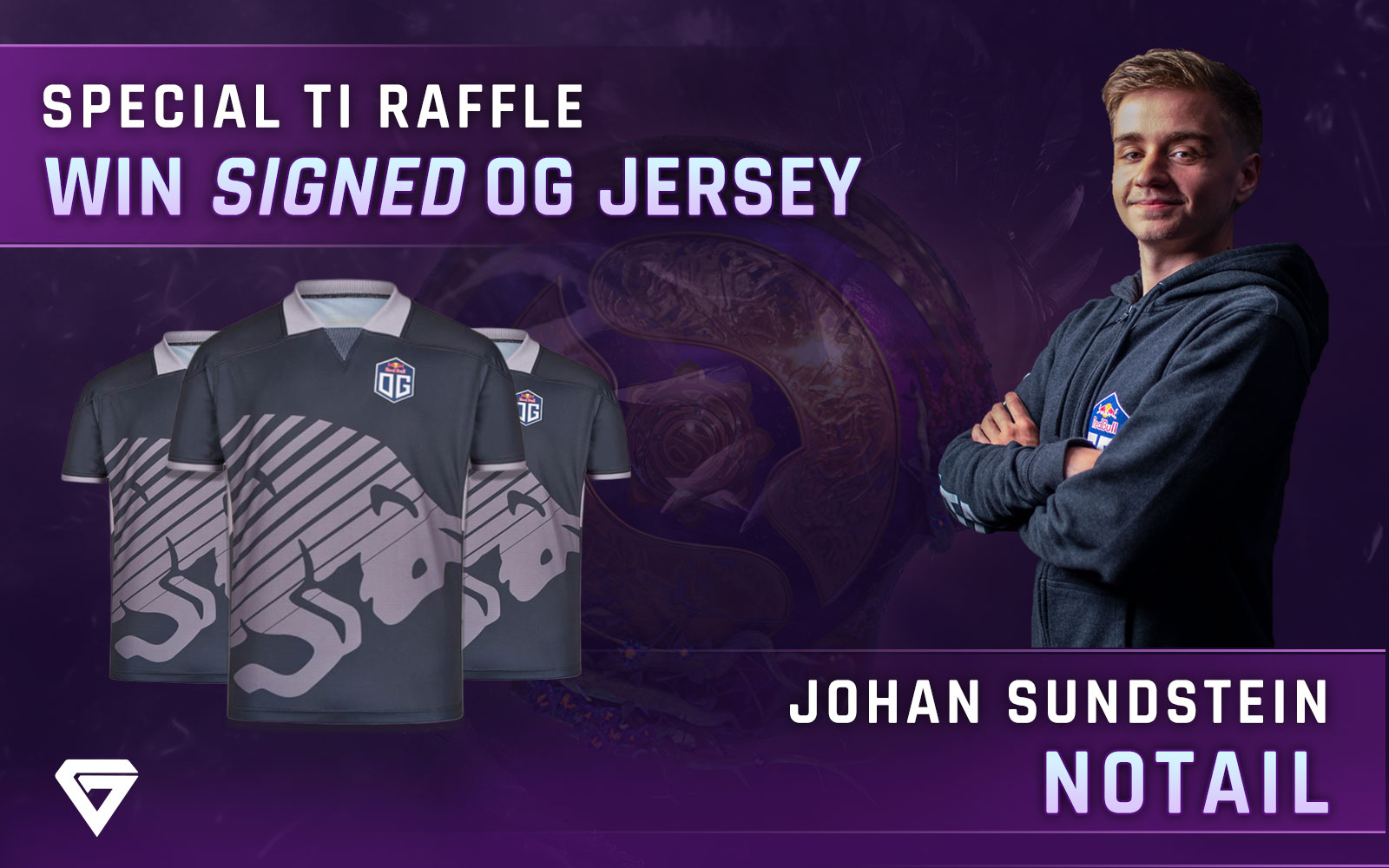 This article proudly sponsored by GamerzClass

Most, if not all, gamers would jump at the opportunity to learn from their favorite players. Imagine picking up CS:GO skills from NBK, or learning how to dominate League of Legends straight from Soaz himself. All of this has been made possible with team at GamerzClass, led by CEO Victor Folmann.

The esports-education company has a new offer, too: if you purchase a course from two-time International champ, N0tail, you go in the draw to win a signed OG TI jersey.

We spoke with Folmann about how GamerzClass came to life, and what you can expect in the future:

We see GamerzClass and the world-leading platform it has become, how did it all begin?

I have a story that I want to share with you to let you get a little deeper insight into why GamerzClass exists. Eight months ago, my friend Rasmus and I were talking about creating a company that would help other like-minded gamers improve their skills. Not something too sleazy, but we genuinely wanted to create something that could be used as a complete bible on how to become a top-tier gamer.

I remember back from my childhood I always wanted to be taught by the world’s best, but I could never really find the right place to go. I remember spending hours and hours on websites trying to download videos I could review. I spent endless hours on YouTube looking for grenade and aim tutorials for CS:GO and endless nights watching streams on twitch to look out on how to become a better player. I learned so many things through those channels, but I also realized how more effectively I could have spent my time if there was a dedicated platform for educational gaming content.

After that, I thought about creating the content myself but quickly fell short regarding the knowledge and expertise I had in the different games. I never really played as a professional player neither, so how could I teach people about that? It made me think about how I could get in contact with the players that I wanted to be taught by myself. I tried to reach out to all the biggest players in the world through their social channels asking them to help me.

I did my best in writing encouraging messages, telling them how eager I was to learn from them and that many other players out there, had the same needs as I had.  Guess how many replied? One. Just one, his name was Froggen.

That was our opening to do something, I remember how hyped Rasmus and I were about this opportunity. It was now or never.  We grabbed the opportunity and created our first GamerzClass. I will not go too much into details about how we produced it, ill save that for another good time.

I have been a fan of Froggen for a while, this just increases my fandom. What are your goals with GamerzClass?

GamerzClass is built upon young ambitious gamers who strive towards becoming professionals, and that is exactly what we’re trying to help achieve. One of our goals is also to help develop and define the esport scene and community, as it’s still not even close to fully mature. We’re a young team that was once in the same situation as them, and we would’ve loved if there were the same educational tools and content available back then, as there is today.

What differs us from other platforms is certainly that we’re offering top tier players, that you’re normally not available to learn from due to the time commitment to their professional career. Most of the content that’s available on YouTube and similar services are either retired players or streamers, but on our platform, you have a chance to learn from the latest Major or The International winner to use an example.

Giving people the opportunity to learn from the back to back TI champion is incredible. What kind of things can we expect to learn from your team?

Our courses are built around an A-Z approach. We’re trying to take the student on a journey, starting from a beginner level and slowly adjusting the learning difficulty as they’re getting more knowledge. Or simply start at the appropriate level for you, and move up the ladder.

A single course is not meant to take you through the entire alphabet, and this is also one of the reasons why we’re always expanding, as every player has a different approach, opinion or role. In most multiplayer games, players are split up into certain roles, and we’re doing our best to cover every single one of them.

This is one of the reasons that we implemented our subscription model, as we never wanted our members to be restricted to a single course, as it does not paint the full picture.

The industry is going through immense change constantly, how do you plan on keeping ahead of the fold?

The industry is getting more and more “professionalized” and that’s definitely a change that we want to support and help build upon. This is not only in terms of more money entering esport but also regarding communication, contracts, sponsors and just esport in general.

We in GamerzClass is doing our absolute best to ensure that we’re ahead of the fold, and just to give a little example, we’re already developing a new website where we can implement Gamification. This is not only a big step in the right direction for us in terms of tracking student’s improvement, but also proof and incentive for the students that they’re actually improving, as well as staying hungry to keep learning.

I bet the N0tail course is incredible. Especially after his huge back to back win at TI9, what kind of insights can you give us into his course? Why should people sign up?

Partnering with N0tail was a decision we didn’t have to think twice about. Johan is one of the most well-liked players in the DOTA 2 community, and his passion for the game was unquestionable. We came in contact with Johan briefly before The International in his short vacation in Denmark, and both parties really wanted to execute on this idea. If you ask us, we couldn’t have found a better person to do our first DOTA 2 course.

To give a little insight, Johan always felt there was a void for a general guide that covered most the basics of the game. Not only that but as you come further into the course, the learning curve also goes upwards. This course caps around 5000mmr. But as I’ve mentioned earlier, one course does not learn you everything about the game, as there’s simply too much to dive into. And this is why we will keep expanding in DOTA 2 as well.

With the increasing demand for education in the esports space, what does the future hold for GamerzClass?

It’s always hard to predict the future, but our hopes are that we can keep developing and expanding our company into producing more and better courses at a faster pace. Not only to private customers but also to business to business as esports initiatives worldwide in school facilities etc. are starting to become more and more acknowledged.

Will we ever see face to face masterclasses?

At the current state, it’s simply not an option. One of the reasons is that it’s too time-consuming from the player’s perspective. We’ve tried toying with the idea of face to face coaching and actually invited a level 10 FACEIT player into our course with Maniac to receive feedback on his game. This is something that we had huge success with and were well received because a lot of our customers can relate to the mistakes and feedback that he receives.

Can you give us any hints into upcoming courses?

I’d say in the near future, I’d definitely keep an eye out on our CS:GO section if you would like to learn from a player that represents a Top3 team and has been around French top teams for the past 10 years.

That’s all I’ll spoil for now, but we’re always expanding and you can expect a lot more announcements during the remainder of 2019.