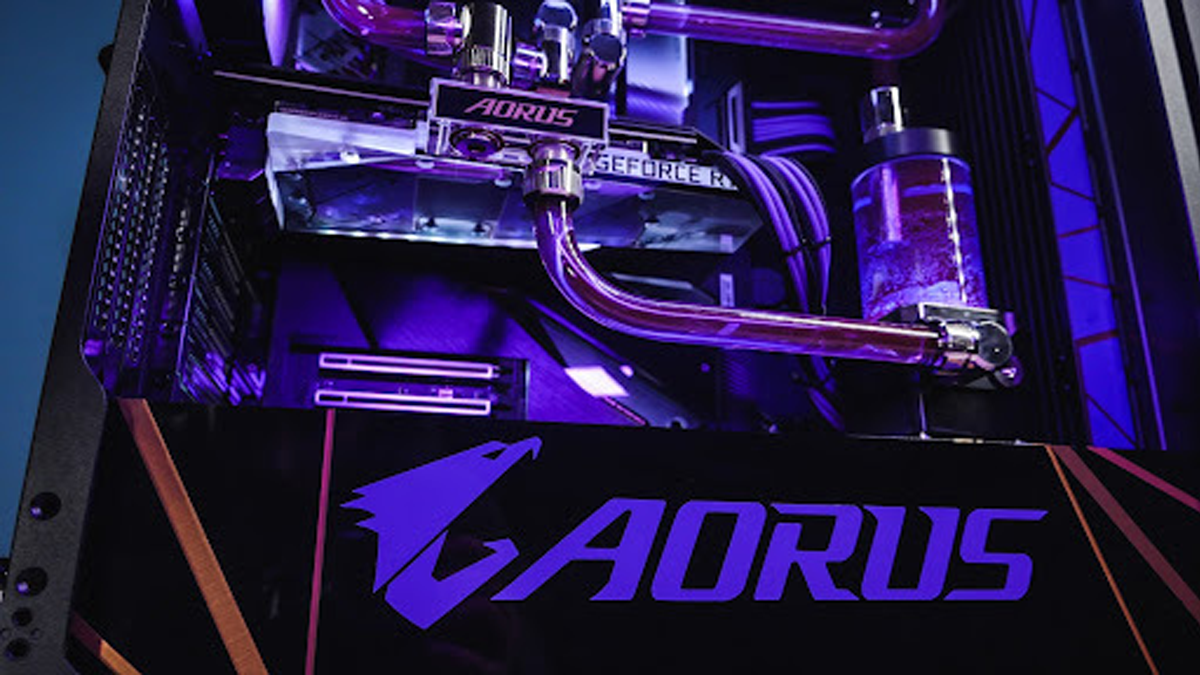 This article is proudly sponsored by GIGABYTE.

As one of the most trusted brands in computer hardware for the last few decades, GIGABYTE has continued to prove its dominance when it comes to high-end parts with its AORUS line of equipment. With products ranging from motherboards to monitors, end users can build entire GIGABYTE-themed PCs that are on the cutting edge of technology. If you’re a gamer and want performance, GIGABYTE should be on your radar.

With Intel gearing up to release its 13th gen processors in the near future, now is the best time to get solid deals on current-generation hardware. While it may not be ultra-new, Intel’s 12th gen outperforms the competition and will last you for many years to come, especially when paired with a GIGABYTE motherboard.

When it comes to Intel’s Z690 platform, GIGABYTE has multiple options available. For those on a budget, the Z690 AORUS Elite AX provides the best price-to-performance ratio available from the brand. With high-end features such as WiFi 6 compatibility, 2.5-gigabit ethernet support, and USB 3.2 Gen 2×2 ports, this motherboard is packed to the brim. Alongside a robust VRM cooling system, the Elite AX is available in both DDR4 and DDR5 configurations.

If you need to step up your game for some overclocking, the Z690 AORUS Master motherboard contains all of the features from the Elite AX as well as some additional ones. The VRM design has an even more robust cooling system with GIGABYTE’s patented Fins-Array III, Direct Touch Heatpipe II, and Nano-Carbon coating. While limited to just DDR5 memory, you’ll be able to push your RAM to even faster speeds thanks to support for up to 6400 MHz. Lastly, those with expanded networks will find 10-gigabit support included.

If you’re ready to jump into the world of water cooling, GIGABYTE also has a motherboard for that. The Z690 AORUS Xtreme line comes with all of the features of the AORUS Master, just with configurations available for custom water cooling. You’ll be able to choose from the standard version (Xtreme) or one with a full water block for the CPU (Waterforce). The VRM design allows for easy hook-ups with your tubing and the included dual 10-gigabit LAN ports will push your networking speeds even higher.

As a thank you to its community, GIGABYTE is holding a giveaway for a custom PC build that includes the Z690 AORUS Elite AX. Built in conjunction with Gear Seekers, this PC promises to look extra stylish while providing blisteringly fast framerates and performance. Users can watch the build by visiting Gear Seeker’s YouTube. If you’d like to see the Z690 AORUS Master or the AORUS Xtreme Waterforce, Simple Modz has videos for both.

The giveaways are made in promotion of the #BuildWithAORUS hashtag and are meant to highlight the possibilities when it comes to choosing GIGABYTE. Whether you’re a gamer, a creator, or a casual computer fan, GIGABYTE has a range of different hardware available for your needs. Visit Build With AORUS to see the different configurations you can create.