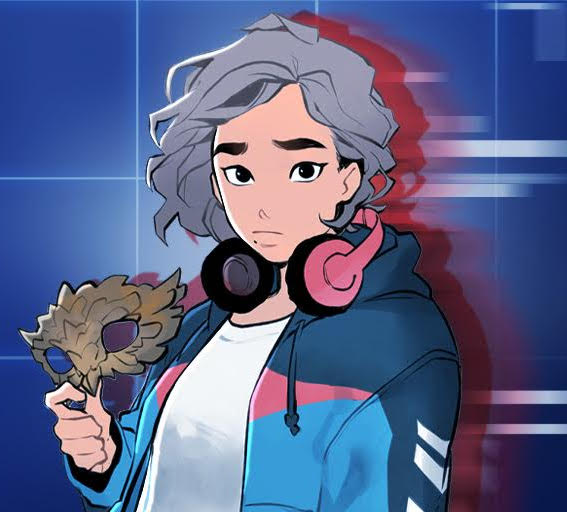 Brought to you by Studio Tapas.

Vicky “Vic” Tan works behind the scenes to support her brother, Virgil, as he becomes one of the top flex DPS players in Xenith Orion, a fictional competitive FPS game. Virgil revels in the fame and attention he attracts being an esports superstar. Meanwhile, Vic lets her shyness and social anxiety keep her hidden in her brother’s growing shadow.

But there’s more to Vic than anyone knows.

In the quiet hours of the night, she secretly participates in Xenith Orion’s online scene and demolishes the competition under the name “Aegis.” After experiencing intense hatred and bullying as a woman on the internet, she uses a voice changer online and dons a disguise to play at a gaming cafe. Aegis becomes a “cryptid legend” within the scene, but Vic secretly craves the adrenaline rush Virgil enjoys on stage.

This is the story from a new comic series by Studio Tapas, DPS Only!, which explores how a young woman in the esports scene slowly emerges from her shell to gain the recognition she deserves.

DPS Only! tackles the difficulties of being a woman in the esports scene while giving fans an engaging, entertaining protagonist to root for. The backdrop of esports competition also offers an endless well of emotions, drama, and interesting characters to draw from. Esports fans will notice dozens of in-jokes, from celebration dinners at Korean barbeque joints to ugly trash talk in game chats.

The comic also comes from a very real place. After joking with her friends that there should be “an esports anime,” DPS Only! author and artist Veloce Kong decided to take things into her own hands. Having not seen an esports comic with a female protagonist, Kong says the “idea has always been festering inside my head, doubly so when Overwatch League kicked off and I became even more invested in esports culture… If I wanted to see a female protagonist in an esports story so badly, I might as well take my own shot at it.”

As an avid gamer and fan of esports scenes like the Overwatch League and Super Smash Bros. circuit, Kong has integrated accurate illustrations and storylines that esports fans will relate to. Virgil enjoys the sparkling lights and rush of throwing down his headset as he wins the opening tournament, for example. Many scenes are lit by the glow of screens or stage lights. 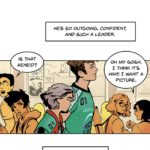 While the glitter of the esports dream is represented well, Kong also accurately depicts the experience of being a woman in the gaming scene. At one point in DPS Only!, Vic remembers her first time entering voice chat on Xenith Orion. She’s harassed and asked for her number despite being a minor, an experience similar to one Kong had in her early years of gaming. Vic is also blamed for her team’s shortcomings despite her talent, which Kong describes as “some gamer girl rite of passage.”

Gabrielle Luu, DPS Only! editor and head of Studio Tapas, also shared some of the same experiences but believes readers may find comfort in seeing that others know their pain.

“It’s easy to forget that there are others who understand when you’re at home by yourself, playing with anonymous, sometimes toxic, sometimes sexist, voices,” Luu said. “It’s important to share stories about women in esports because it’s important to remind women that they shouldn’t be afraid to pursue what they love, even when others try to tear them down.”

While DPS Only! dives hard into the frustration and distress that women in esports experience, at its heart, it’s a story about universal acceptance within the gaming world. “All gamers are here to have fun and cry on our keyboards and controllers,” Kong said. “We should do it peacefully together.”

“Vicky starts out a lone gamer, finding happiness in climbing up the ladder all on her own. But once she finds friends who share the same ambition, and who understand and support her, she absolutely thrives,” Luu said. “There will always be people who will criticize or look down on you because of your interests, but there are also others looking for people just like you to share in and inspire your passion. You’ve just got to put yourself out there to be found.”

DPS Only! debuts on Tapas at 11am CT on April 17. The entire series is free to read. Episodes will be released on the seventh, 17th, and 27th of each month. You can also read ahead by paying on the Tapas app or website.