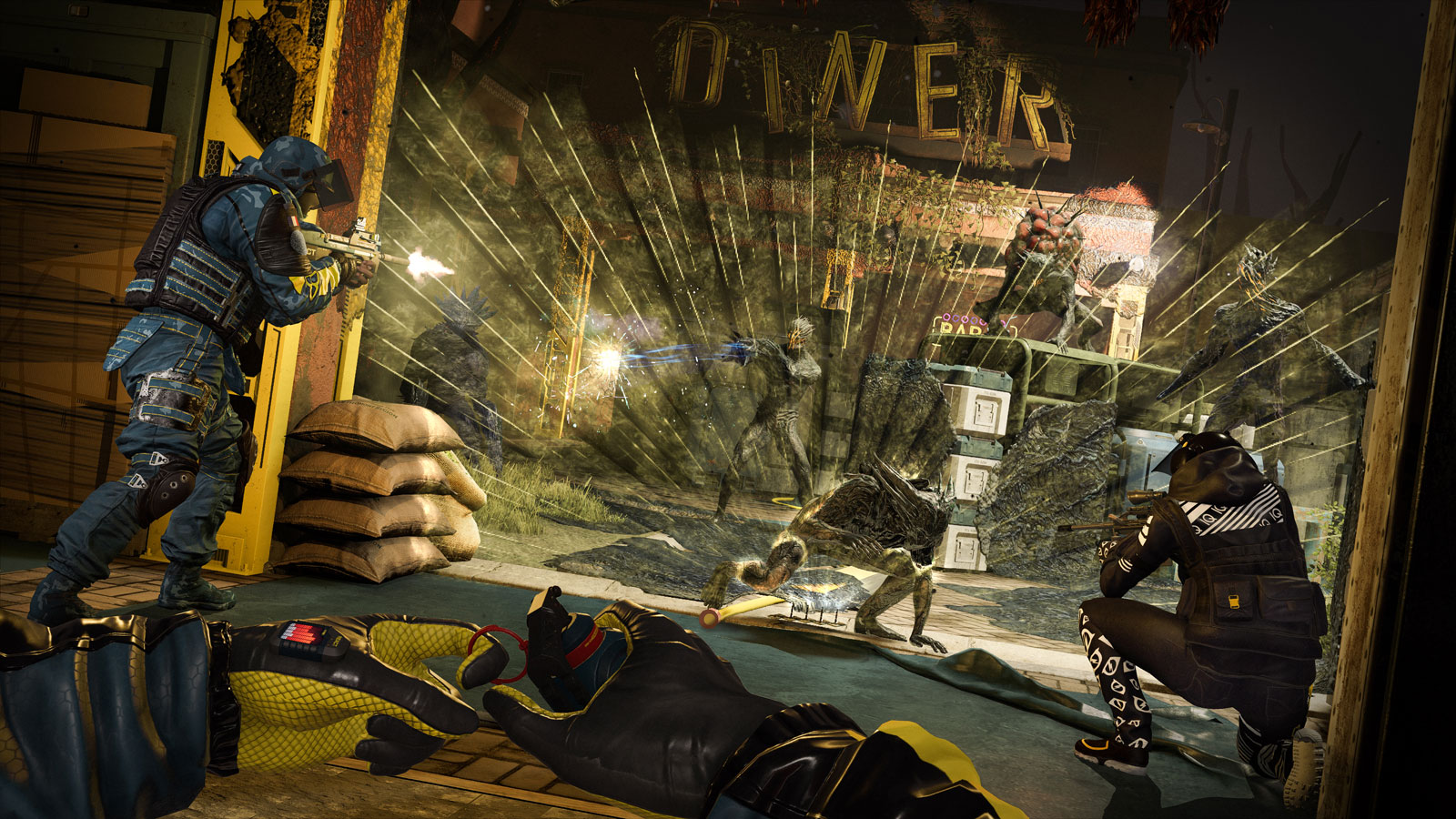 The latest entry in the expansive Tom Clancy gaming universe is Rainbow Six Extraction, a cooperative reimagining of the popular Rainbow Six Siege title that pits the game’s unique operators against a dangerous and evolving alien enemy.

Players will have access to 18 different operators, with the ability to level up all 18 of them via a deep progression system that unlocks new gear, stat boosts, loadout options, and combat perks.

The game is set to release for PC, Xbox One Series X|S, Xbox One, PS4, PS5, Stadia, and Amazon Luna on Jan. 20, 2022. If you’re a modern gamer with multiple platforms, then you’ll be interested to hear about the cross-platform features coming to Rainbow Six Extraction.

What cross-platform features will Rainbow Six Extraction have?

Rainbow Six Extraction uses full cross-save support, so players will be able to play and progress on any platform and have their progress saved if they play on a different platform. Each copy of Rainbow Six Extraction also includes a “cross-platform Buddy Pass,” which lets the player invite two friends to play online co-op with them for up to 14 days, even if they don’t own the game.

Rainbow Six Extraction will also have full crossplay between all platforms, allowing players to compete alongside each other between PC, Xbox, and PlayStation. Right now, Rainbow Six Siege doesn’t even have crossplay between platforms outside the same hardware family, meaning Xbox One players can play against Xbox Series X|S players but not against PlayStation or PC players.

Full crossplay will be coming to Siege sometime in the future. But if you’re looking for a Rainbow Six game to play with friends on other consoles, then Extraction is where it’s at. Players will likely need to sign in with a Ubisoft account on multiple platforms to take full advantage of the cross-platform features.