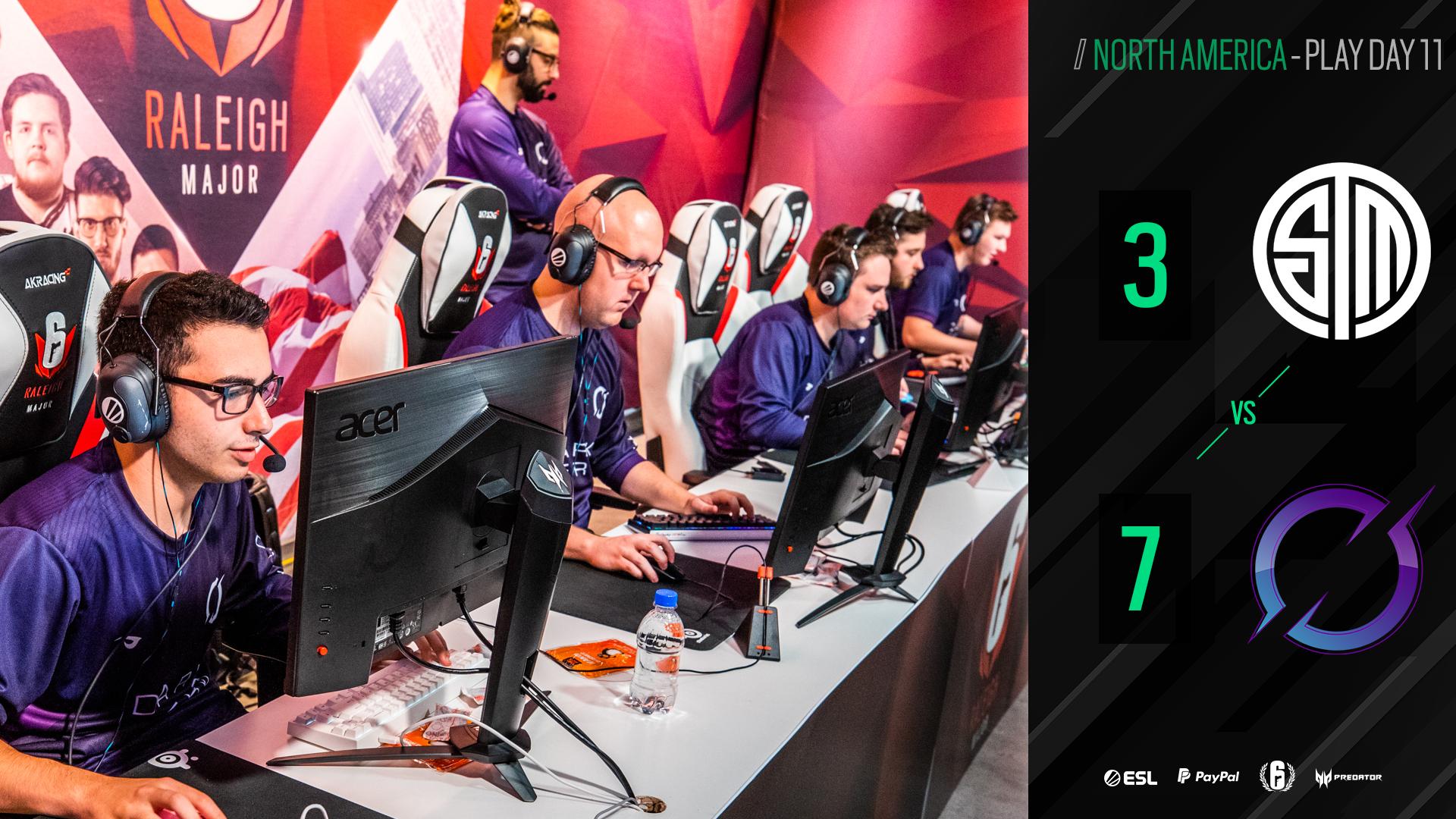 DarkZero crushed TSM 7-3 in an overwhelming show of force. TSM’s failure to secure a single point in this matchup prevents the team from crawling out of their relegation slot.

An all-important win against Spacestation Gaming put TSM in step with a sixth-ranked Rogue. While Rogue held the tiebreaker after beating TSM earlier in the season, both teams came into the matchday looking to outperform one another in their respective matchups. Rogue’s draw with Evil Geniuses earlier tonight ensured they would continue to tread water in in case TSM drew DarkZero.

But TSM never even came close to outperforming DarkZero. It took TSM four straight rounds on an attack to grab a round win and even then it looked to be a heavy effort by Jason “Beaulo” Doty. DarkZero went so far as to reach match point before TSM could win out another round.

It’s disheartening for TSM fans to see the team come into this matchup so discombobulated. The roster move of benching Sam Jarvis in favor of coach Aaron “Gotcha” Chung was an odd decision but one that looked like it may provide some great results given Gotcha’s past performances filling in for a player. As the losses kept rolling in, TSM fans briefly slammed chat with “FreeJarvis” and “LetJarvisPlay.”

To TSM’s credit, DarkZero were inhuman in their executions and setting up for re-frags. Conversely, it was really just Beaulo for eight rounds. The Pro League freshman racked up 10 frags in eight rounds while his closest second was a paltry three frags. Even broadcasters Loviel “Velly” Cardwell and Michael “KiXSTAr” Stockley absolutely railed the rest of the TSM roster for not carrying their weight in the matchup.

With TSM’s stunning defeat, Rogue is indefinitely safe from taking a relegation slot. The road ahead for TSM remains uncertain and fans have to wonder if the decision to bench Jarvis after playing only two Pro League matches and contributing to a DreamHack Montreal win was the right choice. The TSM roster seems to be in need of some stability. As it stands now, every aspect of TSM’s future is uncertain.

The Rainbow Six Siege Pro League picks back up on Friday, Oct. 4. With the Pro League coming to a close for the regular season, teams will undoubtedly be going all out in the final push to grab a slot in the Japan Finals. Fans can find the official broadcast here.