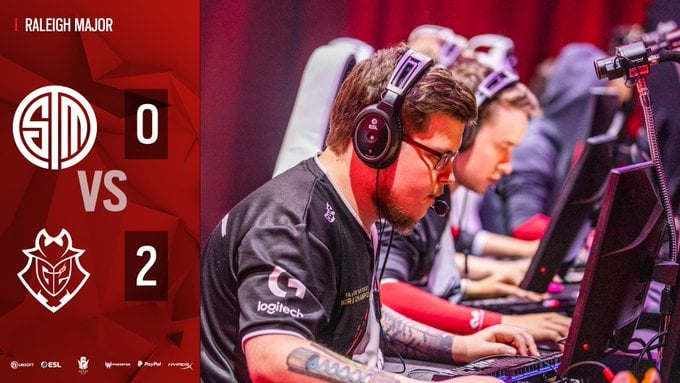 Despite having five teams representing the division, the North American presence at the Six Major Raleigh has been cleared, thanks to G2 Esports. TSM tried to hang on, but they quickly folded 2-0.

With the elimination of Spacestation Gaming earlier in the quarterfinals, TSM remained the only hope for North America supporters. The underdog squad failed to gain any momentum on either map, though, and easily broke under the pressure.

While TSM have proven formidable on LAN, G2 are on a completely different level. Both squads have underperformed during the regular Pro League season, but G2 has brilliantly retained their edge on LAN.

TSM should get some credit for taking a few rounds off of the world-class G2. It isn’t an easy task to take a map from G2, let alone come out on top in a best-of-three. What was an even bigger ask was leaving Owen “Pojoman” Mitura up in the clutch several times on Villa.

In a Major with so much North American division presence, it’s disappointing to see not one team in the semifinals. It looks like the NA curse continues on with another title going the way of the European division. The final four teams in the semis have turned the Raleigh Major into an all-European contest.

G2’s Fabian Hӓllsten predictably gave a “colorful” post-match interview that really showcased G2’s confidence. Fans will get to see if G2 can live up to Hӓllsten’s trash talk when the squad faces off with forZe in the semi-finals.

The semi-finals kick off tomorrow, Aug 17, along with the talent showmatch. Fans can catch the official broadcast here.