TSM made sure North America has a second finals slot. 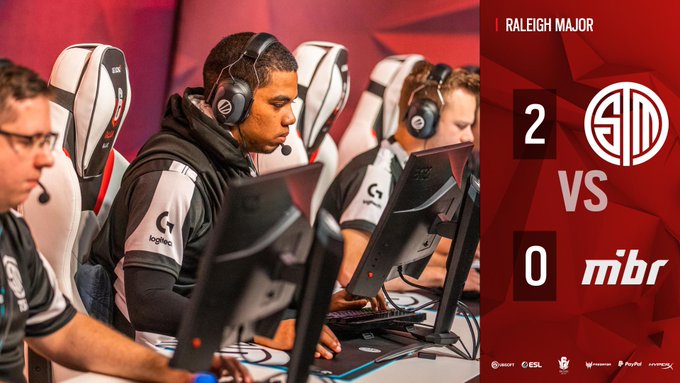 On a day with little to celebrate for North America Rainbow Six Siege fans, TSM made sure the division will have strong representation in the Raleigh Major Finals.

The 2-0 win comes at the expense of MIBR, who were gunning to be the second representatives for the Latin American division. It was an extremely rough day for North America Rainbow Six Siege fans, who saw Rogue eliminated from the Raleigh race first thing this morning. That pain was only increased when Evil Geniuses and DarkZero lost out to Vodafone Giants and FaZe Clan, respectively.

TSM has had an extremely poor first half of the Pro League season 10. While it isn’t uncommon for teams to have varying degrees of success on and offline, TSM is decidedly a LAN team. The squad absolutely dominated MIBR, formerly of Immortals ownership.

It was a bittersweet situation either way since the LATAM division was just as underrepresented as the APAC division. With only two Latin American squads and five North American squads present at the Raleigh Major, it’s sad to see MIBR go out, just like it was sad to see all three APAC squads go down.

Although the LATAM division was generally underrepresented in the Raleigh Major, it’s good to see at least one other North American team make the cut besides Spacestation Gaming. Hopefully, SSG or TSM can make something work in the coming days. It would be nice to see North America win a title for once.

It’s an extremely competitive gauntlet ahead for everyone at Raleigh. TSM will have to get through international LAN monsters, G2, if they want a legitimate shot at the title. Whoever comes out on top will have a lot to brag about heading back into the regular season.

Fans can catch the quarterfinals on Friday, Aug 16. The official broadcast can be found here.