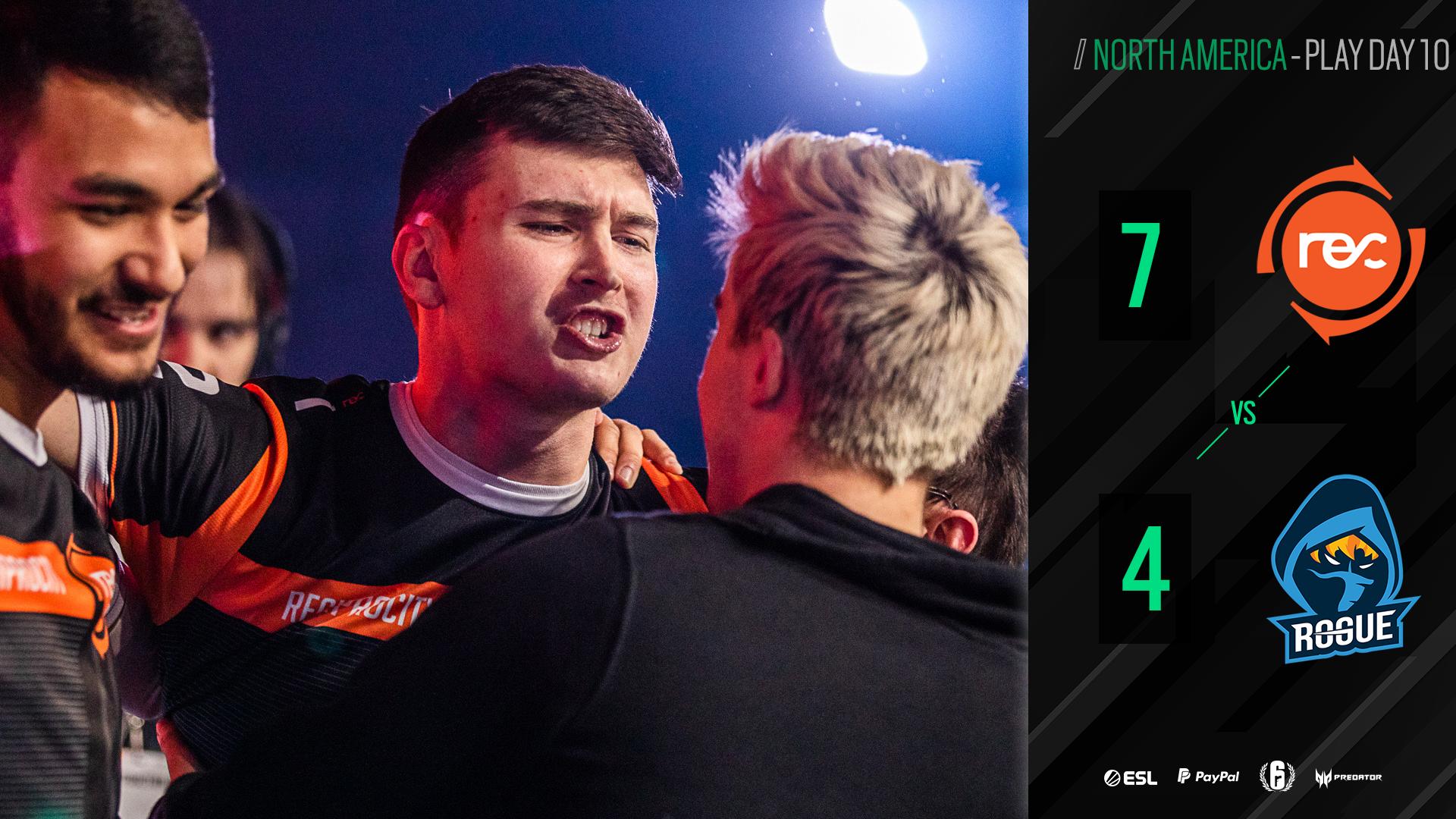 In a do-or-die scenario, Team Reciprocity got the job done in order to stay in the running for the Rainbow Six Siege Pro League Japan Finals.

Both Rec and Rogue have been underperforming in the Pro League, but Rec had the edge in the all-important match.

Tonight’s contest was a must-win scenario for the North American hype squad if they hoped to stay in the running for the Japan Finals, and despite some early fumbles, the squad pulled through 7-4. Missing out on the season nine finals by one match’s worth of points must have stung, but Rec have been dragging their proverbial feet a bit in season 10. This win over Rogue could fuel a late-season comeback for Rec.

Rogue convincingly held Rec at the door on the half of the defensive rounds. Even with two Rec players guarding the defuser carrier, a lone Rogue defender was able to cancel a defuse for a shocking round win. Unfortunately for Rogue, their initial defensive energy didn’t follow on the remainder of their defenses and their switch onto the attack.

Rec took six rounds straight off of Rogue in an uncharacteristically slow couple of rounds. Rec didn’t look as aggressive as usual on defense and instead opted to hold ground as long as humanly possible before falling off for flanks. The time eaten by Rec on defense set them up for easy chokes as Rogue players attempted to flood objectives in the dying seconds of each round.

Both Michael “KiXSTAr” Stockley and John “BLU” Mullens noted that any more losses after this for Rogue could result in the team dropping into a relegation slot. While both Rec and Rogue have been underperforming this season, Rec are in a far better position than Rogue are in the division. A loss here for Rec would have just meant that Japan was out of the question. but for Rogue, this win would put them in a precarious situation with TSM only one win away from overtaking them in the division.

As Japan nears closer with every matchday, teams are making their final pushes to stay in the running to make the Finals. The Rec Pack have saved themselves in this matchday but will still have to get through a soft matchup with Soniqs in matchday 11.