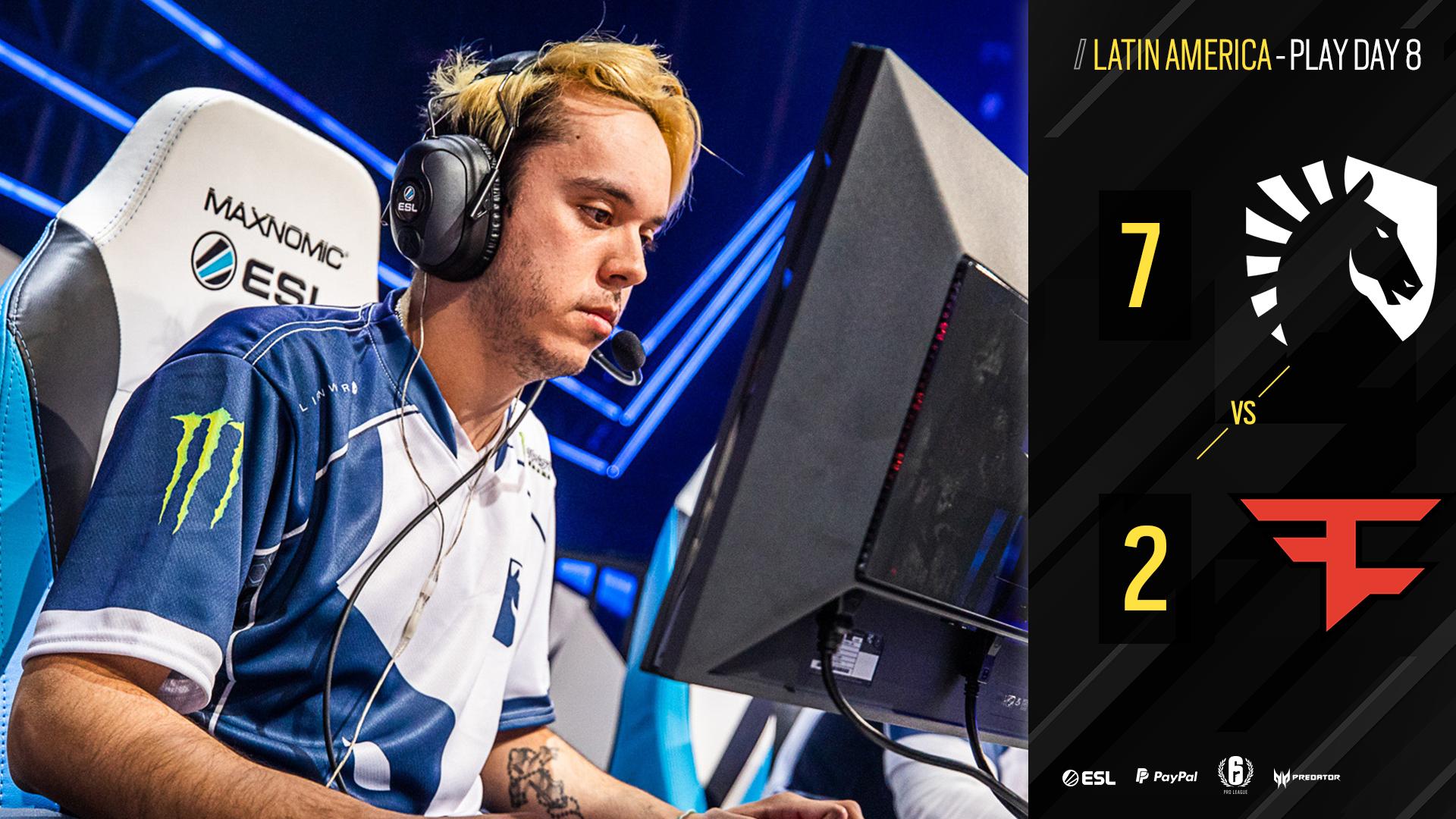 The Latin American division of the Rainbow Six Siege Pro League returned today and with it came a rejuvenated Team Liquid. The LATAM squad once again took down FaZe Clan by a wide margin.

Liquid have been on a bit of an offseason hot streak lately after winning out in the Brasileirão League over FaZe Clan and taking down G2 Esports at the DreamHack Montreal Minor. That momentum has clearly followed the squad back into the regular season of the Pro League with another decisive 7-2 win over FaZe Clan.

Liquid sat in fourth with nine points at the start of their matchup with second-place FaZe. While FaZe retain their second-place spot with 17 points, the loss to Liquid puts them in an interesting position going forward.

Liquid now jump into third place over INTZ Esports with 12 points, unless INTZ prevail against a boom-or-bust Team oNe Esports. The difference here is that while INTZ may be in contention for that second spot, pending a win later today, Liquid are actually more likely to pull out victories going forward. Liquid have been on fire lately and they don’t appear to be slowing down.

It’s normal to see teams succeed outside of the regular season at LANs, much like TSM, but to come back to a best-of-one environment and thrive against a team as strong as FaZe makes Liquid the obvious threat to the division. Even NiP will want to stay on their toes going forward if this is the new norm. Liquid are shaping up to be one of the most flexible teams in the division and maybe even the Pro League.

The return of season 10 of the Pro League has already seen its fair share of upsets with MiBR getting crushed by Black Dragons and now Liquid’s win over FaZe. There’s sure to be many more shocking results in the second half of season 10. Fans can catch the official broadcast here.