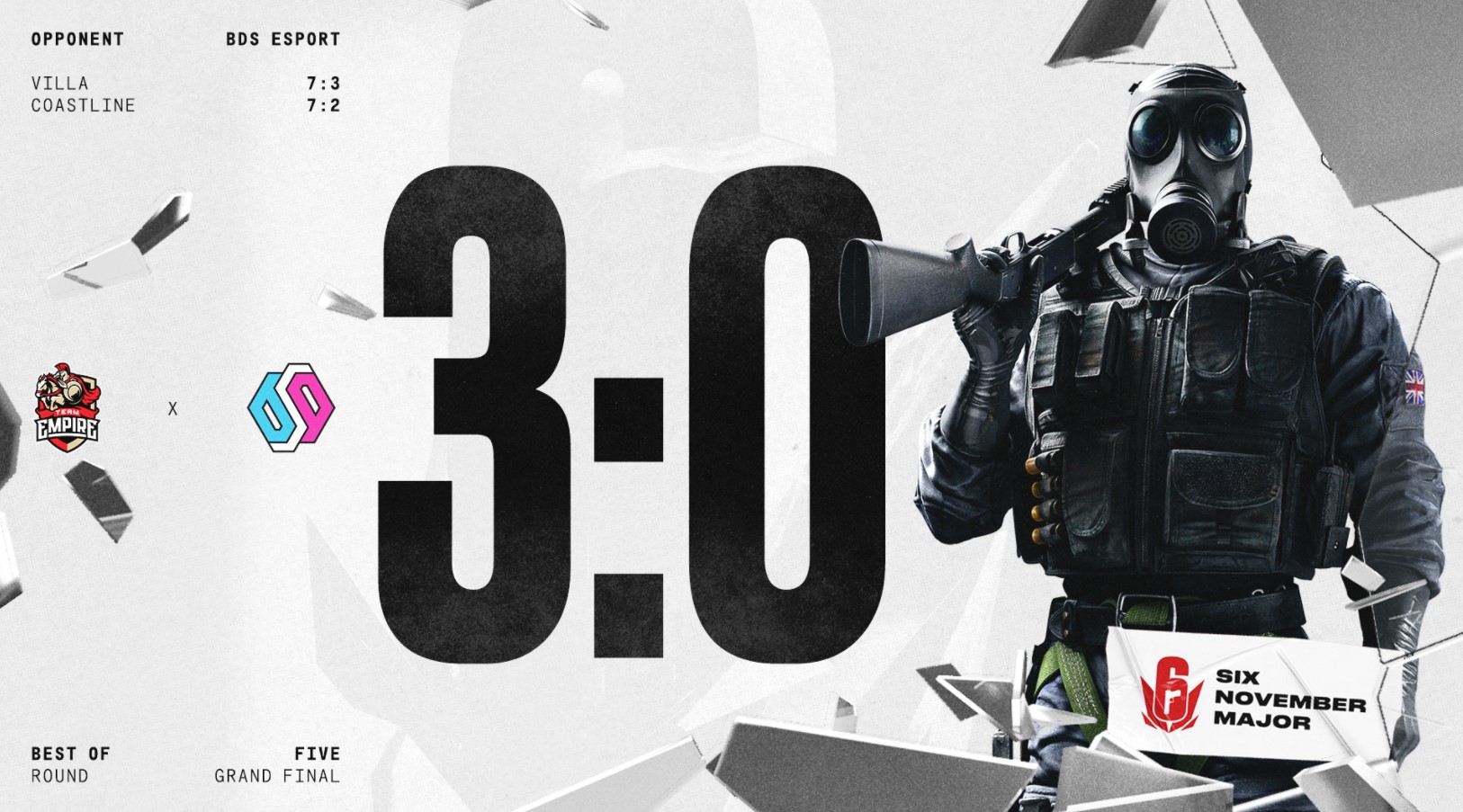 For the first time since 2019 at Six Major Raleigh, Team Empire are on top of the EU Rainbow Six Siege world.

It has been a long time coming for Team Empire, whose other claim to fame is ending the tyrannical reign of the G2 roster at Raleigh.

With the victory, Team Empire have qualified for the Six Invitational in February.