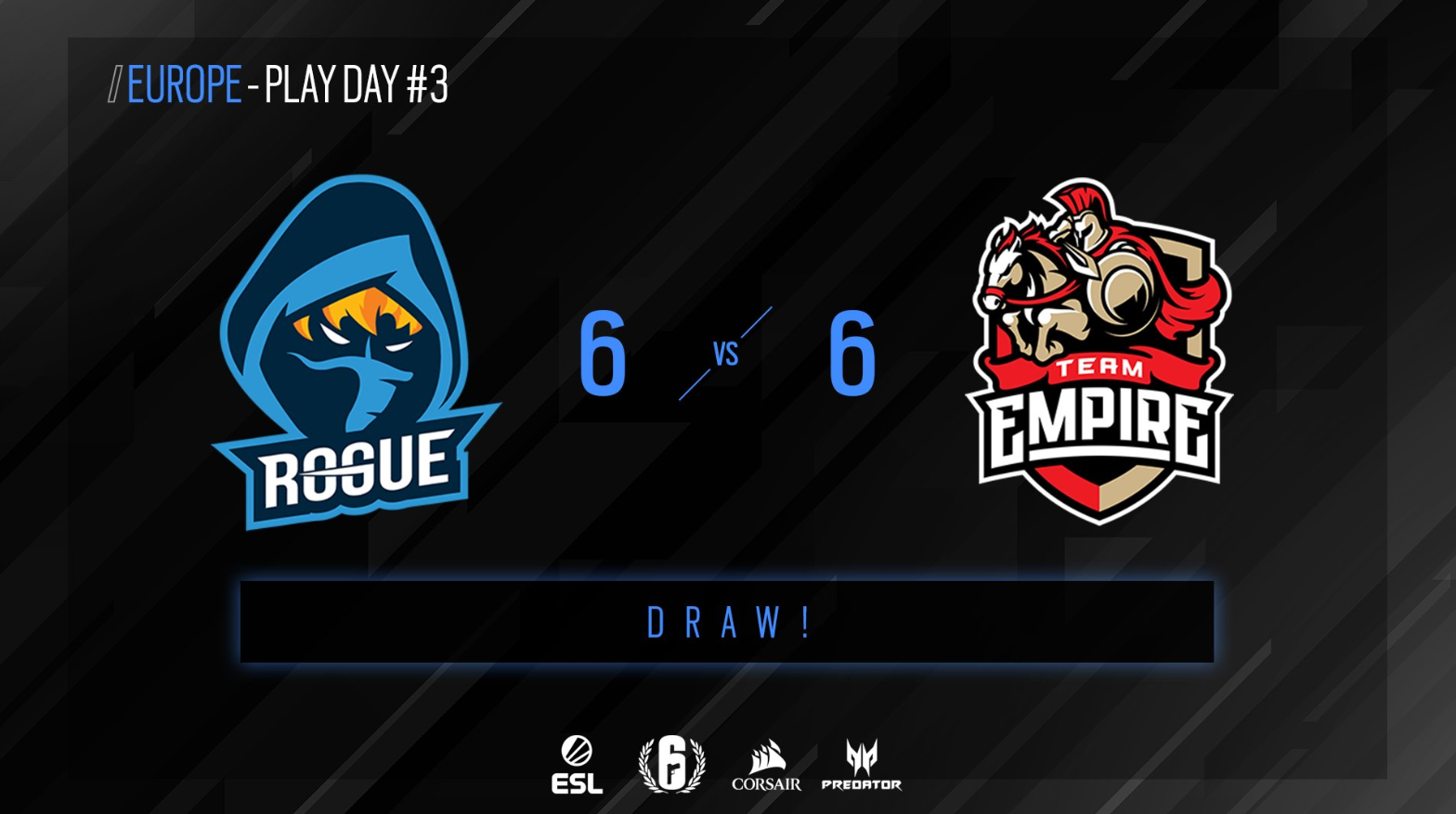 The top two teams in the European division of the Rainbow Six Pro League met today in an even keel matchup that ended in a draw.

Team Empire served as the season nine champions before slowing down in season 10. Rogue stepped up to the plate in Empire’s stead during season 10 to control the division for most of the season until Natus Vincere overtook them in the closing days of the season.

Despite the season 10 slow down, Empire have entered season 11 with two commanding back-to-back wins against BDS Esport and Team Vitality. While both opponents are hot-and-cold teams, the near blowout scorelines contribute to the positive outlook of Empire’s season 11.

Rogue entered the day holding the second slot in the division. After an opening win against Chaos Esports Club and a follow-up draw with season 10 champions Natus Vincere, Rogue look to be in fairly solid shape. Given that Na’Vi are the defending Pro League champions, the draw against Na’Vi is more telling than the win against Chaos.

Today’s matchup saw both Empire and Rogue struggle against each other as they came to blows on Consulate. Past regular-season matchups between these teams gave fans a draw and a rather one-sided Empire win. Given that Empire have seen some role changes, it’s understandable that they ended up narrowly missing out on a win today.

Drawing here is more like a win for Rogue, who will continue to play second to Empire’s narrow lead in the division. Rogue will have to hope for forZe to draw G2 Esports and for Chaos Esports Club to drop their match with Na’Vi to remain in second place. Conversely, Empire remain safe in the top spot for at least another matchday.

The road ahead looks to be filled with twists and turns as many teams try to separate from the pack, while others desperately need to start accumulating points as soon as possible. Rogue are off to a decent start and while this draw definitely helps the team maintain a top-five standing, they’ll need to pick up the pace in softer matchups. Likewise, Empire will need to make some corrections to minimize the number of points left on the table.

Rogue play BDS Esport on the next matchday, while Emire will face fellow Russian team forZe. Both of these matchups should be highly competitive and could drastically affect the standings.

The European division of Rainbow Six Pro League returns Wednesday, Jan. 15 and will also include the reveal of the Six Invitational 2020 invitee. Fans can catch the official stream here.