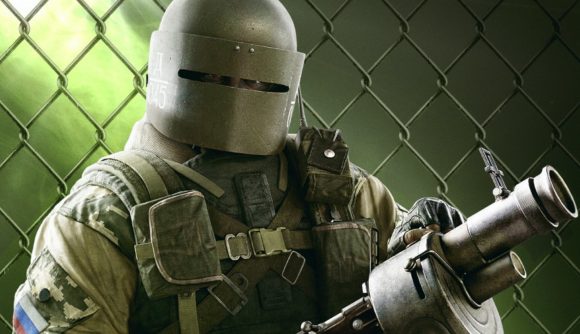 Tachanka’s widely useless gadget and lack of mobility have been scrapped in Patch Y5S3.3.1 for a sleeker version of “The Lord.”

Tachanka will have access to the DP-27 as a primary weapon now, instead of having it as a gadget. His new gadget is the Shumika Launcher, which launches Molotov grenades that burn for five seconds and explode one second after the first bounce.

He won’t have “Withstand,” an ability that allows an operator to pick themselves up from a DBNO state.

Overall, Tachanka seems strong now. It’s too early to say where his place in the meta will be, but his loadout seems daunting. Specifically, his Shumika Launcher can effectively deny plant attempts from many locations. And with a total of 10 grenades, it can deny multiple plant attempts.

Right now, it’s unclear if new Tachanka is actually “The Lord” in an unironic sense or if he’s still a meme.