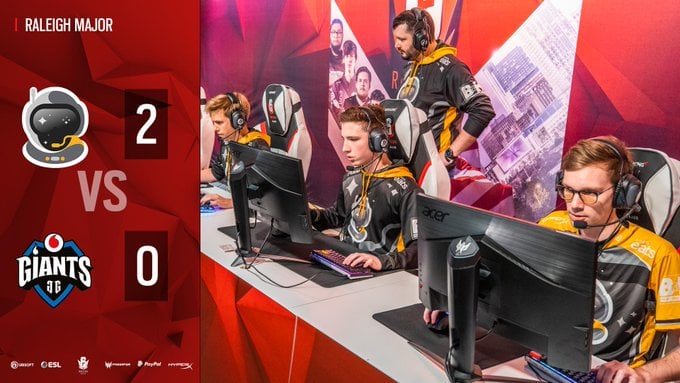 During this season of the Rainbow Six Pro League, Spacestation Gaming has been known for their draws. Today, they left that mindset behind to actually pick up a win over Vodafone Giants.

With SSG’s 2-0 win over Giants, the odds of seeing a North American team in the finals are looking good. Despite SSG’s reputation for drawing during the regular season, they proved dominant against Giants Gaming at LAN. Unfortunately for Giants, this was their first outing under the new moniker.

While Border was a pretty tight contest, SSG still walked away with the map and a three-round advantage. Giants are no slouches and delivered some pretty strong plays throughout, but it just wasn’t enough this time around.

Coastline looked promising for Giants, but SSG was clearly committed to the no-draw mindset. Again, narrowly taking the map by a margin of two rounds, SSG wrapped the best-of-three. While SSG is usually an entertaining team to watch play during the regular season, it’s always a pleasure to see what they’re capable of in a LAN environment given that there can be no draws.

Stats from Siege.gg show SSG outperformed the second-ranked European team in almost every way. From frags to opening kills, SSG had the matchup on lock at every turn.

While the win over Giants is a huge one, there’s still a long road ahead of SSG if they want to take it all. There’s no shortage of talent in this Major and it looks like everybody came to win. If SSG keeps playing for keeps instead of for draws, the odds of seeing a North American team take home a title on home soil will only increase, especially after Evil Geniuses’ win over NiP earlier today.

Matches at this event will continue throughout the week, so the stakes only intensify from here on out. Fans can catch the official broadcast here while the Bravo broadcast can be found here.