SSG upset the balance in the North American division. 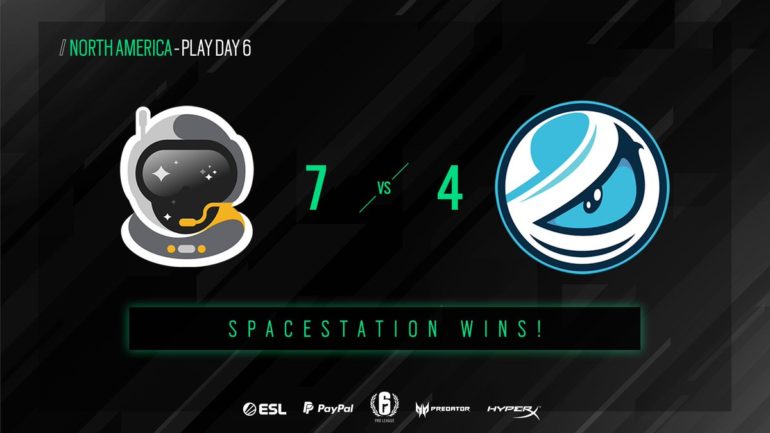 Luminosity needed a win in their meeting with Spacestation Gaming today to prevent DarkZero from taking the top spot in the North American division of the Rainbow Six Pro League. Coastline proved unkind to Luminosity, however.

SSG, who lost two points to Rogue in their last match, desperately needed to increase their pace against Luminosity. The team isn’t in a good enough position to draw any more matches, and the one win they’ve accumulated in the past six matches doesn’t really help them get closer to the finals.

Luckily for SSG, Luminosity had some trouble on the attack and fumbled a few rounds, which allowed SSG take a 4-2 lead at the half. After getting shaken around a bit on the attack, Luminosity was able to find some brief footing on the defensive side of the match, but SSG again extended their lead to 5-3 as the squad’s attacks started picking up speed.

Luminosity tried to mount what would have been an incredible comeback, but SSG proved to be in rare form today. With a win in round 11, SSG picked up their second victory of the season. Overall, Luminosity looked rough and their mistakes allowed SSG to take advantage of their weaknesses.