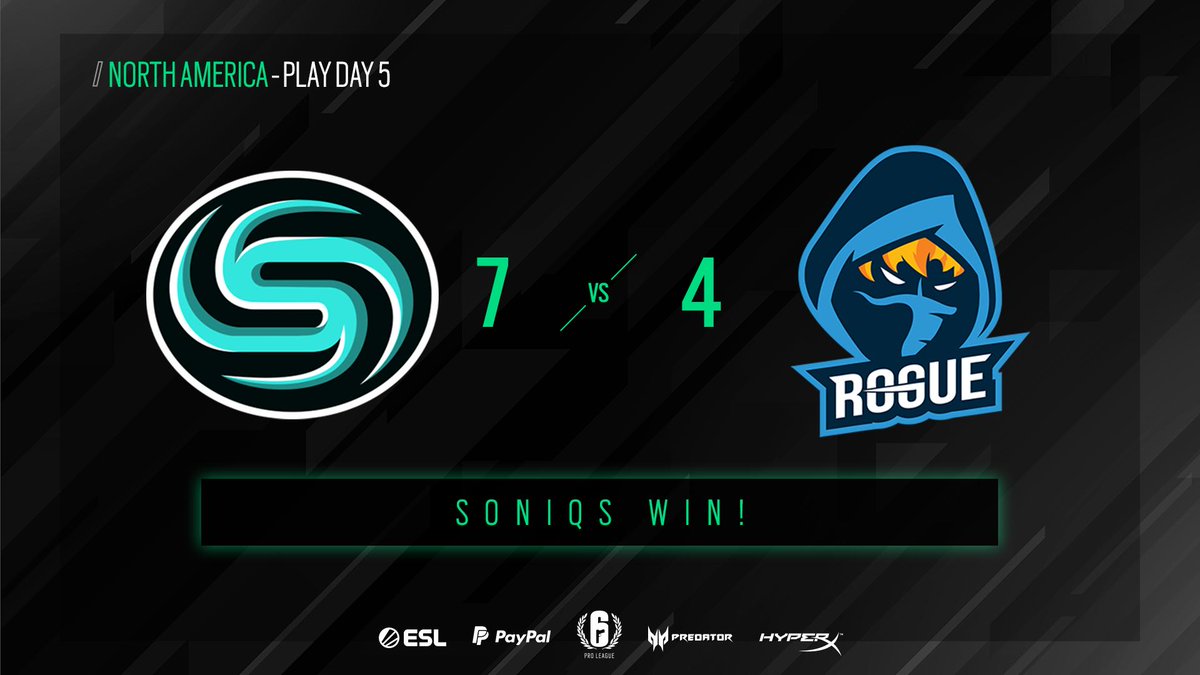 Following Rogue’s triumphant DreamHack run, the team returned to the Rainbow Six Pro League in weak form. While Soniqs didn’t pose an immediate threat in terms of track record, Rogue needed all the points they could grab if they wanted to even dream about the finals.

The first half of the match didn’t go too well for Rogue, though. The team let nearly all of their attacking rounds on Villa go by the wayside. It’s not abnormal to see teams flail on the attack on Villa since the map has had a reputation of being a defender-sided map, but it’s still not a good thing.

The situation Rogue found themselves in at the half mirrored FaZe’s halftime standing in their matchup with Team oNe. Being down 2-4 at the half is not an impossible scoreline to come back from, but Rogue hasn’t instilled much faith aside from their DreamHack Valencia victory.

Rogue seems to be the North American version of Team Secret in the sense that fans know the skill is there, but it doesn’t show up in the regular season and only comes out at Minors and Majors. After a rough four-round losing streak, Rogue found some footing and carried it all the way through round seven for three back-to-back wins.

Despite being interrupted by Soniqs in round eight, Rogue was saved by Aaron “Shuttle” Dugger’s 4K defense. It probably didn’t hurt that nobody seemed to be getting any intel on where Shuttle was lurking as Doc.

Shuttle’s efforts in round nine weren’t enough, however. Instead of another strong Shuttle play, Scott “Neptunez” Webber locked down the site and forced Rogue to attempt a retake. Neptunez grabbed a banger of a 3K against the Rogue roster who seemed to just run into Neptunez’s arms. The attack earned Soniqs match point at 6-4.

Rogue couldn’t stand up to Lauren “Goddess” Williams’ clutch capability in round 11, which signaled the end for the DreamHack Valencia winners. The match wrapped at 7-4 in Soniqs favor, giving the team their first win in their Pro League run.

Teams are always going to have bad days, but Rogue really slipped up in their matchup with Soniqs. What should have been a rather easy win for Rogue just ended up being a humbling experience.

The North American division of the Rainbow Six Pro League picks back up Monday, July 15 for matchday six. Fans can catch the official stream here.