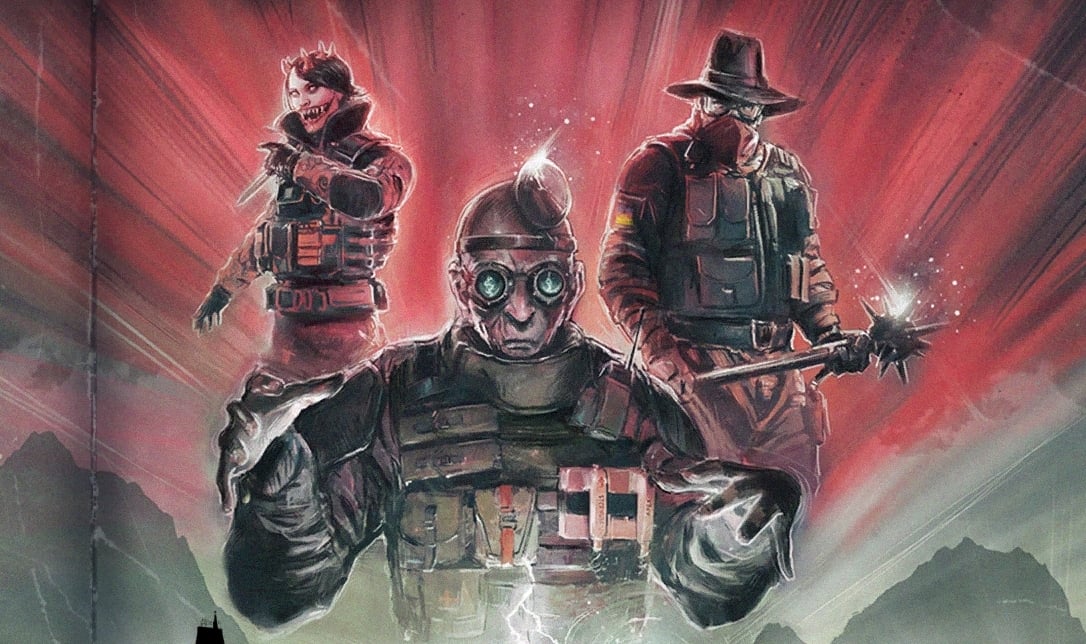 Sledge’s Halloween event skin is noticeably absent from the Doktor’s Curse packs, but Rainbow Six Siege players can still grab the skin through the in-game shop.

Upon first glance, Sledge’s seasonal skin didn’t look like it’d be available for purchase. A heavy emphasis was placed on the Halloween skins and headgear available in the Doktor’s Curse packs, but Sledge’s skin was absent from the lineup. This led some players to believe that Sledge’s Halloween skin was unattainable outside of the seasonal game mode.

If players navigate to the in-game shop, they’ll see two Halloween bundles at the top of the shop. One of these bundles is the aforementioned Sledge skin, titled Sledge Bounty, and the other is the Flayed Pain bundle.

The Sledge Bounty bundle includes the Shadow Stalker headgear, the Darkness Fold uniform, the Noble Hunt L85A2 skin, and the Heirloom Stake universal weapon charm. The bundle is available for purchase with either 60,000 Renown—which is pretty expensive—or 1,440 R6 Credits.

If players choose to nab the Flayed Pain bundle, they’ll have access to the Surgical Stitch universal weapon skin and the universal Abnormality weapon charm. This bundle can be purchased with 40,000 Renown or 960 R6 Credits. Both items are a bit underwhelming for the price, but if you’re into spooky things, then they should have some appeal.

Deciding not to include the Sledge Bounty bundle in the event packs is a bit off-brand for Ubisoft. It doesn’t really seem to fit in with the company’s traditional approach to have this bundle exist outside of the event packs, but it works in favor of the players.

Event packs are typically expensive, and while there are no duplicates, there’s also no guarantee of getting your desired items unless you’re willing to pay for all the packs. Being able to outright buy the Sledge Bounty bundle is both refreshing and confusing since most seasonal event skins are locked behind the event packs.

The Doktor’s Curse event is live now and will run for the next two weeks. If you’re into spooky shenanigans, then this is the Siege event for you.