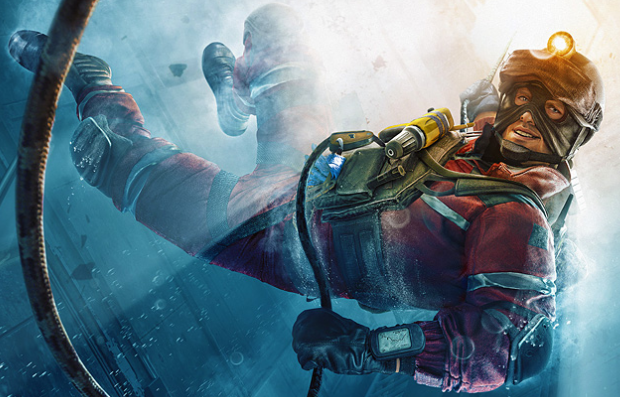 This may seem like a mostly innocuous change to the untrained eye. What’s the big deal about increased recoil for Jager’s gun and less damage on Jackal’s? These are professional players, surely they can control recoil and hit heads.

Like most things in Rainbow Six, however, the devil lies in the details. It’s not exactly hidden, but there’s a subtle change that will throw the SI hard breacher meta on its head. Ace is losing his secondary smoke grenades and Thermite is gaining them.

The effect is twofold. The first change deals with Ace specifically. His ranged hard breaching gadget, the S.E.L.M.A., can be easily “tricked” away (destroyed, for those uninitiated into deep R6 lingo) by an impact grenade thrown through the initial breach. There will still be a massive hole in the wall, it’ll just be twice as small.

There’s a way to disguise exactly where the S.E.L.M.A. is on the wall, however, making impact “tricking” much more difficult. Smoke grenades propagate through all walls. Smoke grenades thrown at one side will also obscure vision on the other, even if the wall can’t be shot or seen through. The smoke grenade ensures that the full S.E.L.M.A. goes off, which will create a “vault” hole as opposed to just a line of sight.

In short, Ace with smoke grenades can make reinforced or “hard” walls consistently accessible to attackers. They can’t just look to what’s on the other side, they can “vault” in.

On certain bombsites on particular maps, this strategy is massive. It’s particularly useful on Chalet and Villa. Removing his smoke grenades makes the counterplay to his gadget far more effective. It’s easy to blow up what you can clearly see.

The second effect this will have is on the hard breaching meta overall. Most professional teams are adept at opening up reinforced walls—the type of hard breaching tool used doesn’t matter all too much. What matters are the gadgets used to secure plants and block enemy lines of sight: smoke grenades.

With Ace, who quickly became the premier hard breacher during 2020, losing smoke grenades and Thermite gaining them, the hard support/hard breacher role might shift overwhelmingly to Thermite. Again, this is completely due to their smoke grenades. Thermite now has the capability to open key walls and disrupt the other team’s line of sight by himself. If a team brings Ace, they’ll need to have another operator with smoke grenades for the defuser plant effort—one with a much higher chance of dying early in the round.

Because Thermite and Ace’s gadgets differ so much, plus the necessity of having smoke grenades in the lineup, we’re also going to see different “takes,” or avenues of attack, out of these teams. Thermite gets hatches open much quicker than Ace, but Ace can open more walls as opposed to Thermite.

There are surely other ways this move will force subtle changes out of teams heading into SI. Ace’s AK-12 is significantly stronger than Thermite’s serviceable-but-average 556XI rifle. The AK-12 is one of the best guns in the game and taking it out of the hands of some more prolific support players might cause a dip in stats, or at least in the number of fights they can take.

There are other changes too, such as extreme buffs to Tachanka’s Shumika Launcher and nerfs to Jackal and Jager’s aforementioned weapons. But none of the alterations are as significant as this seemingly tiny change.

R6 is a game of inches, similar to American football. With large maps, lots of flanking routes, and a one-shot-headshot-kills-with-any-gun gameplay loop, margins for error are preposterously slim. Indeed, it’s often the team that makes the least errors that wins. The differences in meta shifts are found in those inches, and in this case, removing Ace’s smoke grenades and giving them to Thermite is an inch that will move the meta a mile.