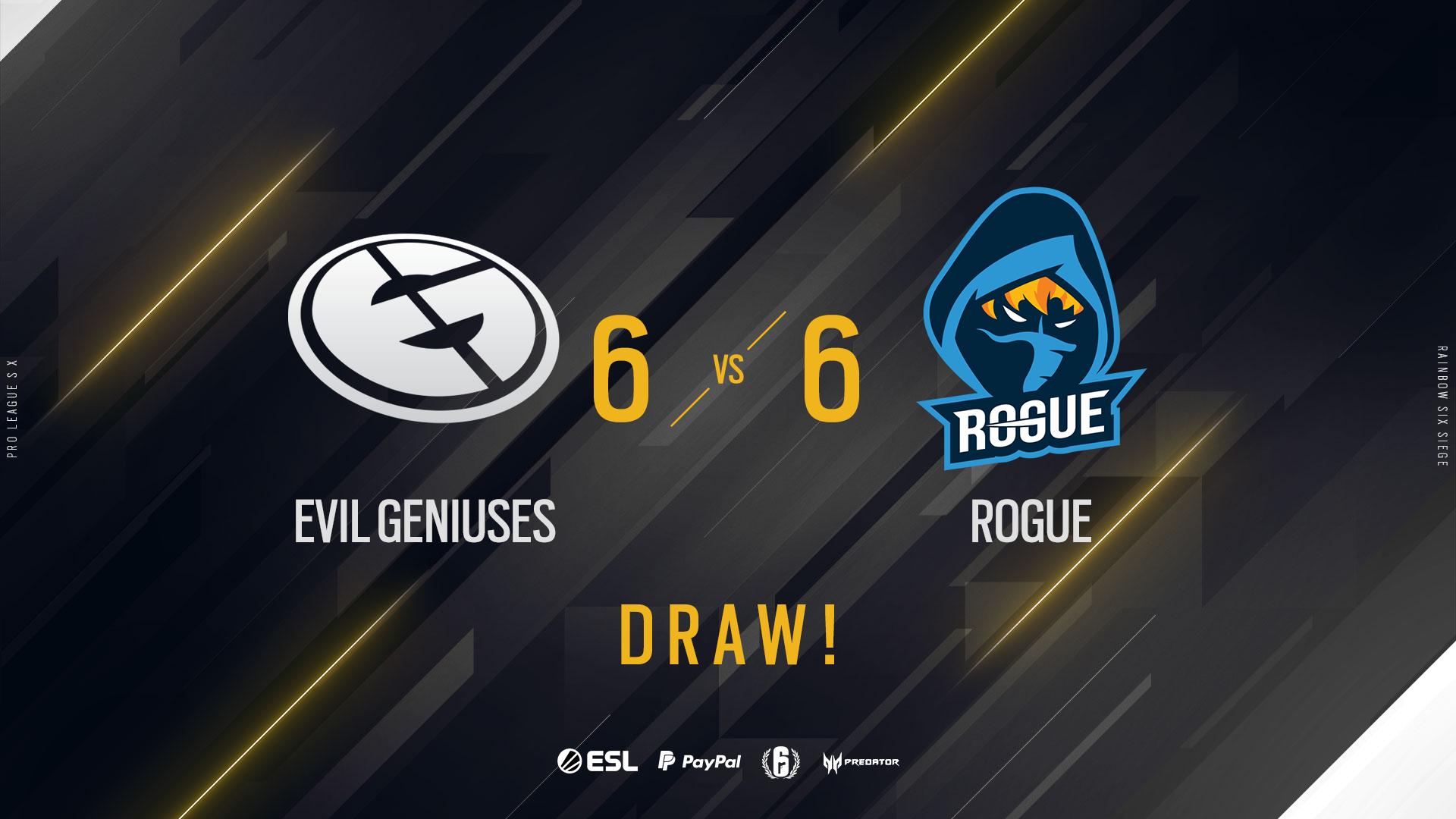 Rogue found themselves in dire need of some points entering matchday 11 of the North American division of the Rainbow Six Pro League, and luckily, they grabbed at least one.

After TSM’s 7-2 win over Spacestation Gaming, Rogue were left in a tight spot. Sitting at an uncomfortable sixth place, Rogue were tied up with TSM. And although Rogue have the tiebreaker since they defeated TSM this season, they needed to walk away with at least one point in their matchup with Evil Geniuses.

Even though Nathan “nvK” Valenti threw down some massive plays against Rogue, EG just couldn’t string the last two rounds together. Austin “Yung” Trexler also had an impressive last half-second clutch on a Lockers attack. Having seen both of nvK’s amazing 4k and Yung’s miraculous Lockers clutch, it was surprising for fans to see the draw.

Draws are tough this late in the season. Evil Geniuses could have used the win here to keep them closer to DarkZero, who are currently sitting up top with a whopping 25 points. Conversely, Rogue are still in a tight spot that will turn into a dire situation if TSM draw or win in their matchup with DarkZero. TSM is starving for points and will be on the hunt for those two extra points that will give them the edge over Rogue.

While a point is nowhere near enough to keep Rogue safe longterm, it does help in the event TSM fail to draw or win out over DarkZero Esports tonight. Taking down DarkZero will be a hard ask of TSM, even with Aaron “Gotcha” Chung replacing former DarkZero alum Sam Jarvis.

The North American division of the Rainbow Six Siege Pro League is currently cracking on with matches. Fans can catch the official broadcast here.