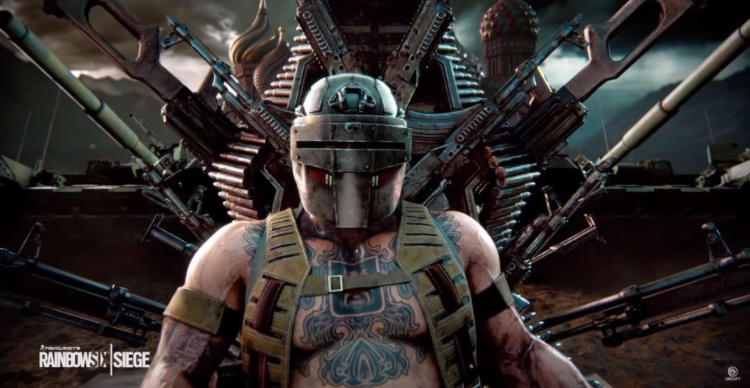 Jager and Jackal will receive some fairly severe nerfs to their guns in Y6S1.3, which will be available for download on all platforms today.

Ace has been tweaked in the latest Rainbow Six Siege patch. The game’s strongest hard breacher will lose his smoke grenades, gain a claymore, and his S.E.L.M.A. Aqua Breacher gadget will now destroy Mira’s Black Mirrors. Thermite will get Ace’s missing smoke grenades.

Jackal is receiving nerfs as well—but not to his absurdly strong gadget. The C7E’s damage has been reduced to 42 (from 46) and the magazine capacity has slipped to 25+1.

Jager’s nerf also attacks his rifle, the 416-C. The vertical recoil on it has been increased and the magazine size has been reduced to 25+1.

Tachanka, on the other hand, is getting some serious buffs. The Shumika Launcher will have a larger magazine capacity (5-7) and the duration of the launcher’s fire grenades will be increased (five to seven seconds).

“Tactical Realism” has been eliminated from custom games, but there will be elements of the HUD that players can toggle on and off in the Options menu to emulate the mode.

Players who have been plagued by the “Match Cancellation” function can rejoice—it’s been reworked. The option is now only available during the preparation phase of the first round and refraining from voting is now counted as a “no”. Ties still go toward the “yes” votes, however. This could help stop the abuse of the function.

As a final move, DMRs are getting their sights balanced. All attacker DMRs will lose their 1.0x sights but will gain access to the rest of the sights. 1.5x, 2.0x, 2.5x, 3.0x, take your pick. They’re all available on every attacker’s DMR. Aruni’s DMR will retain access to the 1.0x sights, though.

You can find the full patch notes on Ubisoft’s website.