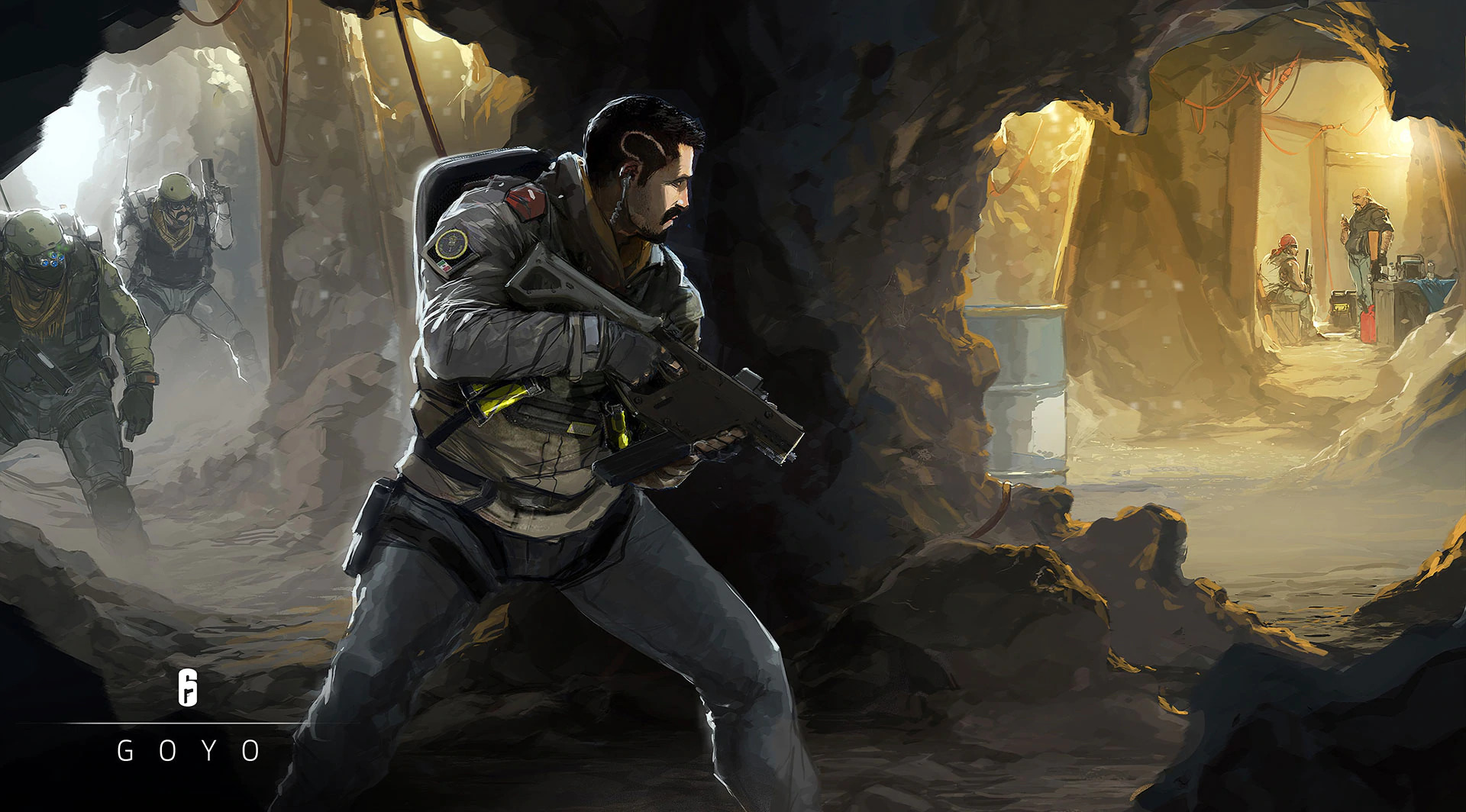 Goyo is receiving a significant update in Rainbow Six Siege Year Seven season one. The Operator’s Volcán Shield will be replaced with the Volcán Canister to balance his ability.

Goyo is a strong operator capable of holding an area with his Volcán Shield, which allowed players to activate an intense explosion and fiery blaze when they shot the explosive canister on the back of the shield. This ability was tough to counter for attackers, who needed to get behind the shield to destroy the canister. But the upcoming season is significantly changing Goyo’s gadget, removing the shield completely.

The Volcán Shield will be replaced with the Volcán Canister, which can be placed on walls or floors. The gadget still explodes and covers an area with fire when shot, but the shield is removed, and the explosion does slightly less damage. The fire does last longer, however, meaning enemies will be held back for a longer period.

The Volcán Canisters are slightly shielded, meaning players will need to shoot them from a specific angle to destroy them. But the changes should make it easier for attackers to deal with the device without nerfing Goyo into the ground.

Season one is also introducing exciting updates like Azami, the new defender with a Kiba Barrier that creates bulletproof cover. The first new map in three years, Emerald Plain, is also coming later in the season.