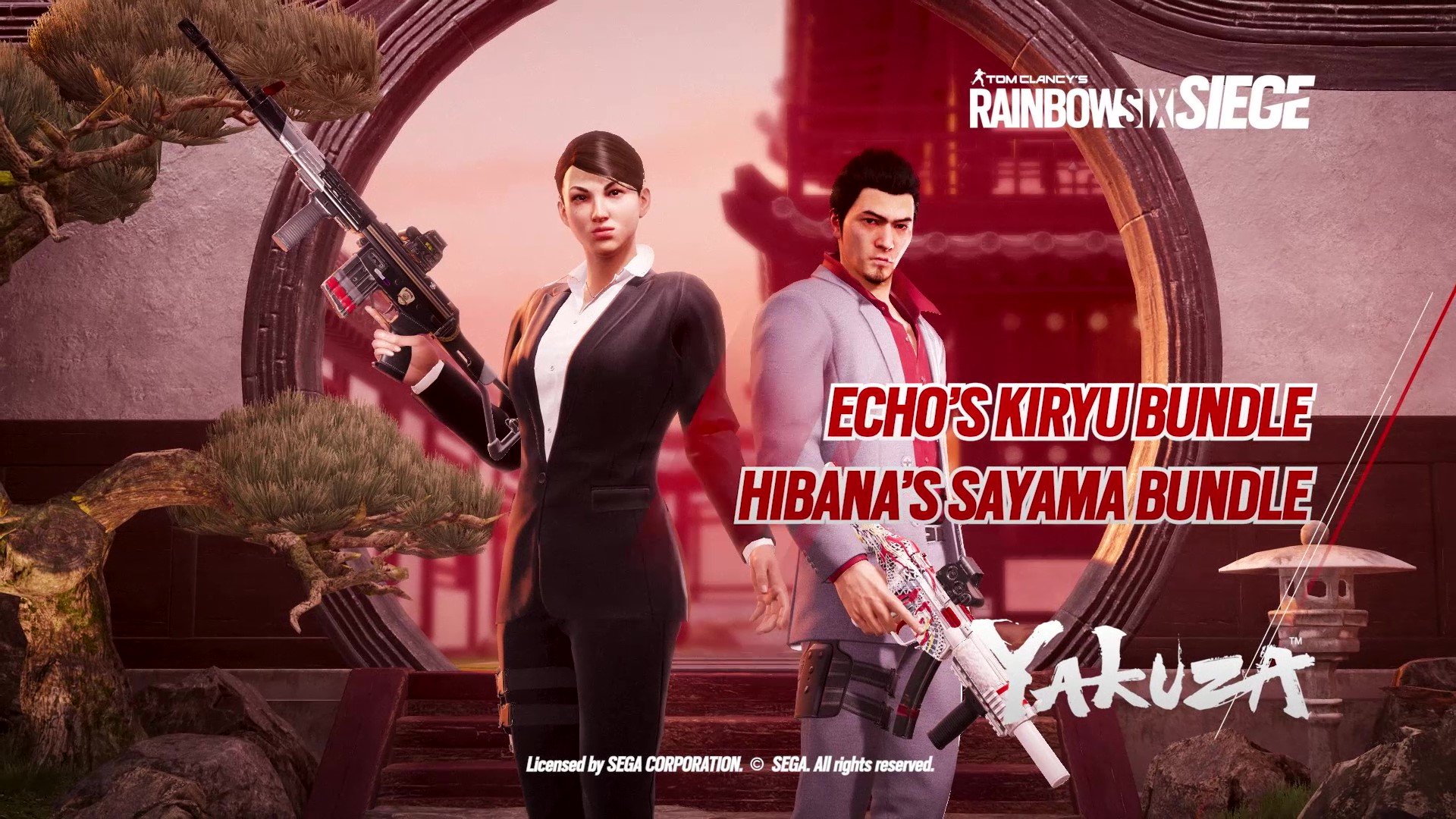 The Yakuza series is a successful and beloved franchise with entertaining characters, thrilling stories, and minigames that add an extra layer of fun. Yakuza fans can now enjoy costumes based on iconic characters from the series with two exclusive skin bundles in Siege.

Echo players can also expect a new Elite Yakuza skin, although Ubisoft has not officially revealed which character the skin will be based on. However, Goro Majima’s laugh can be heard at the end of the skin reveal trailer, likely indicating that he will be the final Yakuza character coming to Siege.

Siege players have experienced exciting crossovers in the past, like the special Money Heist bundle and game mode or the more recent Tomb Raider skin in Operation Void Edge. These special skins don’t grant any special bonuses, but they’re a fun way to dress your favorite operators as a character from another franchise.

Operation Vector Glare is also introducing updates like the new operator Sens, the new Team Deathmatch map Close Quarter, and Phase One of the Reputation System. The new season doesn’t release until June 7, but you can enjoy the new Yakuza skins a little earlier.

The new skin bundles will be available on May 24.