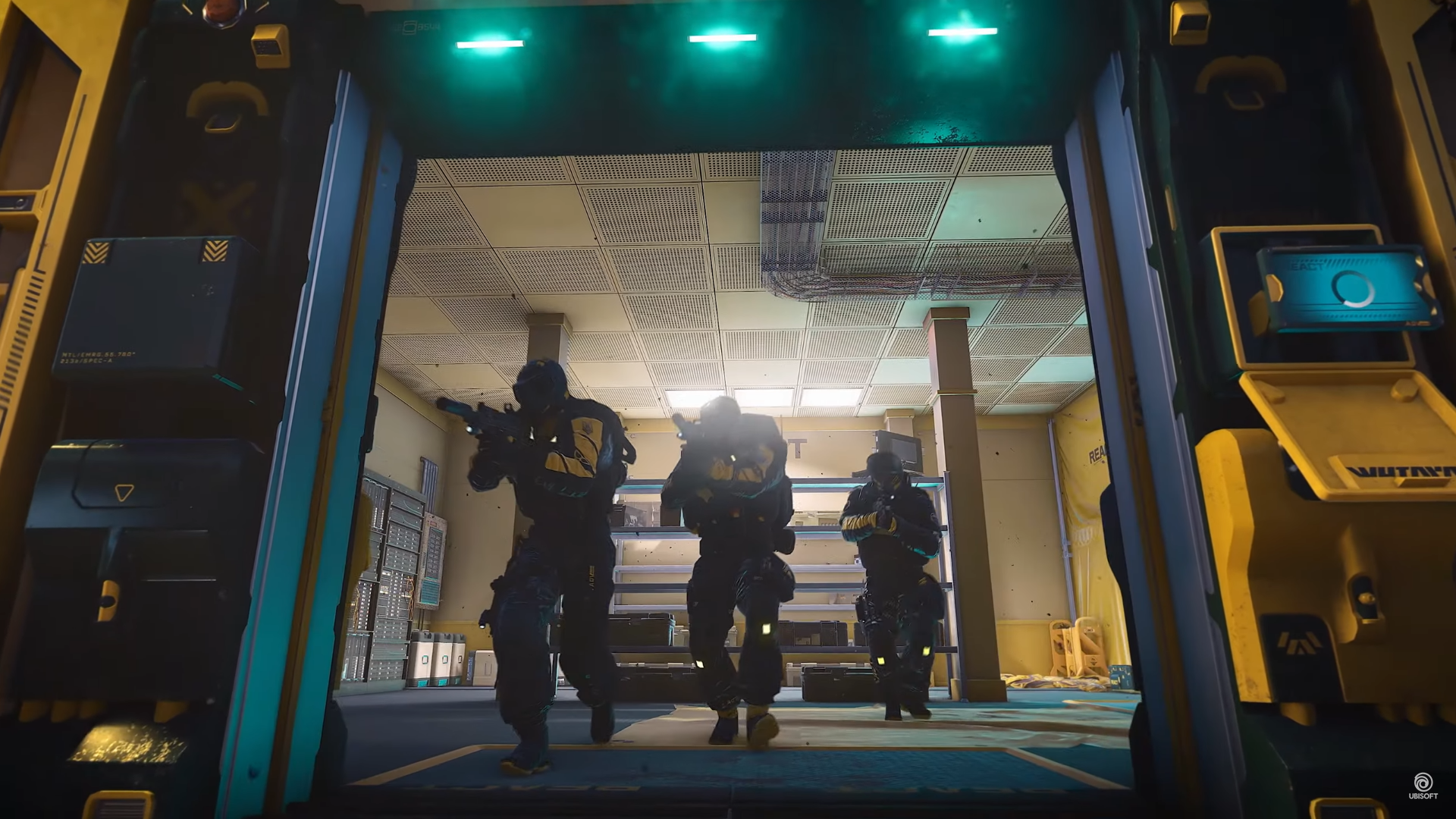 Rainbow Six Extraction‘s new overview trailer gave fans another taste of what to expect—including the 18 operators from Rainbow Six Siege, their gadgets, and a taste of the character progression system.

Players can take control of 18 characters from Siege and take the fight to the Proteans. Alibi, Smoke, Pulse, Nomad, Lion, Jäger, Vigil, Sledge, Capitão, IQ, Gridlock, Hibana, Tachanka, Rook, Fuze, Finka, Ela, and Doc will all be a part of Extraction but may see a few changes to their kits to accommodate for the game’s playstyle.

Tachanka, for instance, will ditch his Siege rework in Extraction and go back to his roots with a mounted LMG that will mow down Archaeans, while Capitão will continue to use his trusty crossbow to throw grenades.

Extraction is also bringing new gadgets to suit its gameplay. The Field Wall will block enemy projectiles, for instance, while the Glue Grenade can slow down enemies and buy precious time to escape. The React Laser can also take out the Sprawl, a fungi-like substance on the ground that reduces players’ movement speed.

The trailer also showed the title’s progression system, which lets players improve their operators’ “gear, weaponry, and abilities” to improve their effectiveness and bring them in line with Extraction‘s gameplay. Vigil, for instance, can cloak his entire team, while Sledge may use his signature hammer to stun even the bulkiest of Archaeans.

The trailer also showed off Proteans, which already appear on Siege‘s Containment event. They are parasites that mimick operators but come with deadly twists of their own. And, judging by the trailer, the Protean Sledge is capable of hitting the ground and creating a deadly shockwave.

Rainbow Six Extraction is scheduled to release in January 2022.