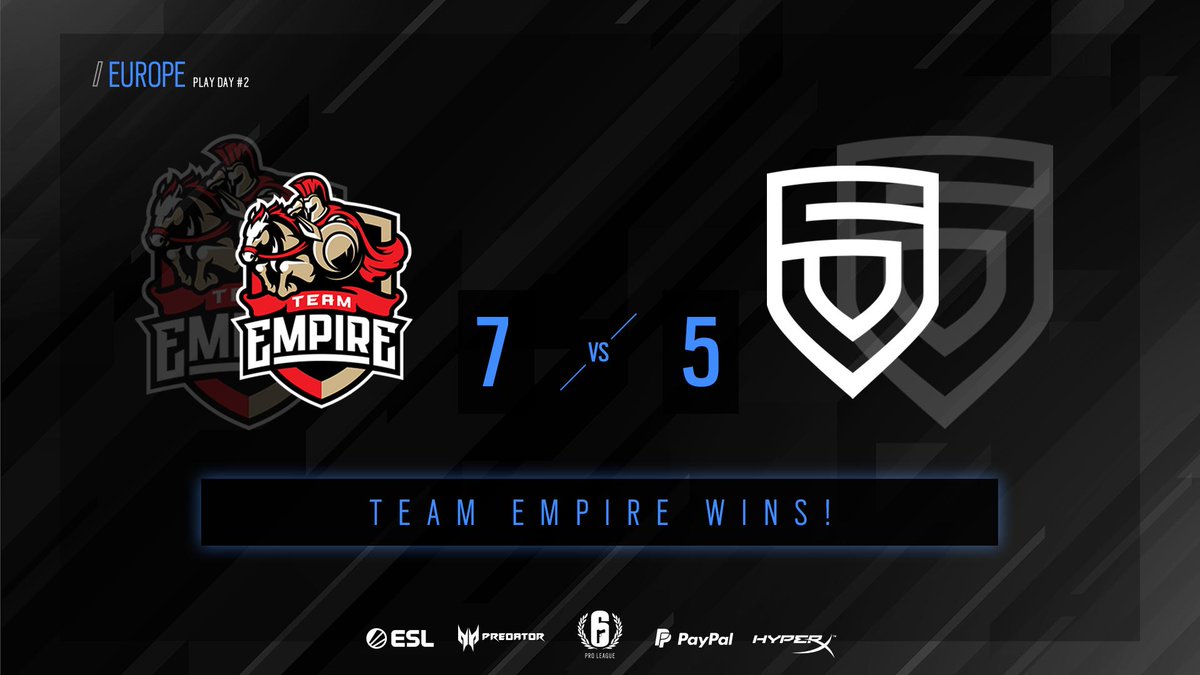 After CHAOS grabbed a surprising victory over G2 Esports, fans were left to wonder if PENTA could also upset the balance against the reigning Pro League champs, Team Empire. The European match of the day proved to be as spicy as it gets in the Rainbow Six Pro League.

Bank is a hit-or-miss map for a fair amount of teams in the Pro League, and PENTA unsurprisingly struggled a bit while defending against Empire. PENTA are a highly-respected team, but their performance has been a bit lackluster as of late. Going out early in the Vegas Minor and losing matchday one to the new Natus Vincere roster doesn’t inspire much in the way of confidence—especially when facing the Russian giant that is Team Empire.

Luckily for PENTA, Empire’s Danil “JoyStiCK” Gabov couldn’t do all of the work and Empire suffered as a whole in the early rounds. PENTA really settled into countering Empire’s strategies. Instead of a hardline strategy, PENTA opted for a more fluid defense that allowed them to rotate and shift defenses to deal with Empire.

Empire finally woke up just before the half to bring it back to 3-3. JoyStiCK went on an absolute rampage while attacking Basement from Garage as Jackal. Without JoyStiCK despatching a large portion of PENTA from unexpected angles, the round could have easily gone another way.

PENTA allowed Empire to gain momentum and the Russian giants continued on a streak through round eight to lead 5-3. After an underwhelming Echo clutch in round eight to deny PENTA’s defuser plant, Empire seemed poised to take the match.

PENTA continued to pull out all the stops to come back but still allowed Empire to get to match point at 6-4. The only hope for PENTA was a tie and they did their best to get that single point. There’s no good time to leave points on the table in the Pro League. Many teams were haunted by ties and one-round lockouts in season nine. Taking points away from Empire would have also allowed PENTA some bragging rights in season 10.

At the end of the day, it wasn’t meant to be for PENTA. They fell 7-5 against the Russian giants. PENTA put out a great effort in a tough matchday two with Empire. PENTA’s fatal mistake wasn’t in their gameplay, but they let Echo through the ban phase. Echo cost PENTA two rounds due to defuser plant denials from Empire. This was a match of small variables adding up to greatly hinder an otherwise strong performance from PENTA.

PENTA should have a better matchup against mousesports next Monday, June 24 when the EU division returns for matchday three. Fans can catch the official broadcast here.