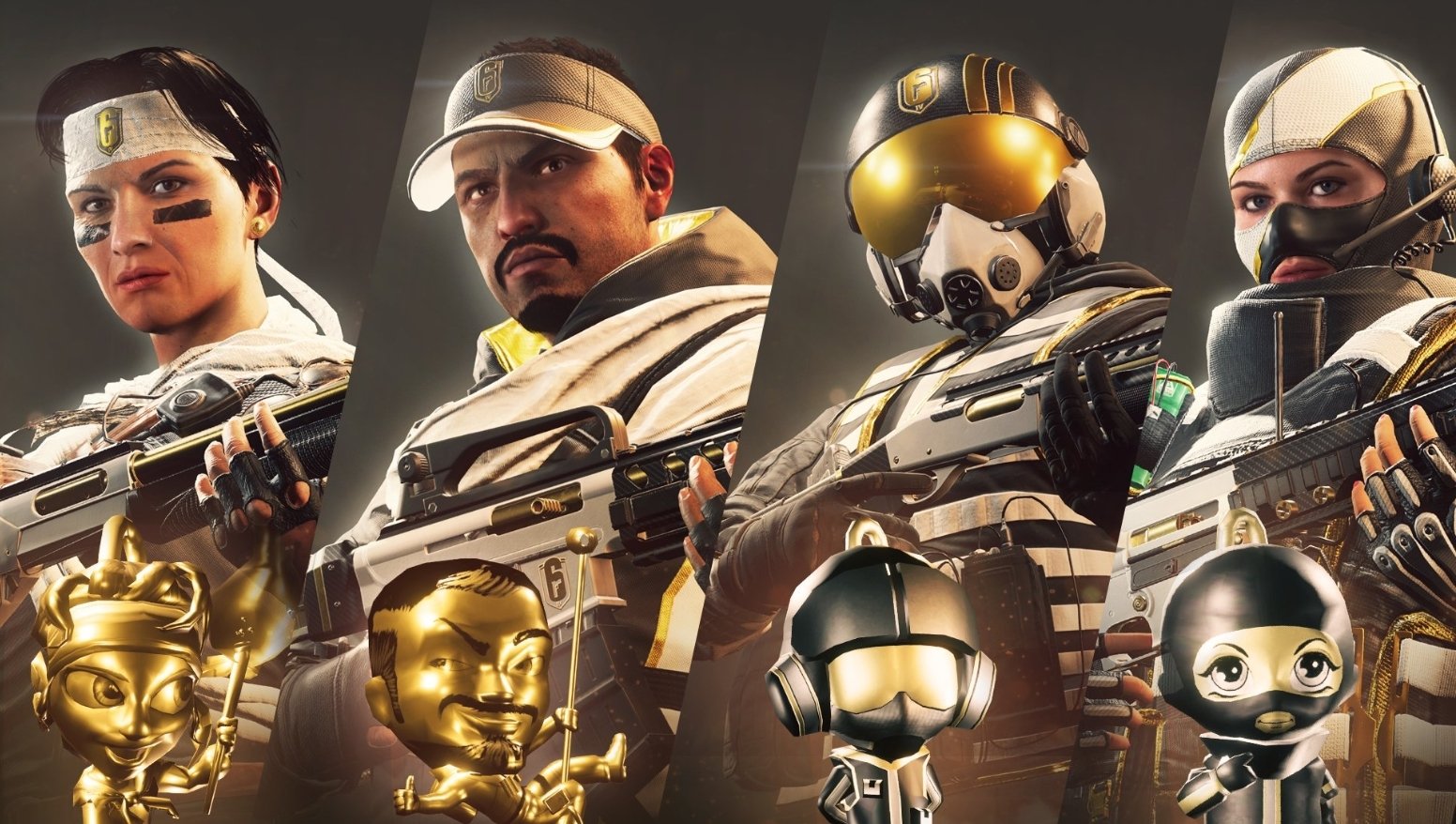 Another season, another round of Pro League sets, and it looks like some fans will be extremely happy with this newest batch. Some are feeling a little burnt, though.

Since about 2016, fans have been wondering if the old Jӓger Pro League set would ever be up for sale again. Ubisoft had previously answered fans’ demands for the set to be available again with a firm no. While Ubisoft has stood its ground on re-releasing the old Pro League set, the developer did just drop an update to Jӓger’s Pro League set that should please many fans who have been lying in wait for the past several years.

While Jӓger’s set steals the show, Twitch has also gotten a revisit alongside the newer Operation Ember Rise operators. Goyo and Amaru were always going to have their own set this season. It’s tradition for the developers to give the two newest operators Pro League sets of their own when they enter competitive play.

The one misstep fans have pointed out is that Ubisoft has given some off-meta guns the Pro League weapon skins. Jӓger received a skin for his M870 shotgun, while Twitch received one for her HK417 rifle. Both guns are generally unused at higher levels of play, so it seems odd to give semi-useless weapons Pro League skins.

One fan argued Jӓger and Twitch had already received Pro League weapon skins on the other weapons. But if that’s the case, why revisit these operators at all? There’s really no good answer at this point and it seems Ubisoft is unlikely to address these concerns.

Goyo and Amaru received weapon skins for their respective shotguns as well as some fancy new black, white, and gold gear in keeping with Pro League set tradition. The only thing that really sticks out about Goyo is that the developers gave him a visor hat, which he doesn’t normally wear.

Each set features an operator skin, weapon skin, and chibi. All Pro League sets will be available from now until the end of the season.