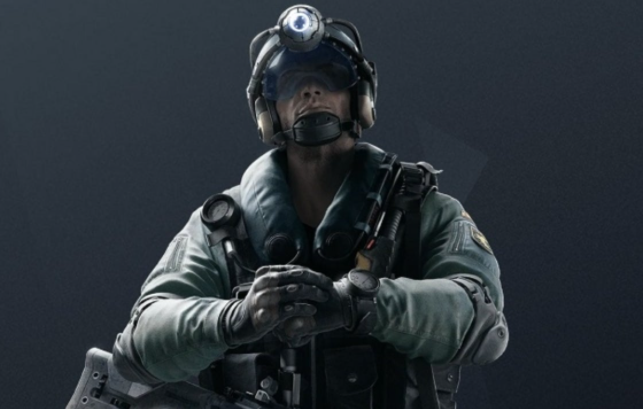 Jackal is finally getting an Elite skin in Rainbow Six Siege. Provided he’s unbanned in your ranked matches, you can purchase and equip it today.

The skin is called “Rastreador” and it features Jackal in a casual hoodie with just a set of Eyenox googles as opposed to a massive helmet and mask.

The set also includes weapon skins for the C7E, PDW9, ITA 12L, USP40, and ITA12S, as well as an Elite Jackal Chibi charm.

Jackal is banned constantly in Rainbow Six Siege games—and for good reason. His gadget is incredibly powerful. It’s called the “Eyenox,” and when it’s activated, your HUD turns blue and you can view enemy footsteps if it’s been less than a certain amount of time from when the enemy took a step in that area.

Jackal uses his visor to “track” enemy operators with the Eyenox visor and reveals their location to his team and himself with a ping. Essentially, roaming is incredibly difficult when Jackal is an option.

The issue of his gadget’s strength is compounded by his access to smoke grenades as a secondary gadget and the C7E/PDW9 primary weapon choice. Smoke grenades are essential for site executes and both of Jackal’s primary weapons do absurd amounts of damage for how high their fire rate is.

You can make him look cool in the meantime, but you might have to wait to check out your purchase until the nerf to his C7E comes through. It’s losing five bullets from its magazine capacity to alter Jackal’s ability to spray down opponents with his excellent gun. But there are no changes to Jackal’s gadget, his true strength, with the incoming nerf.