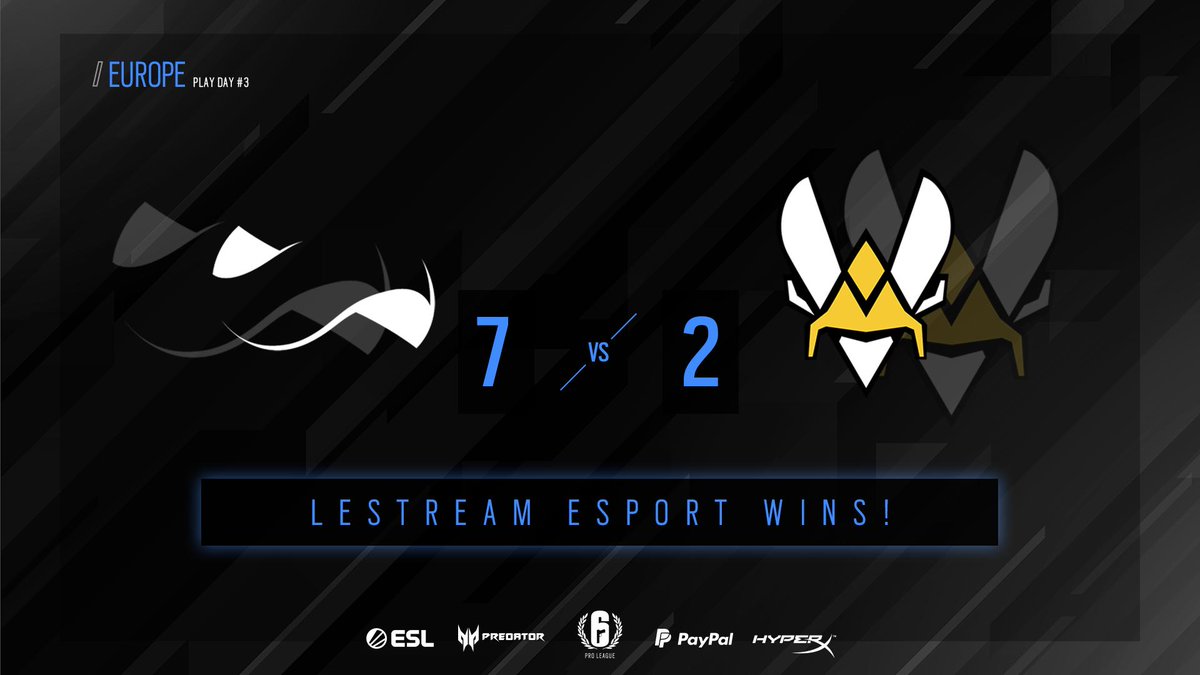 As season 10 of the Rainbow Six Pro League continues into matchday three, the stakes are steadily growing larger. CHAOS left points on the table in their matchup against Team Empire, but LeStream didn’t suffer the same fate when they played Vitality.

The matchup started off strange with an unannounced roster move for Vitality. David “sNKy” Khalfa was seemingly swapped out for Nathan “Alive” Donday. Broadcaster Parker “Interro” Mackay said that Alive has recently been seen on the Supremacy lineup, which is the organization that the current Vitality roster originates from.

The roster move didn’t exactly help Vitality in the first half against LeStream, however. Three rounds went the way of LeStream in quick succession. Vitality failed to live up to their namesake and appeared dead-on-arrival on defense. Maurice “AceeZ” Erkelenz shredded through Vitality’s roster in round three while prone on the ground—punishing Vitality’s aggression with ease.

It took Vitality five rounds to pick up a win, and even then, the team couldn’t get any momentum going. LeStream were set up well at the half with a 5-1 advantage and they didn’t lay down for Vitality in round seven. Despite an overwhelming push by Vitality onto Blue Bar site, LeStream’s AceeZ still managed to destroy half of his opponents with an SMG-11 to push matchpoint at 6-1.

Even with Théophile “Hicks” Dupont disconnecting several times during the match, LeStream pulled out a 7-2 win over Vitality. The French squad held the gate against Vitality while grabbing what appeared to be easy points. If LeStream manage to keep up the momentum, fans may be seeing the squad in the season 10 finals. Empire and LeStream sit at the top of the standings with three match wins.