Welp, that settles that then? 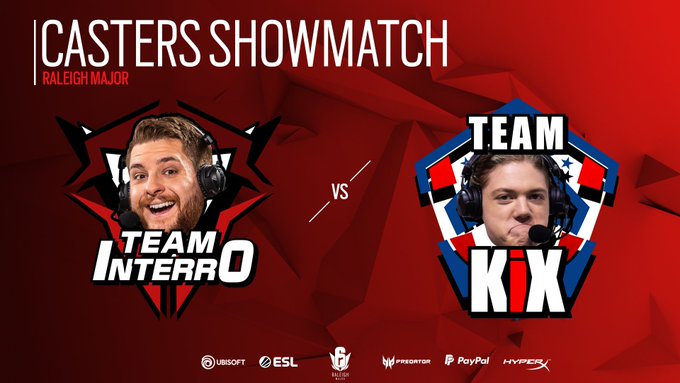 The long-awaited showdown between GOAT broadcaster duo Parker “Interro” Mackay and Michael “KiXSTAr” Stockley has finally gone down at the Six Major Raleigh and fans finally have an answer as to who the better player is—sort of.

In a ridiculous finale to an equally ridiculous match, Team Kix and Team Interro were forced into a “high-stakes” match of rock paper scissors to settle the score. Obviously, everything about the matchup was in good fun, and that much was apparent when Loviel “Velly” Cardwell whipped out the “BikiniBodhi” Clash strat on an unexpecting Robert “RaMZ” Rockhill.

Fans even got to see NORA-Rengo coach Yasuhiro “kizoku” Nishi step into a sub role. Unfortunately, the highly entertaining coach was immediately deleted by Samuel “Stoax” Stewart for a hilarious showing in the middle of an otherwise intense Major event.

Team Interro surprisingly brought it down to overtime but the fun was cut short by several connection issues—prompting a more unorthodox method of closing out the match. Mainstage host Alex “Goldenboy” Mendez refereed a “high-stakes” match of rock paper scissors between KiXSTAr and Interro.

If the outcome of the schoolyard game is to be trusted, then KiXSTAr is undoubtedly the best of the two GOAT broadcasters. Fans can now rest easy knowing that KiXSTAr is better than Interro in both Siege and rock paper scissors.

With the end of the Raleigh Major on the horizon, the stakes continue to grow. Fans can catch the official broadcast of the semifinals here.